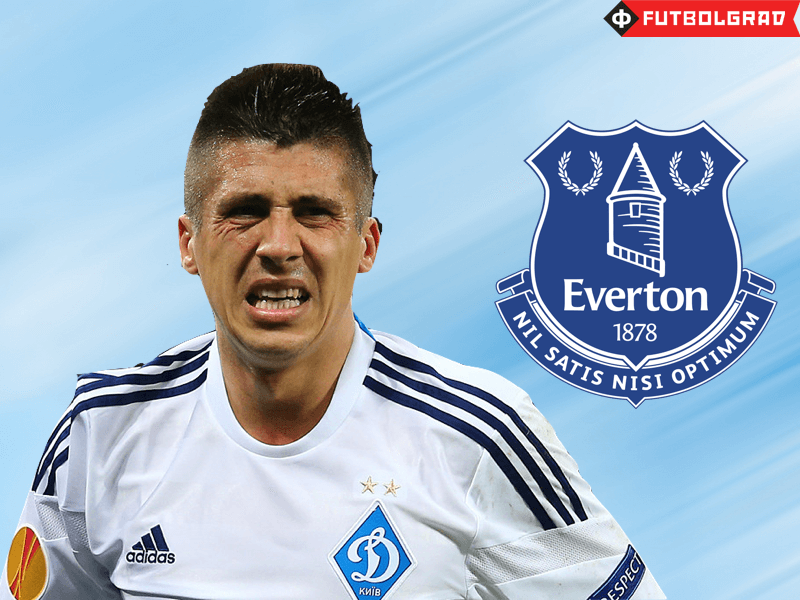 Tribuna based its report on the comments made by the Futbol 1 reporter Andrei Stolyarchuk during the broadcast of the Champions League match between Manchester City and Dynamo Kyiv. Stolyarchuk has learned that Khacheridi is considered the number one replacement for Everton defender John Stones, who is expected to join Chelsea or Manchester City in the summer.

Khacheridi already had an offer from Everton during the January transfer window, but the Ukrainian defender rejected a move to England at the time, as he wanted to play the Champions League round of 16 with Dynamo Kyiv. At the time, however, it was speculated whether a move could be in the cards for the summer.

Khacheridi was not the only Dynamo player that Everton was interested in, as the Merseyside club was reportedly also interested in purchasing Dynamo Kyiv’s super star winger Andriy Yarmolenko—yet only Borussia Dortmund made serious offer for the winger, and it remains unlikely that Everton could land Yarmolenko.

Hence, while Everton seems to be at best an outsider when it comes to landing Yarmolenko they are the favourites to land Khacheridi if he choses to leave Dynamo in the summer.

Khacheridi’s contract is set to expire in July 2017, which means Dynamo would have to sell the defender in the summer if they don’t want to risk loosing him on a free transfer. For Khacheridi this means that he has a major decision to make in the next few months, should he extend his contract and stay in Kyiv, or should he force his club to sell him to a club like Everton in the summer?

In the past the often ruthless style of the defender, if Andoni Goikoetxea was the Bucher of Bilbao then the 198 cm tall Khacheridi is the Kiev Crippler, can be both a blessing and a curse, with the Ukrainian defender not-so-fondly remembered for his needless tackle on Frank Ribéry in the World Cup 2014 qualification play-off game against France; a match which saw Ukraine concede a comfortable first-leg lead.

But Khacheridi, who according to transfermarkt.de is worth €8.5 million, seemed to have learned a lesson from past mistakes. The son of an ethnic Greek father and a Ukrainian mother, he has become a true defensive tower for Dynamo, and in 2014-15 he was one of the central pieces of a Dynamo team that won the Ukrainian championship, the Ukrainian Cup, and reached the semi-final of the UEFA Europa League.

Dynamo Kyiv coach Serhiy Rebrov seemed to have formed Khacheridi from an aggressive defender with a hot head to a defender who manages to translate his aggression into effective defending. This season Khacheridi once again formed an effective partnership with his Austrian defensive partner Aleksandar Dragović, as Dynamo are currently first in the Ukrainian Premier League where they were only scored on seven times in 18 games.

In the Champions League, Dynamo were scored on four times in six matches despite the fact that they faced the likes of FC Porto and Chelsea, and Khacheridi only collected one booking in the Champions League group stage this season. Khacheridi did, however, struggle in the first leg against Manchester City as Dynamo Kyiv lost 3-1 in Kyiv. At the same time much of this could have been due to the fact that Khacheridi, like the entire Dynamo squad, was still trying to find his match fitness after coming off a long winter break.

Khacheridi is now 28 years old, an age at which defenders are considered at their prime, and it might be now indeed time for Khacheridi to try his luck at a top European league, and his physical style of play should be a good fit with the Premier League, and Everton in particular.