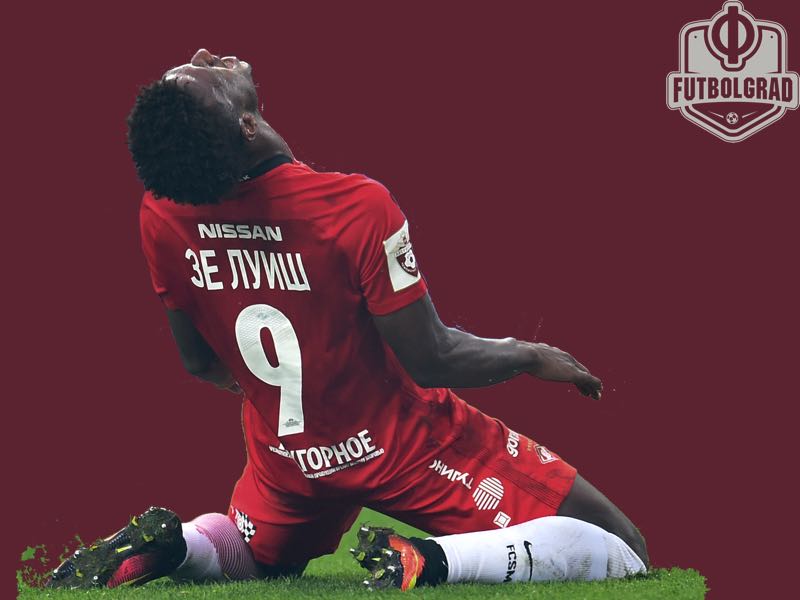 Ze Luis – What is Next for the Spartak Striker?

Spartak Moscow’s forward Ze Luis has been one of the biggest transfer stories of the Russian Football Premier League January transfer window. The Cape Verdean forward has been heavily linked with a move to the English Premier League side Brighton & Hove Albion.

Born in Fogo in Cape Verde the 26-year-old forward does not have the best numbers on paper. Scoring just two goals in ten games, Ze Luis has not precisely shot out the lights in the RFPL. At the same time, the forward is extremely valuable for his side. A strong physical forward the striker with the number 9 is a crucial part of Spartak head coach Massimo Carrera’s tactical approach.

Spartak usually plays in a variety of tactical formations, and although Ze Luis did not play in Spartak’s last two wins in the RFPL against Arsenal Tula (1-0) and CSKA Moscow (3-0). This was mostly due to an injury sustained earlier this season, which in turn has left Ze Luis looking for his top form. Being in peak condition is key for the forwards play. Using his body, Ze Luis can hold up the ball for his striking partners and although he only featured in six games this season Ze Luis has already recorded six assists.

Ze Luis is a Wallplayer

In many regards Ze Luis style of play can be compared to RB Leipzig’s Danish forward Yussuf Poulsen—other comparable players include Lukasz Teodorczyk (Anderlecht), Scott Hogan (Aston Villa) and. Like the Leipzig striker, Ze Luis cannot be measured in goals, but rather what he does on and off the ball to support his striking partners. In Germany, those kinds of players are called Wandspieler, which roughly translates into wallplayer.

Dominant in the air Ze Luis can be fed with high balls that he can either pass on or bring down control and then pass on to one of his faster partners. It is for that reason that the Futbolgrad Network’s Spartak Moscow expert Tim Bogdachev considers Ze Luis as a part of the most dominant attacking trio in the RFPL, which also include prolific attacking winger Quincy Promes and all-out striker Luis Adriano.

It is for that reason that Spartak Moscow have been adamant to hang on to their Cap Verdean forward despite offers from English Premier League clubs. Ze Luis, however, has an exit clause, which is rumoured to be €20 million. Only if a team meets the exit clause will Spartak consider letting the player go—unlike in Western Europe exit clauses are not always 100% binding in the post-Soviet space.

Spartak are therefore in a perfect position when it comes to the future of the Cap Verdean forward. Should the likes of Brighton go in and meet the exit clause Spartak would receive a handsome profit for the forward, who was signed for €6.5 million from Sporting Braga in the summer of 2015.

Together with the Champions League money earned during the group stage of this season’s competition, Spartak will be in a comfortable Financial Fair Play position to make further investments in the squad. But even without the sale of Ze Luis Spartak have earned enough money from the UCL to strengthen specific areas of an already impressive squad further. 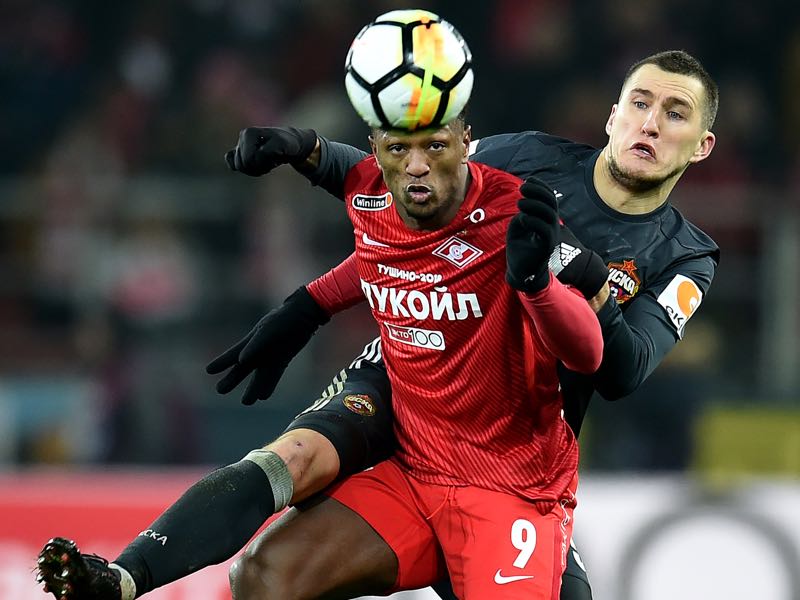 With the club in the third position, with the beginning of this season, third place in the RFPL would mean qualification next season. Players like Ze Luis are also aware of this situation and will think twice on whether they will leave a Champions League club, which also pays excellent salaries in a country where players are only taxed 13%, or make the risky move to join an EPL team at the lower echelons of the table.

What is without a doubt is that Ze Luis would be a good EPL player. Should a club sign him, they will get a player, who is capable of meeting the physical requirements of playing in England. Furthermore, Ze Luis is the sort of player that can make his teammates better by not always looking for the direct approach to goal. At the same time make no mistake the boy can also score himself and whether he will be at Spartak or elsewhere has a bright future ahead of him.