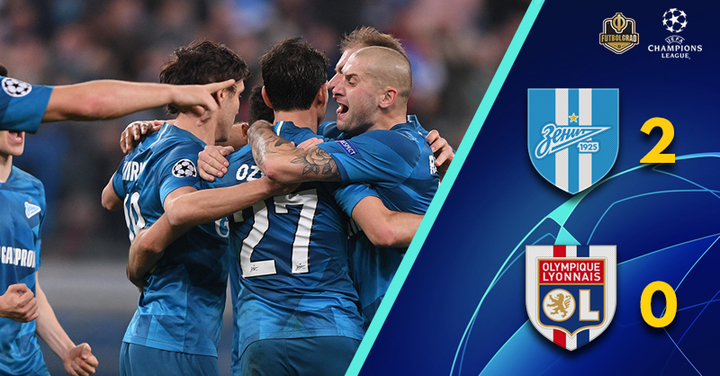 Zenit needed a win to leapfrog opponents Olympique Lyon and also to keep up the pressure on Group G leaders RB Leipzig. Not surprising, Zenit tried to take control of the match and produced the first chances thanks to excellent link-up play between Artem Dzyuba and Sardar Azmoun. In the 34th minute, Azmoun appeared to have scored, the striker had Anthony Lopes beat, but the ball rolled against the post and out. Finally, just before halftime, Dzyuba scored. The Russian national team striker was just given only a few inches of space following a corner and headed the ball past Lopes.

One goal down Lyon were now the team under pressure and, as a result, pressed further up the pitch. The first 15 minutes of the second half, Zenit had almost no breathing room as the French pumped one cross after another into the box. Lyon’s strategy was easy to dissect, the French simply tried to pick out big striker Moussa Dembélé up-front. Instead, Zenit managed to hit Lyon on the break in the 84th minute. Aleksandr Erokhin crossed the ball to the centre where Yuri Zhirkov laid the ball off to Magomed Ozdoev, whose shot from 18-yards beat Lopes to make it 2-0. It was the final note to a game in which Lyon lacked the creativity to break down a very disciplined Russian side. 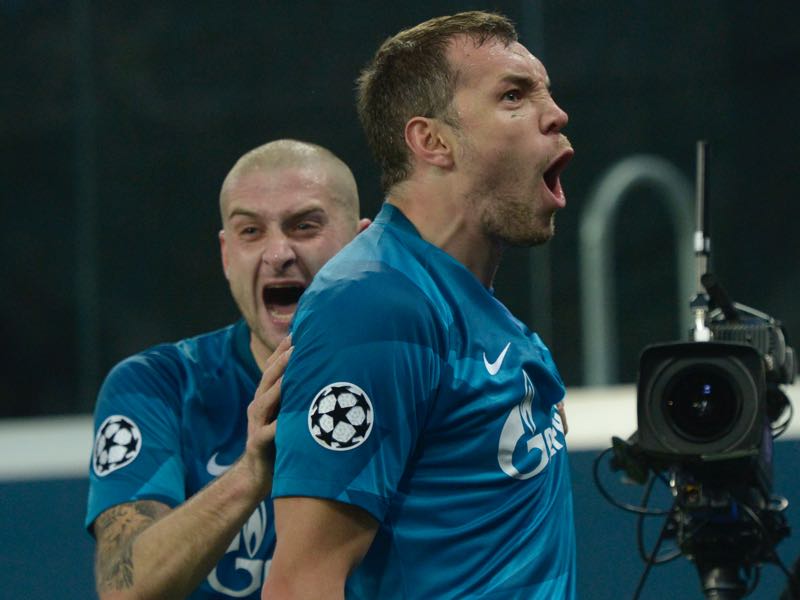 Artem Dzyuba not only scored what turned out the game-winner, but the Russian striker also put in a strong shift in the second half. Without receiving many balls, it was not an easy task for the Russian forward. But Dzyuba, although he had not many moments in the second half, was very important in Zenit’s disciplined defensive play. Always available as an outlet and important in drawing defenders, Dzyuba is a key player in Zenit’s game.

Yaroslav Rakitskiy was front in centre in Zenit’s defensive battle in the second half. The Ukrainian centre-back was one big reason why Lyon were forced to play over either wing. Inside the box, Lyon striker Dembélé had almost no room to develop dangerous attacking moments. A job well done by the 30-year-0ld.

Moussa Dembélé had a frustrating evening in St. Petersburg. The highly sought after striker struggled to get much out of the countless crosses the French pumped into the Russian penalty box. Isolated and left to his own devices, Dembélé was a symbol of Lyon’s lack of creativity in the second half.

A big win for Zenit. With the three points, Zenit have leapfrogged Lyon into second place. The result also puts the pressure on Leipzig, who will face Benfica later today at home.

Lyon, in the meantime, will now need a win against Leipzig on the final matchday to advance. For Lyon, the best case scenario at this point is for Leipzig to beat Benfica today and to qualify for the round of 16. It would likely mean that the Germans would rotate their squad for the final game. But with the way Group G is panning out, everything is possible at this stage.