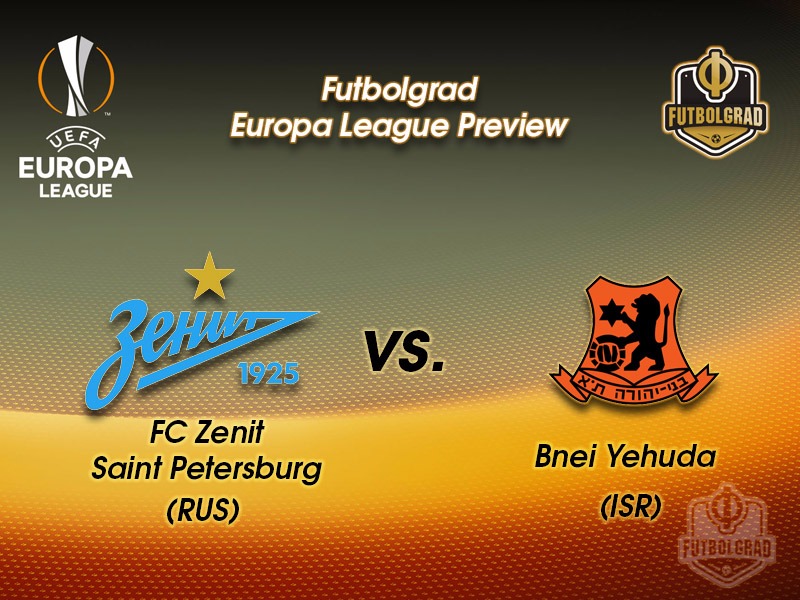 As discussed on the Futbolgrad podcast a fortnight ago when Zenit’s opponents were still unknown, given a choice between Bnei Yehuda or AS Trenčín, Zenit would most likely have opted for the latter. Any concerns over progression to the playoff round have mainly been allayed, however, by a thoroughly professional performance that has given them a healthy two-goal lead to take back to Russia.

Domenico Criscito’s firm header just before the hour put Zenit in control on Roberto Mancini’s European debut with the club, while Alexander Kokorin’s calm finish – albeit by way of a cruel deflection – rounded off a patient display that will have delighted his Italian boss. The latter’s relative Renaissance so far under Mancini has been a major highlight of the opening stages of this season for Zenit, even despite the big money signings such as Sebastian Driussi and Leandro Paredes.

Bnei Yehuda showed signs of rustiness as they left Criscito completely unmarked at the back post for his header, and will have to balance the necessity to attack with leaving gaps in defence – the perfect situation for Zenit, as they have all the tools to pick off an increasingly frantic opposition calmly. Just like AEK Athens against CSKA Moscow, though, they have no choice but to throw men forwards.

Their hope may lie in Mancini resting his first choice XI. The only problem is that the second string are still far too good, and with this week’s arrival of Emmanuel Mammana there are even more bodies for Zenit to use in domestic matches. Mavis Tchibota was picked in the first leg, and his pace will be critical for any hopes the Israelis have of hurting their hosts. A 2-0 defeat to Maccabi Tel Aviv hasn’t lifted spirits, and the local derby against Maccabi Petah Tikva just three days later they have no room to breathe.

Zenit vs Bnei Yehuda – Players to Watch Out For

After a low-key season under Mircea Lucescu, the former Dinamo Moscow wunderkind has flourished in the opening weeks in Roberto Mancini’s charge, after being trusted with a more central striking role. The difference has been significant – three goals and an assist in four games, compared to just one goal every four games last season. His impact has been so much more than statistics, however; his emergence as a go-to forward has helped edge Artem Dzyuba out of the reckoning, and in doing so has encouraged a more fluid style of play that Bnei Yehuda will find difficult to live with. 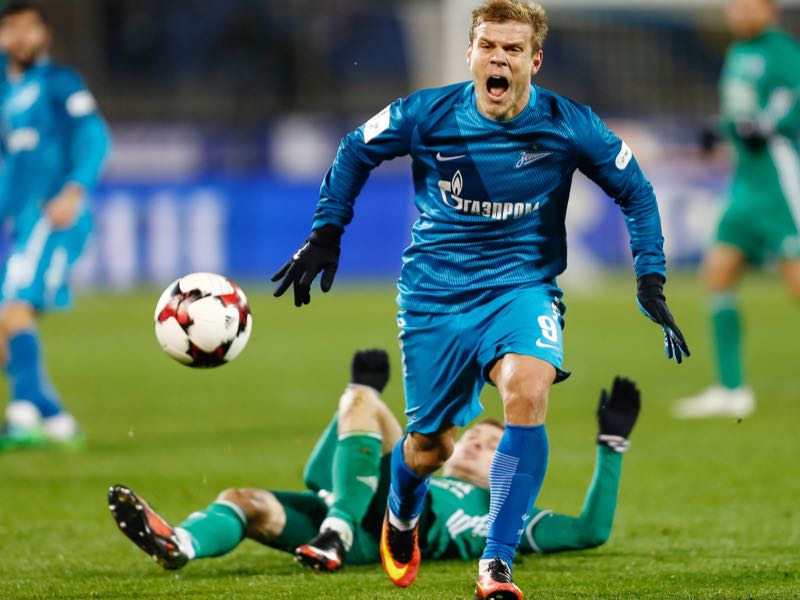 Aleksandr Kokorin is one to watch in the second leg. (Photo by Epsilon/Getty Images)

The Congolese winger has the potential to cause Zenit problems if they sit back too much, especially if Tchibota is given space to run into. Yuriy Zhirkov hasn’t started a match yet this season, but if he does, there is a lack of pace that can be exposed on the left flank. He is yet to complete a full 90 minutes since joining on loan from Maccabi Tel Aviv in the summer, but he did score in the previous round to help put his side through to face Zenit.