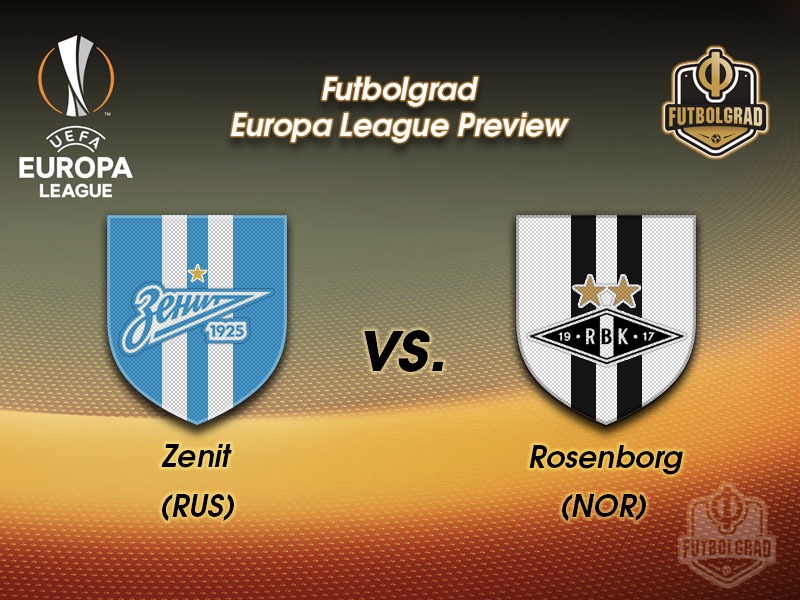 Zenit Saint Petersburg will aim to continue their excellent run of form in continental competitions after having comfortably won their two encounters so far in the 2017/18 edition of the UEFA Europa League. Their rivals on matchday 3 will be the Norwegian club Rosenborg Ballklub. Roberto Mancini’s men became the principal Group L favourites after scoring five past FK Vardar in Macedonia and subsequently defeating their only realistic group rivals Real Sociedad 3-1 at the Krestovsky Stadium.

Zenit will be the ones with the upper hand as this will be their second back-to-back Europa League game at home. Rosenborg are not a particularly strong side—they beat FK Vardar as expected, but only after conceding four to Real Sociedad on matchday 1. Zenit are no strangers to shocking defeats like the one suffered against minnows Arsenal Tula at home on Sunday, in the context of the Russian Football Premier League which Zenit are still leading even though they have not won in two games. A win against Rosenborg would mean an almost guaranteed qualification.

Sunday’s defeat against Arsenal Tula made Zenit’s handicap even more evident: creative shortage. Being forced to replace any part of the team’s backbone has only caused Mancini trouble, for it severely affects the team’s dynamism resulting in a lower number of chances created. It is like Christmas for any weaker side.

The constant need for Leandro Paredes in midfield is undoubtedly noticeable and made worse by players like Alexander Erokhin, who is by no means a bad resource, but one that has nevertheless been targeted by the press as responsible for slowing down Zenit’s attacking transition against defensive opposition in contrast with his teammates.

As it was expected, Paredes had to be brought on with the hopes of him finding the slightest fissure in Arsenal Tula’s defense, aided by the help of Dmitri Poloz, another desperate substitution. What seemed like a strike of bad luck is turning into a concern for Roberto Mancini and his team of specialists. These setbacks might not mean significant punishments at this stage of the season, but they will eventually become opportunities they cannot allow themselves to miss should they expect to achieve consistency, especially at determining stages.

As for the Norwegians, they will reach the match in quite a positive manner since they have not lost in five games, a combined record of four wins (including the one against Vardar) and a draw. A regular participant in this competition, Rosenborg has everything a team needs to upset Zenit these days, including a striker as experienced as Nicklas Bendtner up front. Although not a dominant side by any means, Rosenborg will provide the perfect test for Zenit as they are still struggling to overcome their limitations.

Zenit vs Rosenborg Ballklub – Players to look out for:

Paredes’ contribution to Zenit’s midfield is beyond question. The Argentine has everything to become a club legend, as he is a key part of Mancini’s project and has become a kind of a leader on the pitch after Domenico Criscito. In the meantime, though, the puppetmaster will be crucial to exploiting the gaps Rosenborg’s defence will probably forget to patch. His input is indispensable while Zenit push forward, relieving the likes of Aleksandr Kokorin, Sebastian Driussi and Artem Dzyuba from creative duties.

If there is anyone capable of earning an excellent victory for Rosenborg in the most epic of ways, that has to be Danish cult-hero Nicklas Bendtner. After a spell at Arsenal, his career stagnated in Germany after he signed for Wolfsburg, where he was never able to recover his previous form. Today, having paid a fleeting visit to Nottingham Forest, playing seven matches and scoring the fantastic figure of one goal, he finds himself within the comfortable environment of Norwegian football where he has already scored three times the previously mentioned amount and is even enjoying European competition. Bendtner is the player Zenit will need to look out for if they want to avoid another shocking upset. 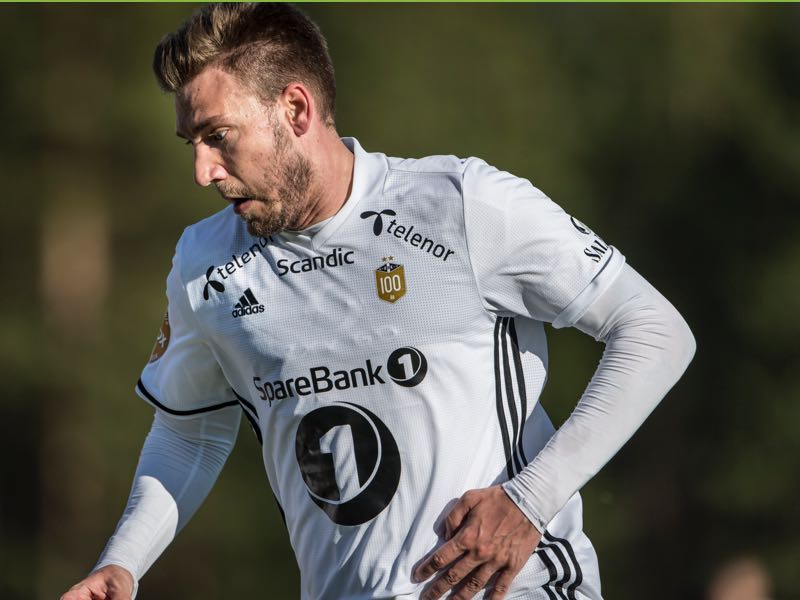