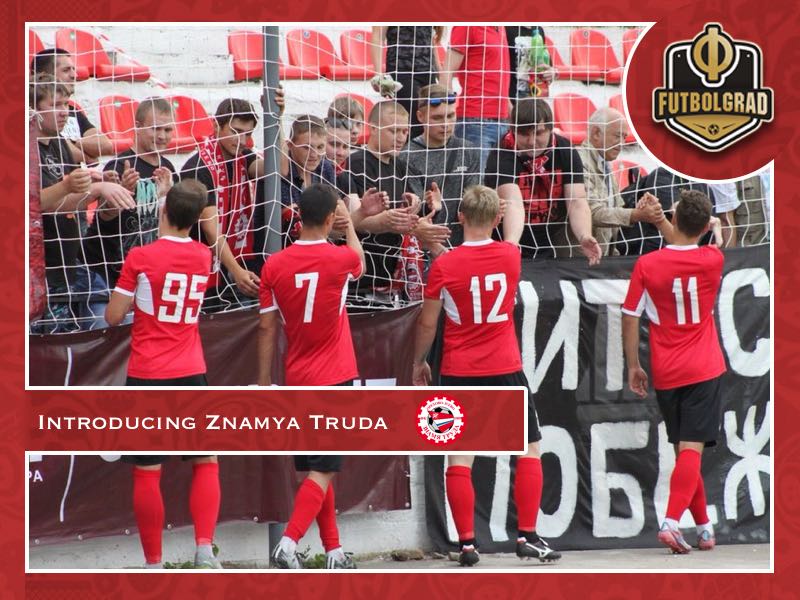 They have been called “Russia’s worst team” – and, statistically speaking, right now this is accurate. Professional Football League West team Znamya Truda have picked up just four points in 22 matches this season, and have a goal difference of -58. In their last game, they were beaten 8-0, their heaviest loss of the season, though they were also beaten 7-0 at home in the opening fixture. Relegation is not yet a mathematical certainty, but that’s about the only positive thing at the moment.

However, Znamya Truda are no empty husk to be discarded into the hinterland of Russian amateur football. Founded in 1909 just outside Moscow in the town of Orekhovo-Zuyevo, they are Russia’s oldest functioning football club and have a history that is at times sad and at times surprising. For example, one of the club’s founders was Garry Charnock, an Englishman and mill manager in the town.

Znamya Truda (the name translates as “The Banner of Labour”) were the first champions of Moscow. They spent much of the Soviet era playing lower league football, though in 1962 reached the USSR Cup final, losing 2-0 to Shakhtar Donetsk in front of 104,000 fans. In 1999 CSKA Moscow defender – and Russia’s most capped international – Sergey Ignashevich played 17 matches for Znamya Truda in his first professional season. The club’s saddest moment came in 2004: five members of staff and four players lost their lives when the club bus was involved in a high-speed collision on the way to a game. A memorial to those who died now stands outside the stadium.

Since the early 1990s Znamya Truda have mainly been in Russia’s regional PFL (the third tier), with a couple of spells at the level below and two seasons in the nationwide Football National League (both of which ended in relegation). Over the last decade, the club has become used to staving off relegation rather than trying to get back into the FNL, but are now destined to go down without even a decent fight.

In an excellent piece on the bombardir.ru website, money was – unsurprisingly – seen as the club’s biggest issue. “Only the town council funds us – we’ve got a small budget,” club captain Mishel Saveliev told Bombardir. “We don’t have enough quality players, hence the results. They say [Torpedo] Vladimir are complaining about a budget of just 36 million roubles; we have half that.” The club’s players receive between 12 000 and 40 000 roubles per month. Saveliev confirmed that they do get paid on time and “to the kopek” – not always guaranteed in Russian football – though small salaries mean players having to take on extra work to make ends meet.

Oleg Andreev, a fan and owner of the @ZnamyaTrudaFC Twitter account, agrees that finance is the main issue: “It happens every year…a tiny amount of local authority financing and nothing else”, he told the Futbolgrad Network. He also points to local apathy and even mockery: “Fans are proud of our history, but nobody in the town develops this; instead people laugh at the club”. Fans of other clubs, Andreev says, understand the importance of the history and have more sympathy.

Hope for a better future

Naively, I asked Andreev about plans for future development and possibly playing in the FNL again: “The club has no such plans – the FNL hasn’t even been uttered in conversation. Hopefully, we can somehow stay in the PFL.” Indeed, with a tiny budget, few players at the right standard and apparently little local backing, it seems difficult to imagine anything but the wrong short-term outcome. 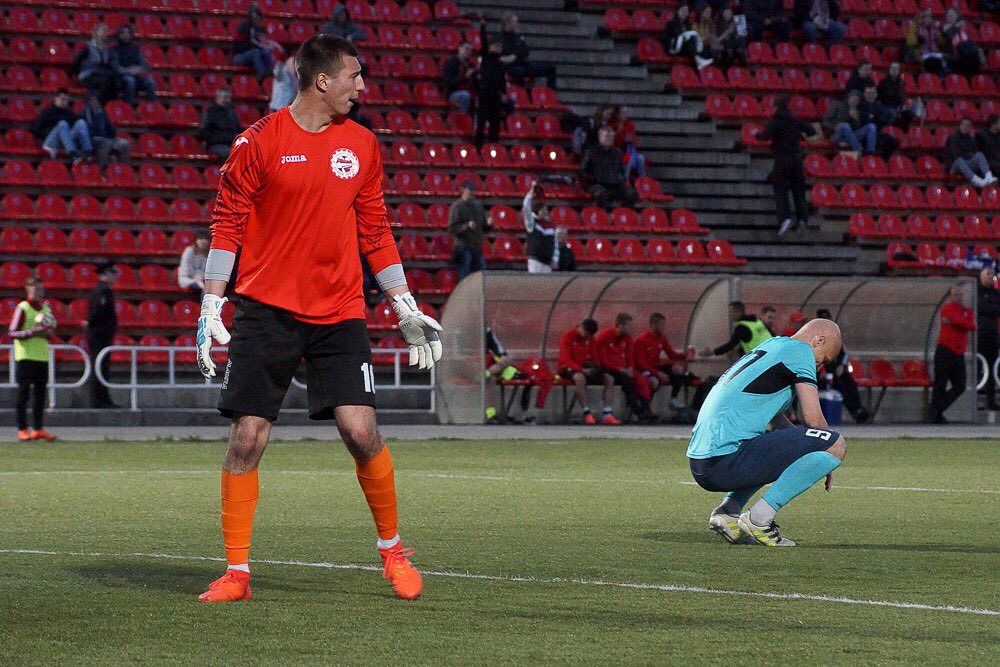 Defeat has been an all to common sight for Znamya Truda this season. (@ZnamyaTrudaFC)

But the club seems to be getting it right when it comes to its ethos. The official website notes that “the development and support of sport is one of the club’s priorities, with a clear focus on living a healthy life – especially amongst children and young people”. The club has a martial arts centre as well as a sports’ school. Bombardir.ru also note that the lack of money for players leads to local youngsters at football schools getting their chance in the team (there are four local young players in the first team squad). Perhaps this carrot dangled before the eyes is partly responsible for the healthy fifty clubs participating in the town’s five-a-side league.

Znamya Truda is an important Russian club fallen on hard times, but one with an important place in the community (even if not everyone appreciates the team’s efforts) as well as in wider Russian football history. Surely they will return quickly from amateur football, but moving on from there will depend on finding a decent sponsor. It’s difficult to feel positive about this prospect in the challenging world of Russian lower-league football, where only the chosen few receive support for promotion and subsequent survival in the expensive, unprofitable FNL. But surely some aspiring football club owner can see the merits of a club with the worst statistics but the best ethos and the oldest history…