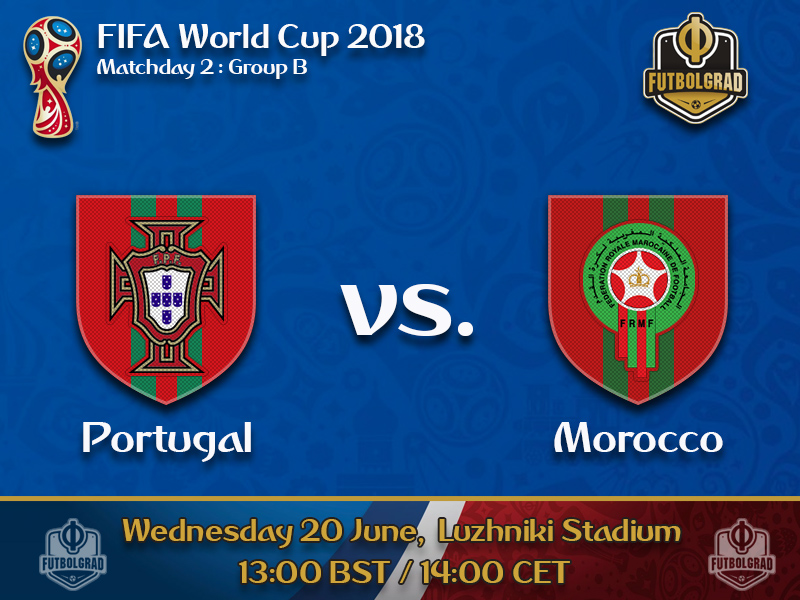 The Lions must tame a roaring Portugal after heartbreak against Iran

Portugal vs Morocco will take place at the newly refurbished Luzhniki Stadium in Moscow. (Photo by Michael Regan/Getty Images)

Fired by a wonderful performance from Cristiano Ronaldo, Portugal earned a valuable point against Spain. Meanwhile, Morocco tasted the cruellest of defeats against Iran. Aziz Bouhaddouz headed into his own net deep into stoppage time to leave the Lions of the Atlas with an uphill struggle to qualify out of Group B. Portugal vs Morocco could signal the beginning of the end for the CAF representatives if they don’t collect at least one point.

Portugal needed all the power of their talisman, Cristiano Ronaldo, to capture a draw against Spain in their first game. The Real Madrid superstar completed his hat-trick with a wonderful free kick, hitting the net from distance with just 120 seconds of the game remaining.

Andre Silva – who is expected to make a return to the starting XI for this match – spoke to the press on Monday, inferring he felt that the Portuguese were stronger, but not necessarily better. There was an air of caution that supplemented his thoughts.

“I consider Portugal stronger than Morocco and other teams. But I’m not here saying that we will win and it will be easy. We respect the other teams and we know how difficult each game is but of course I believe we are stronger.” – Andre Silva FIFA.com

Head coach, Fernando Santos, knows exactly what his top player brings to this side and he isn’t afraid to loft praise upon his captain.

“He has incredible mental endurance – it is what makes him the best in the world. Even at 3-2 he is the one who raises the team… That’s innate in him, he plays in great teams and he’s always in finals.”

While Portugal are expected to power past their African rivals, they should hope to do so in the best possible fashion. Having scored three goals but also leaked the same number, goal difference could go some way in deciding what is a tight group.

Morocco find themselves rock bottom of Group B after their late misfortune against Iran. With five minutes of added time completed it was an own goal that sealed the cruellest of fates. Aziz Bouhaddouz steered his header into the goal from an acute angle, when to nod wide looked the easier option – it wasn’t and a valuable point was lost at the death.

With Iran an unknown element for the African’s, and somewhat a surprise package the same can’t be said of the Portuguese. Achraf Hakimi could be the spy within the group, the 19-year-old will know all about Ronaldo from his position at Real Madrid – his knowledge could provide the Lions of the Atlas with a plan on how to stop the 33-year-old Portuguese captain.

Portugal vs Morocco – Players to look out for:

What can be said about Portugal’s star that hasn’t already been said the world over? Fresh from his fifth Champions League crown in May he provided a sublime display against Spain to single handily drag the Euro 2016 champions to a shared point against their neighbours and rivals. With three goals already under his belt, Ronaldo may now have an eye on the golden boot. Something that would add to his raft of personal trophies whilst also helping his national teammates to top the group at Spain’s expense.

Cristiano Ronaldo of Portugal celebrates after scoring against Spain on Matchday one in Sochi, Russia. (Photo by Dean Mouhtaropoulos/Getty Images)

The centre-forward is expected to return to the starting line up for this fixture, replacing Ayoub El Kaabi as the attacking spearhead. With 12 goals and five assists last season for his Turkish Süper Lig club side, he certainly knows were the goal is – however, Portugal’s back line may offer a sterner test for the 31-year-old. 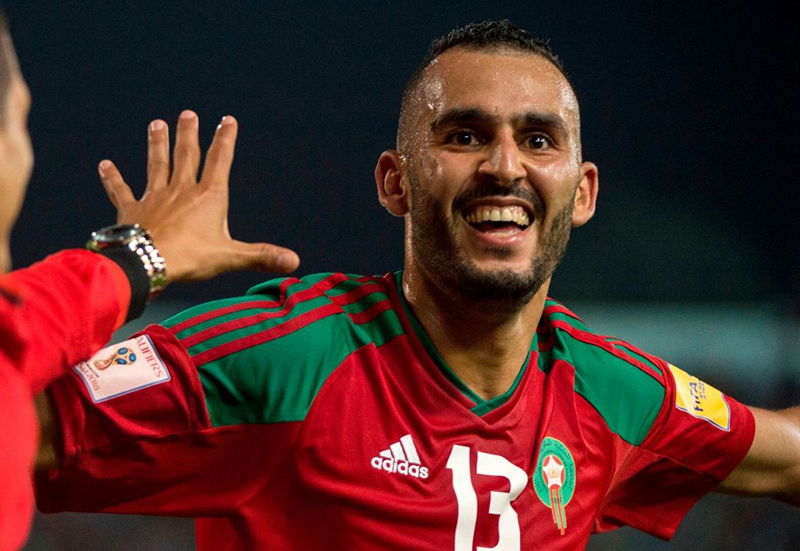