Bayern Munich have scouted him, Tottenham Hotspur want him. Right-back Dodô is in demand is in high demand and a transfer is definitely possible. But Shakhtar Donetsk are always a tough negotiation partner.

According to Transfermarkt, Shakhtar paid just €2 million when they signed the player from Coritiba in 2018. The native of Taubaté has since increased his market value to €20 million. But Shakhtar want more, several media reports have indicated that the Miners would want in the region of €45 million.

With the football transfer window heating up like usa online casino sites, clubs are becoming increasingly desperate to complete transfers. At his current price tag, Bayern Munich will be unlikely to further pursue the transfer. The Rekordmeister has been linked to PSG wing-back Thilo Kehrer. After the Lionel Messi transfer Paris Saint-Germain are looking to unload players and Bayern are always a welcome destination for German national team players.

Tottenham is another story. The Spurs will be awash in money soon as Manchester City continue to pursue their star striker Harry Kane. City will have limitless pockets thanks to their rich ownership and Kane could very well become a record transfer. 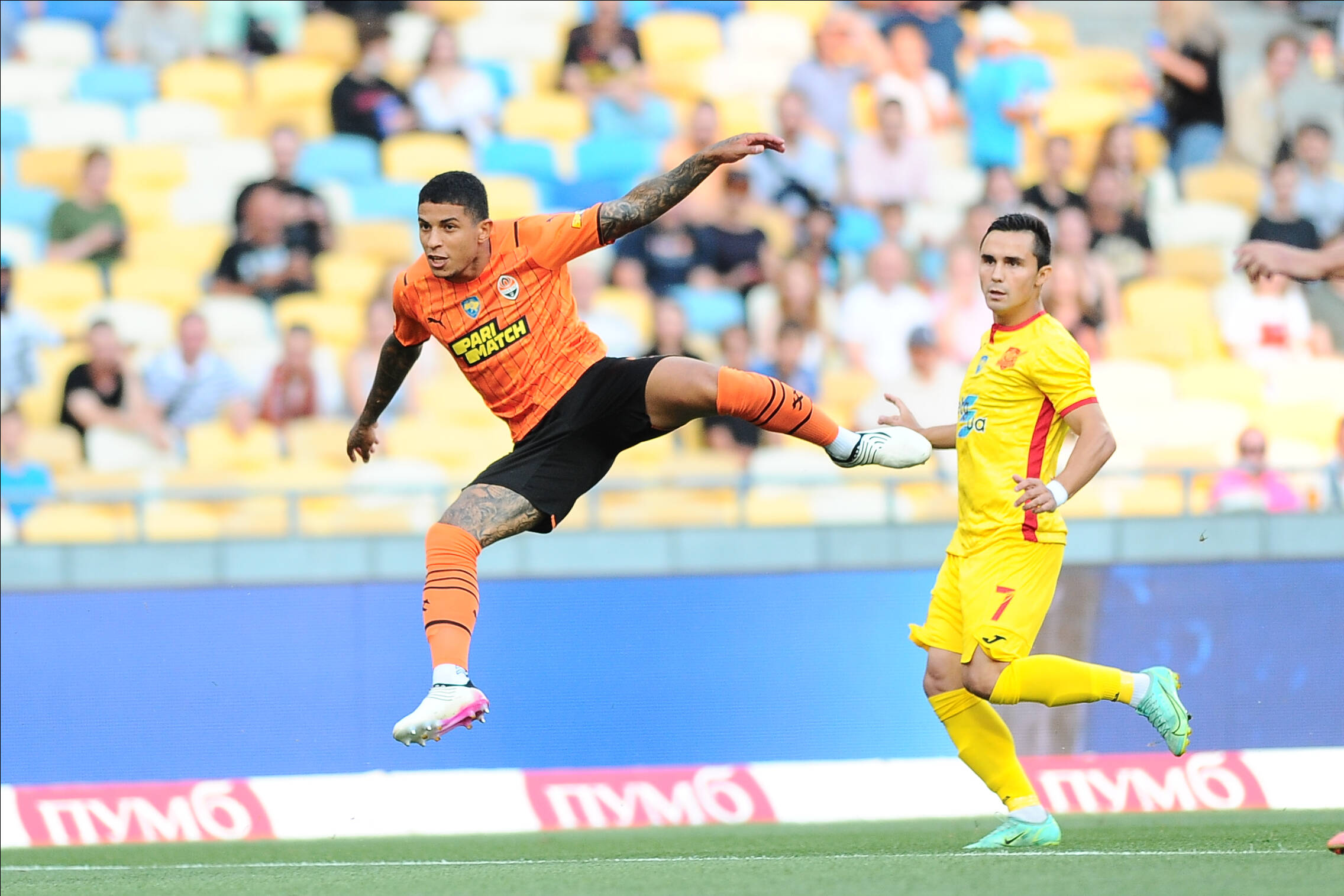 Much will depend on Shakhtar’s Champions League campaign. The Ukrainians have reached the UCL playoff stage where they will face Ligue 1 side Monaco. Qualifying for the group stage will be paramount for the club to keep some of its best talents.

“We’ve been under the new coach for just two months, but we already managed to learn a lot,” Dodô said to Shakhtar’s club homepage earlier this week. “I think we need some more time to reach a higher level. I suppose that in the first three games the team played decently, so we’ll improve it each time.”

Unlike online casinos were luck also factors in, clubs still shopping for new players cannot make mistakes. COVID-19 after all has somewhat restricted the financial abilities of many teams and a player of Dodô’s caliber is a significant investment.

With that in mind, what sort of player is Dodô? Scouts have identified the Brazilian wing-back as a player that plays in similar fashion to Barcelona’s Sergiño Dest or RB Leipzig’s Angeliño. A player, who despite being in a defensive role will add significantly to the attack. The Wyscout heatmap indicates that much and also underlines that Dodô will be ideal for a club playing with a high attacking line and plenty of possession.

That, on paper at least, makes him a better fit for Bayern rather than Tottenham. Either way, the Brazilian is a highly effective player, who this season has successfully completed 75.4% of his on average 73.39 actions per 90 minutes.

With nine progressive runs made, Dodô is currently in the top 10 of players in that category in Ukraine’s first division. Dodô also ranks in the top 5 when it comes deep completions (eight). Make no mistake, Dodô is an exciting player, who sooner or later will end up in a top 5 league, whether it will be this year or next remains to be seen.