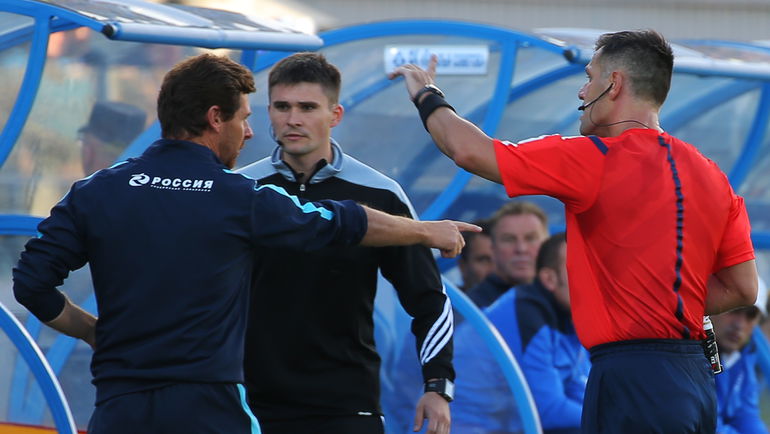 Zenit Saint Petersburg’s coach André Villas-Boas remains in the spotlight. On August 29 Sport-Express reported that Villas-Boas had asked Zenit’s management to release him from his contract at the end of last season. Then a few days later on August 31 a report from the Italian journalist Gianluca Di Marzio suggested that Zenit had contacted former Borussia Dortmund coach Jürgen Klopp about the possibility of coaching the Russian champion.

This report was swiftly denied by Dmitry Zimmermann, the press attaché of the club. Futbolgrad, however, reported on August 31 that the story regarding the possibility of Zenit signing a new coach, spotlights the rift that has developed between the coaching staff, the players, and the upper management.

Zenit’s results this season have been somewhat of a disappointment in that the club currently ranks third in the table, having experienced two spectacular defeats—a 2-0 defeat against FC Krasnodar and a 3-1 home defeat to recently promoted Krylia Sovetov Samara this weekend after which fans booed Villas-Boas and asked for his resignation.

A replay shows that the third official tried to calm down Villas-Boas by placing his hand on the coach’s shoulder—to which Villas-Boas reacted by pushing the third official away (take a look at the video and you be the judge). Officials of the Russian Premier League reacted to the incident quickly, and handed Villas-Boas a harsh six-match suspension as they considered his actions an attack on a match official. Furthermore, the head of the disciplinary board of the Russian Football Union (RFU) Arthur Grigor’yants said, “the head coach of the Zenit, André Villas-Boas, according to the regulations, cannot count on lenience, and therefore a reduction of his suspension is not possible. He was punished under direct action, which carries a minimum sentence of six-matches.”

Zenit’s press service has since released an official statement: “For a club, the suspension of its head coach for six matches is definitely a problem. After discussion with the head coach of the club, we will decide on further action.” The ominous nature of this statement is especially apparent when one recalls the recent details that have emerged regarding the current relationship between the club, and the coach.

The well-informed Russian sports commentator Igor Rabiner has even suggested that Villas-Boas could have committed the offense on purpose in order to provoke his exit from the club. Villas-Boas could just resign, but he would only receive his severance package if the club fired him. Since the end of last season there has been a major disagreement over the future of the club between Zenit’s upper management, and André Villas-Boas; the former believe that the club should reach the quarterfinal of the Champions League each year within the current budget, whereas Villas-Boas believes that the club needs additional funds in order to reach that goal.

Rumours have already emerged that Zenit has begun to negotiate the termination of Villas-Boas’ contract. This brings us full circle to the earlier reports that Klopp could soon turn up to enjoy vodka, caviar, and blinis in the city of the white nights—yet that scenario is extremely unlikely. Zenit will most likely try to hire a Russian speaking coach next, with Viktor Goncharenko (who is linked to Rubin Kazan) the most likely candidate to take over from Villas-Boas.