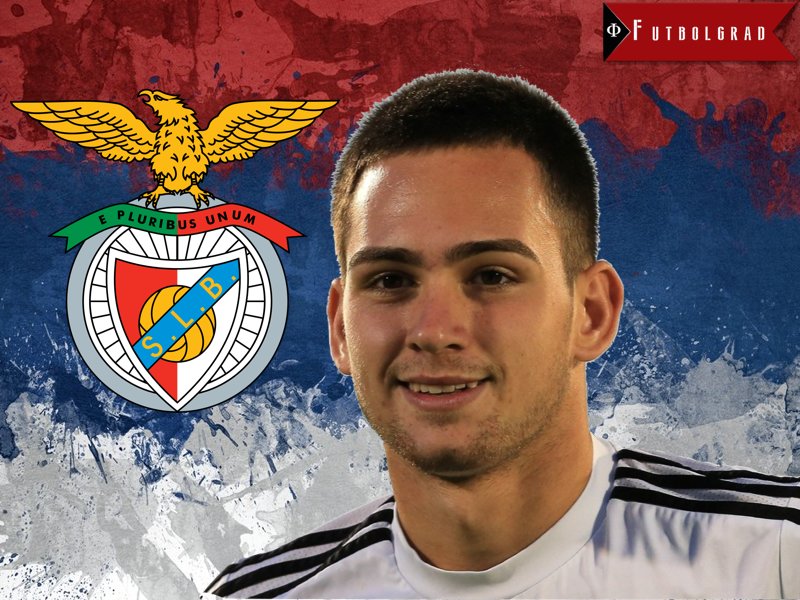 At 170 cm, Andrija Živković is standing tall and proud on the winners’ pedestal in New Zealand with the FIFA U-20 World Cup medal around his neck and the champions’ trophy in his hands. At this point, he is airborne.

He has just finished his debut major championship with 2 goals to his name, one of which was voted as the New Zealand 2015 Goal of the Tournament, but this 18-year-old Serbian winger, who is already being hailed as the “Serbian Messi,” does not have any idea that the next 12 months will be the most difficult time of his young professional career.

The Calm Before The Storm

During the following year, Andrija Živković went through a great deal in a short time. He was forced to mature much more quickly than his peers, as he experienced football’s dark side after stepping into the spotlight in New Zealand.

The 2015-2016 season was going to be Andrija Živković’s year—Partizan was competing in Europe and this young boy had the opportunity to carry the team forward and become a leader of an entire generation.

It all started so well: The 18-year-old went on to impress in the UEFA Europa League group stage with four goals and four assists, while he also added one goal and three more assists in the Champions League qualifiers for his club Partizan Belgrade.

The Black and Whites hoped that Andrija Živković would be the next in line to be propelled into stardom and thereby help his financially struggling club with a hefty transfer fee somewhere down the line in 2016 or 2017.

It all then went seriously awry for the Belgrade greats, who had sold 50% of Živković’s contract back in 2014 to Apollon Limasol, a club from Cyprus that was controlled by the managerial magnate Pini Zahavi.

The Belgrade-based club had earned just €1.2 million from the sale. Živković’s contract situation then got even more complicated when it became known that Partizan had earlier sold the player’s economic rights to a “Doni Management” agency run by former Serbia international and Olympiacos midfielder Predrag Đorđević.

Both contracts were signed at the time when Dragan Đurić presided over Partizan Belgrade, a time when Partizan were making great results on the pitch, were selling their prized assets all over Europe, but were still struggling to keep their head above water financially.

Partizan’s new management failed to find a solution for Živković’s problem. The player himself ending up being vilified for refusing to sign a new deal with the club which, up to that point, had treated him like a piece of meat.

Živković’s father added fuel to fire with his dramatic public displays through which he tried defend his son’s image, but ended up doing the opposite.

The player remained dignified, and did not respond to media speculation and accusations, not even when he was portrayed as long-time fan of Red Star (Partizan’s arch city rival).

“I believe my committed performances for Partizan were the best answer as to how I feel about my beloved club. It will be difficult without Partizan and “Grobari” (Gravediggers), but everything that is beautiful has its end”, Živković said upon the expiration of his contract at the end of June.

It is amazing that a player, who had spent almost six months on the sidelines after being expelled from the first team for rejecting a contract offer from his club, could be so mature, composed and grateful to Partizan.

Much has been said about Živković’s next club in recent months; Andrija’s father suggested in his public appearances that not only Villarreal and Real Madrid, but also clubs from Germany, Italy and England all wanted to sign his boy.

Dawn Of A New Day for Andrija Živković

Ultimately, the 19-year-old signed a 5-year contract with the club that possesses perhaps the biggest Serbian colony in Europe—the Portuguese powerhouse Benfica Lisbon.

Almost immediately after his contract with Partizan was annulled, the Serbian star packed his bags and went to Portugal. There he was submitted to rigorous physical and mental tests in a hospital in the Portuguese capital.

Once they were reassured that everything is all right with the Serbian international, Benfica presented Živković with their final offer: a contract until 2021, a €4 million sign-on bonus, and a €60 million release clause to demonstrate just how highly the Portuguese giants rated the 19-year-old winger. 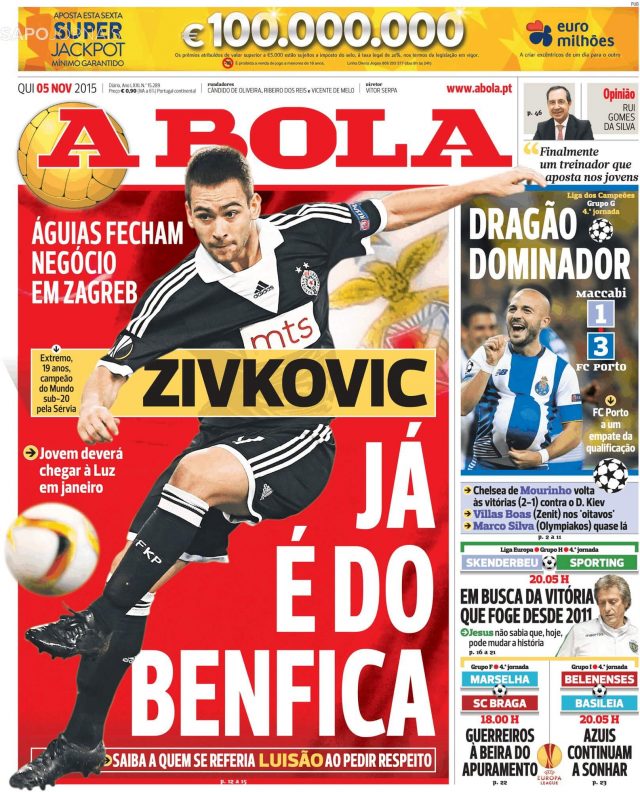 With Lazar Marković’s fantastic exploits still fresh in the memory of Benfica fans, the Portuguese club is eager for another similar player who will demonstrate his skill on the turf of the Estadio da Luz. Hours after putting pen to paper on his Benfica deal, Živković took part in a training session under the supervision of coach Rui Vitoria.

Benfica have high expectations from the Serbian phenomenon; he is expected to be a direct replacement for Nico Gaitán, who was transferred to Atletico Madrid earlier this summer.

A technically gifted player, Andrija Živković’s also has the pace and stamina to guarantee that he will thrive in a positive football environment.

Andrija Živković will not feel a stranger at Benfica, as several other Serbian internationals, as well as his former Partizan teammates Ljubomir Fejsa, Filip Đuričić, Ivan Šaponjić, and Luka Jović are all there to help him fit in to his new setting without major problems.

If things go as expected, Andrija Živković should be given an important role at his new club in the 2016-17 season. This new beginning will be beneficial for both for the player himself, and for his national team.

Serbia’s new national team head coach Slavoljub Muslin has already stated that he is satisfied that Andrija Živković has finally sorted out his contract issues.

Muslin will now be following Andrija Živković closely, as Serbia’s head coach plans to build Serbia’s tactical approach around the new wave of Serbian players who emerged in the U-20 World Cup last summer. They are expected to carry the biggest share of the load on the tough road through the 2018 World Cup qualifiers.

As for Živković, he finally has the entire world in the palm of his hand and is free to build his own destiny. As he stands at this new beginning, it is expected that the 19-year-old winger will realise his full potential at Benfica and send a strong message to all of those who judged him unfairly during the Partizan firestorm.