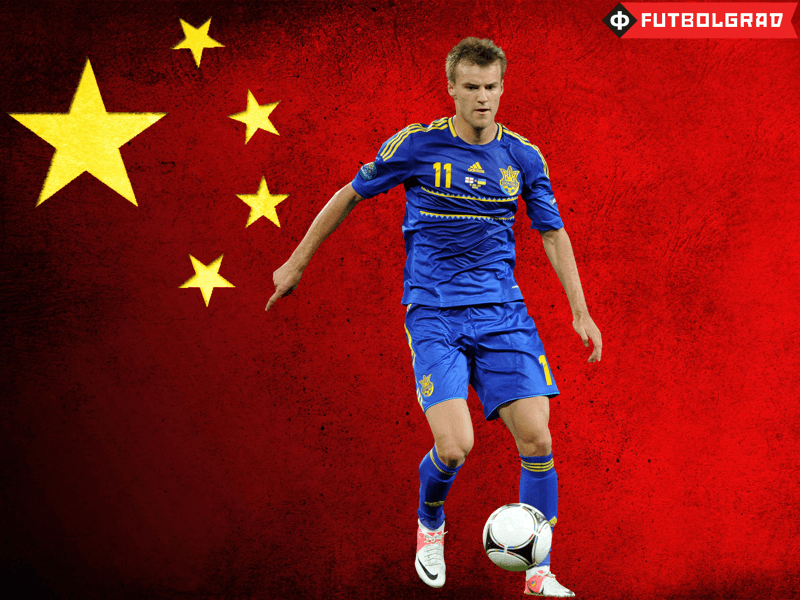 Chinese Super League clubs continue their shopping tour in South America and Europe. The latest major signing has been Paris Saint-Germain’s Ezequiel Lavezzi, who was signed by Hebei China Fortune for €5.5 million.

Lavezzi’s transfer is peanuts, however, compared to some of the other transfers that have been conducted by clubs from the Chinese Super League. Some of the more spectacular transfers include Jackson Martinez from Atlético Madrid to Guangzhou Evergrande for €42.5 million, the transfer of Ramires from Chelsea to Jiangsu Suning for €28 million, and the well covered transfer saga of Alex Teixeira—Shakhtar had rejected a deal from Liverpool FC just before the transfer deadline only to sell the Brazilian to Jiangsu Suning a few days later for €50 million.

Although the Alex Teixeira deal was the most expensive ever to be concluded by a Ukrainian club, it has now emerged that Alex Teixeira was not the only player from The Ukrainian Premier League to be targeted by a Chinese Super League team.

Dynamo Kyiv’s president, Ihor Surkis, when questioned, confirmed that the total sum of the transfer would have exceeded €50 million. “Ask whether the sum was €60 million,” Surkis answered, “I can confirm [the offer], without discussing the details on how much the amount of the proposal from China really was. But Andriy [Yarmolenko] refused to move there.” When asked whether the sum was around €60 million, Surkis conceded, “About, yes. But what’s the difference, how much money was involved, if there is no desire for the player to move there today.”

Surkis further stated, “[The transfer would have been] approximately the same amount as the Teixeira deal. With the different bonuses, the deal would have been worth even more.”

Yarmolenko could have earned €12 million a season in China, which is about five times more than he makes at Dynamo Kyiv at the moment. Yet it appears that Yarmolenko sees his future in Europe. Surkis told the media, “I am pleased that Andriy was strongly opposed to the move. Even if he wanted to go, I would have done everything possible to keep him in the team until the summer.”

Dynamo Kyiv has already rejected several transfer offers in the winter break, including a deal with Everton FC and Borussia Dortmund. Dortmund were reportedly close to landing the Ukrainian winger in the winter and, after the rejected move to China, remain in the pole position to land Yarmolenko in the summer.

On the other hand, the Alex Teixeira story highlights the possibility that the last word may not have been said when it comes to a possible move to China for Yarmolenko. Alex Teixeira also had initially rejected a move to China and in the end Jiangsu Suning offered the Brazilian a contract that was too good to turn down. Hence, it will be interesting to see whether the Chinese make another attempt at landing Yarmolenko this winter. The Chinese Super League window remains open until February 26, which is plenty of time for another shock transfer…