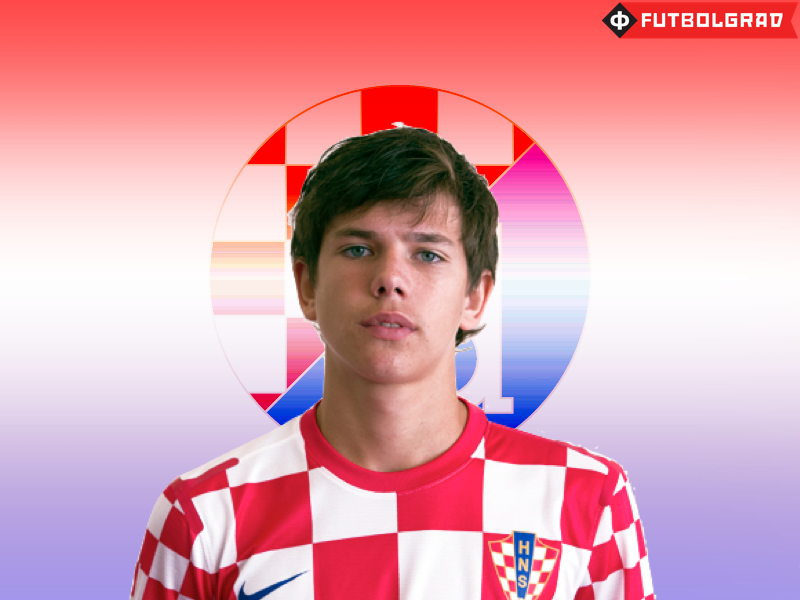 Ante Ćorić – Between the Dream and the Reality

The scoreboard at the Maksimir stadium indicated 94:45 minutes during the mid-September Champions League game between Dinamo Zagreb and Arsenal. In the fifth minute of extra-time, Arsenal urgently searched for late equalizer but the match ended with a historic 2-1 Dinamo victory. But the score could have been even more decisive for Dinamo. Here is what happened: Goalkeeper Eduardo Carvalho had launched a long ball forward and, under pressure from El Arbi Hillel Soudani, Arsenal’s defender Gabriel Paulista made a crucial mistake and passed the ball to the 18-year old Ante Ćorić. With David Ospina already on the floor, Ćorić only needed to flick it in.

Ante Ćorić – The miss against Arsenal was a turning point

At that moment Ćorić had the world at his feet. But, sadly, he blew it; Ospina saved his strike and the referee blew the final whistle. Ćorić left the pitch broken-hearted. as his teammates and Dinamo supporters celebrated into the night. Some five months later, that miss proved to be a crucial moment for Ćorić’s still young career. His performance and first team status declined rapidly as the season went on, with it all culminating two months ago when Ćorić publicly expressed his unhappiness about being at Dinamo. But, we will get to that later on…

Ćorić is no ordinary player. Even as nine-year old, Ćorić drew the attention of the media with his rare talent, including his brilliant technical abilities. Three years later, he moved to Red Bull Salzburg where Red Bull offered his parents lucrative jobs. Ćorić stayed at the Red Bull Academy for four years. At age 13 Ćorić wanted to return to his hometown, to play for his favorite club. 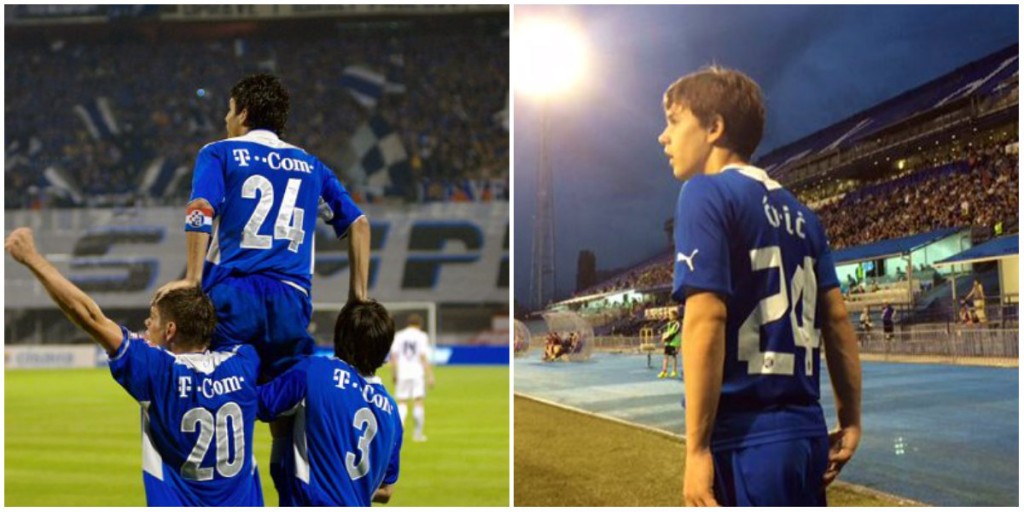 Dinamo’s 24 has big shoes to fill

In the summer of 2013, after exhausting negotiations, Ćorić signed a youth contract with Dinamo Zagreb, in a deal worth just below €1 million. This was the fulfilment of his dreams—it is enough only to mention that on his bedroom wall is an imprint of the Dinamo crest. There are not many kids these days in Zagreb with such dedication to Dinamo.

Ćorić’s primary position is attacking playmaker, a type of player that is a dying breed in modern football that is characterized by strength and speed. The role of the playmaker is also important to modern football as increasing numbers of teams tend to defend more tightly—one spark, one decisive pass or the ability to pass the player in a 1-on-1 situation could decide the course of the game. Ćorić perfectly embodies those qualities.

Besides his great technical abilities, Ćorić also possess a flair which he has displayed on several occasions—such as in away match versus Hajduk when he came on and played big part in Dinamo’s comeback from a two-goal deficit that turned the game into a 3-2 win in its dying minutes. Or such as in this season’s Champions League first leg play-offs in Albania when Ćorić came off the bench in the second half against Skënderbeu and after a solo slalom through five opposition players assisted Josip Pivarić for the winning (2-1) goal in the 92nd minute. Ćorić was the youngest goal scorer in Europa League group stage history at the age of 17 years and 157 days back in 2014 versus Astra Giurgiu (5-1). Of course, as he is still a teenager, he also has his share of weaknesses such as lack of strength, composure, and the inability to leap off the ground.

Misunderstanding with the club

Several months after signing for Dinamo, he made his senior debut and his first senior goal followed not long after. In his first senior season (2013-14) he made six competitive appearances and scored 1 goal. Last season (2014-15) Ćorić played a bigger role in Dinamo’s invincible domestic season with 33 appearances and five goals. The fairytale continued in April last year when in a grand presentation at Maksimir, Ćorić signed his first professional contract by putting his signature to a six-year deal. The ceremony involved champagne and festivities at the clubhouse not seen since Robert Prosinečki’s return in 1997. 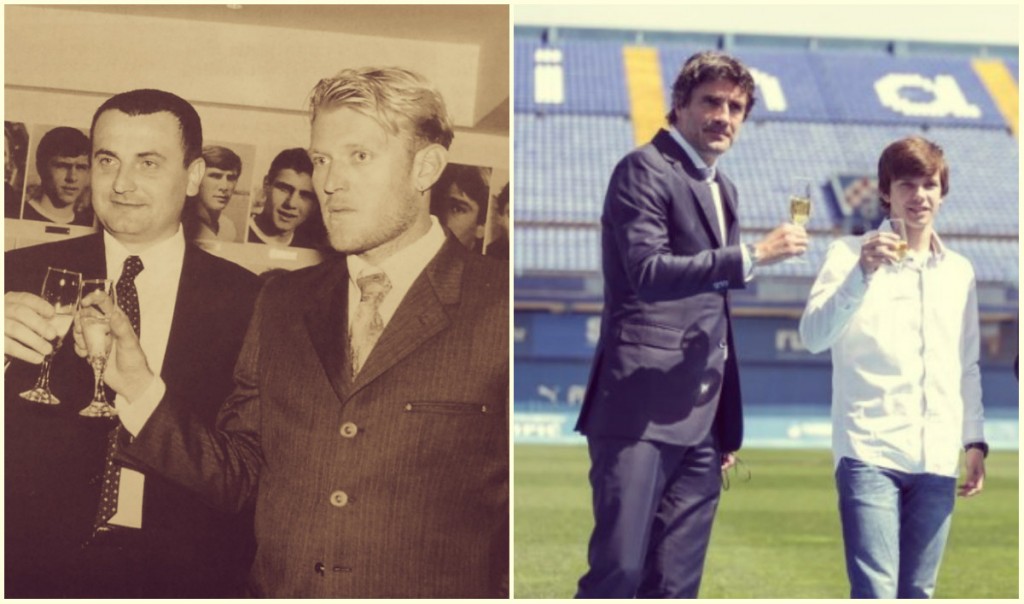 The current season also started promisingly for Ćorić, as he put in a good performance in the opening week of the Prva HNL in a derby match versus Hajduk (1-1). Now, however, we’re getting back to that crucial Arsenal miss, after which the burden of expectation on his shoulders became a problem.

Approximately two months ago, he publicly expressed unhappiness at being part of Dinamo Zagreb due to lack of first team football and his deteriorating relationship with head coach Zoran Mamić. That was, at least, the official version. In 2015 he played 46 out of 57 competitive games, which is more than 80% of all Dinamo Zagreb games. Hence, the real reason for his unhappiness at Dinamo was connected with his contract with the club and recent negative developments with Dinamo’s management, especially with executive president Zdravko Mamić (more on that story here).

The media reported that his father Miljenko was the architect of Ćorić’s stated desire to leave the club. As it was Miljenko who told the media that Ante’s career at Dinamo was going to end in the near future.

A summary of the saga is as follows: Everything started when the Portuguese media reported that Ćorić’s father attended one of Porto’s Champions League games and allegedly tried to transfer his son to Portugal. Soon after, Ante Ćorić signed a contract with Doyen Sports Investment Company, which now represents him. Then it was alleged that “unofficial representatives” of Real Madrid visited his father’s café and talked with the father about Ćorić’s future. The media then hyped the interest from all around the continent, and linked the youngster with clubs such as Manchester City, Bayern Munich, Real Madrid, and FC Barcelona.

But with no official offer made to the club, head coach Zoran Mamić stated that Dinamo would only sell Ćorić for a club record transfer fee (the record transfer fee to date is €21 million, which Dinamo received when Luka Modrić moved to Tottenham in 2008). After the Dinamo vs Bayern game (0-2) Ante wrote on Instagram: “Yesterday, today, tomorrow – always in my heart. DINAMO ZAGREB”.

Just last week (January 5) Ćorić ended the transfer speculation and committed his future to Dinamo Zagreb with the words: “It’s done, I’m staying at Dinamo! Today we had a meeting, talked openly, and came to an agreement. The people at the club promised me better treatment. I know now that I’m going to play here, that I’m going to become an important player. For me the most important thing is that in the future everything will be done in the correct way. And for my part I will continue to fully commit to all of my obligations at the club. I am delighted, as everyone knows how much Dinamo means to me.”

It was evident that no club at this point was willing to pay a large amount of money for the wunderkind and staying in Zagreb for several more years is generally regarded as exactly what Ćorić needs right now. At Dinamo he should lay down the foundation for his career (as Modrić did before leaving at age 23) by proving himself as a player who can consistently make magic happen on the pitch, and by maturing as a footballer. The wearing of former club legend Eduardo da Silva’s number 24 jersey, the extensive publicity of his contract-signing ceremony, and his promise to “bring supporters back to stands and sell out stadiums” while in Dinamo, are all peripheral. As somebody intelligent once said, there is a fine line between dreams and reality.