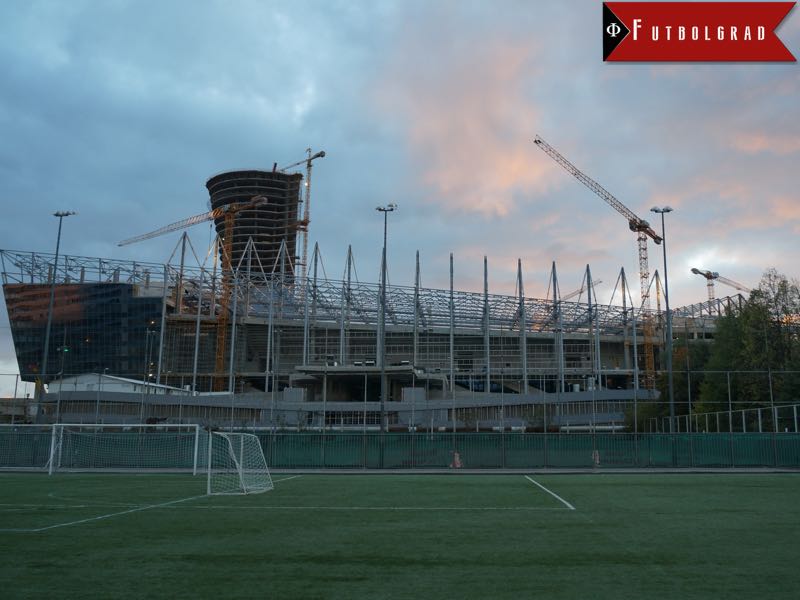 Arena CSKA – A Promise for a Brighter Future

Arena CSKA is one of the most beautiful stadiums in the Russian Federation. Opened this season, the arena is the home of CSKA Moscow and has the potential to take the club to a bright future. But building a new stadium can come at a high cost and always involves certain risks.

A recent report by UEFA has ranked CSKA Moscow as the club with seventh largest debt of all club teams in European football. After checking some betting sites, we found out that the the team was ranked behind Manchester United (€536 million), Benfica (€336 million), Inter Milan (€306 million), Valencia (€285 million), Queen’s Park Rangers (€279 million), and AC Milan (€249 million), with a debt of €224 million.

Much of CSKA Moscow’s current debt stems from the recent construction of the Arena CSKA. The 30,000 seat capacity stadium was opened on August 7 in a friendly against Chelsea FC.

Arena CSKA was actually financed by the club

Located at Khodynka Field, not far from the club’s original training base, the stadium cost the club €350 million. Unlike most stadium construction projects in the Russian Federation, CSKA Moscow built the stadium without receiving state subsidies.

Since taking over the club in February 2001, Evgenii Giner has established CSKA Moscow as one of the best clubs in Russian football. Under his leadership, the club won five Russian championships, seven Russian Cups, and the UEFA Cup. The owner of several regional energy companies, Giner was never considered one of the super wealthy elite of the Russian Federation.

Giner, however, is a shrewd operator, and his connection to the business elite of the country has meant that he was always able to secure financial backing from the likes of Roman Abramovich—who at one point was even thought to be the official owner of the club, although links between CSKA Moscow and Abramovich, beyond Sibneft’s massive sponsorship deal with the club in the early 2000s, could never be fully established.

Sibneft’s massive sponsorship contract meant that the club could outspent clubs from the west and, after winning the UEFA Cup, there was even talk about a emerging new superpower in European football. The end of the Sibneft connection, however, and the change of the Russian economy in general, has let to a switch in policy.

CSKA Moscow, consequently, has responded by becoming a club that always operates with foresight in the transfer market—bringing in players, who can be sold at a profit in the future. Recent examples of this strategy include Seydou Doumbia, and Ahmed Musa.

Giner, in fact, has consistently shown the ability to make tough decisions with a view for the long-term future of the club. Building Arena CSKA demonstrates this. As Andrew Flint has pointed out in the recent World Football Index Futbolgrad Special Podcast on the World Cup Arena, CSKA is a wonderful facility that fulfils all the needs for a football specific facility. 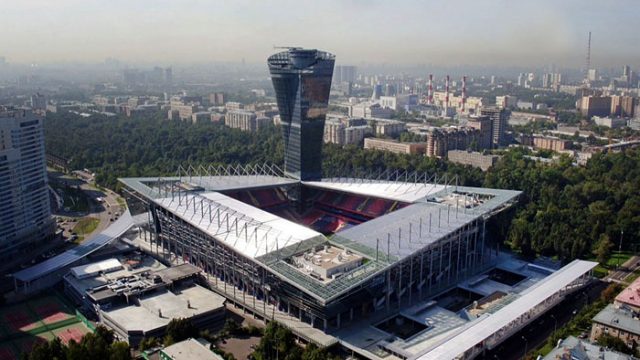 With a capacity of 30,000, the facility is the perfect size for Russian football, where clubs seldom are able to attract massive crowds that are common in leagues like the Bundesliga. At the same time, building a facility on the club’s budget can come with some risks.

The example of the London-based club, Arsenal, demonstrates that clubs which build their own stadiums without government subsides, may have to accept that they are going to be less flexible on the transfer market. Arsenal opened the Emirates Stadium in 2006 and, for years after, manager Arsène Wenger had to preach to Arsenal fans that his hands were tide in the transfer market until the stadium was paid off—it was not until 2013 that Arsenal made a major move buying German international Mesut Özil for €50 million from Real Madrid.

The opening of the Arena CSKA, and the huge debt resulting from its construction, explains why CSKA Moscow have been fairly reluctant on the transfer market. The club, for example, was in the market for a new forward during the summer transfer window, but had to settle for Lacina Traoré, who was brought in on a loan deal from AS Monaco.

Arena CSKA will only benefit the club in the long run

Now in the winter, CSKA Moscow, once again, seem to be reluctant to spend. The club remains in desperate need to bring in a forward, but will likely settle for Vitinho, who has returned from a lengthy loan deal with Internacional in Brazil. Meanwhile, city rivals, Spartak Moscow, have brought in a proven goal scorer in Luiz Adriano.

Luiz Adriano was also linked with a move to CSKA at one point. But, although Spartak signed him for just €1 million, CSKA were out of the race because they could not afford the Brazilian’s salary.

The massive debt accumulated from building the new stadium means that the club will have to very careful on spending in the short-term. But it is not all doom and gloom for CSKA fans.

Unlike most clubs in the Russian Football Premier League, CSKA has their own stadium, which will sharply improve the club’s profile at home and abroad. Furthermore, planners were smart to include space for businesses and a hotel in the facility, which means that the club can generate income from non-football related activities. This, together with sponsorship contracts, should aid the club in paying off the debt related to the stadium.

In the meantime, CSKA Moscow have one of the best youth academies in the country, which means that the club can promote from within. Some of these talents were already visible this season, and there are more players to break through from the academy in the near future, which will also aid the Russian national team.

Once the Arena CSKA is paid off, CSKA Moscow will be in an enviable situation in which the paid-off stadium will be completely owned by the club. Until then, fans will have to be patient, and buy into the system of head coach Viktor Goncharenko, who will likely focus on youth, and signing young players who can be developed long-term. Once the stadium is paid off, the club will have a bright future in Russian and European football.