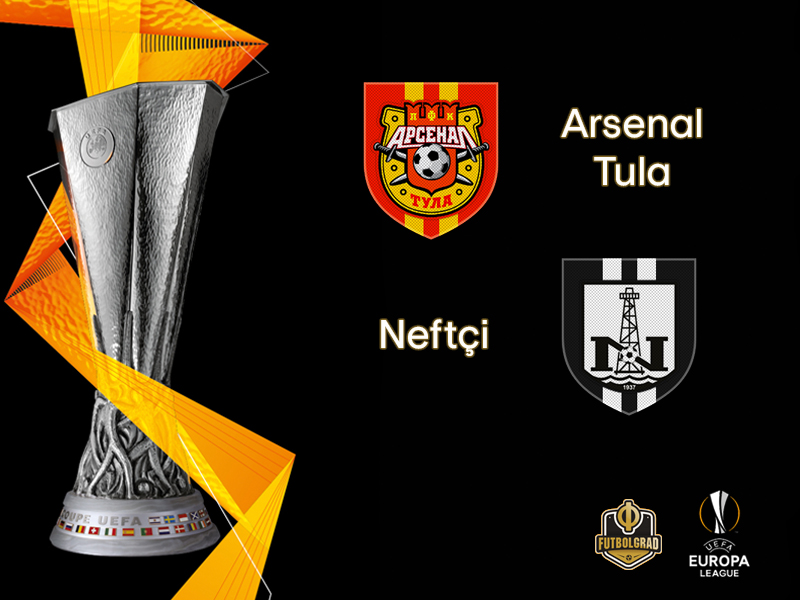 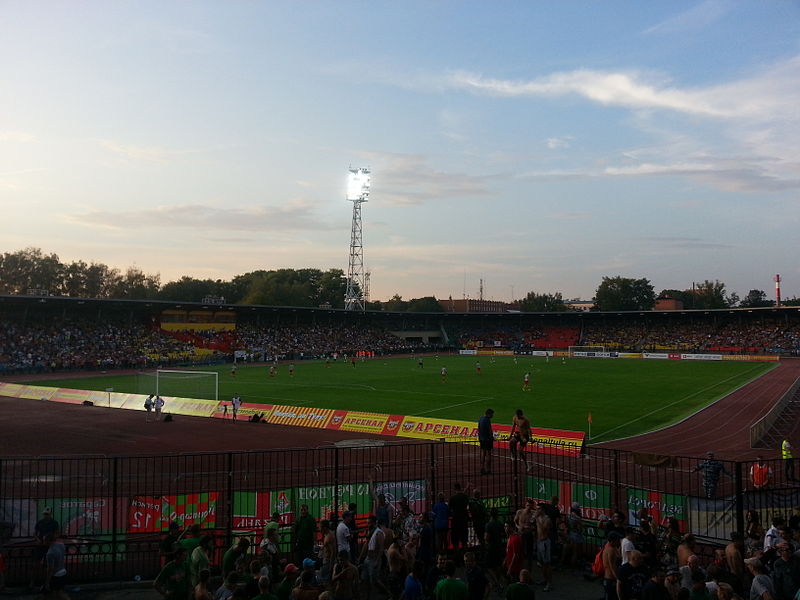 Arsenal Tula vs Neftchi Baku will take place at the Centralniy Stadium in Tula (CC-BY-SA-3.0)

Arsenal Tula enter unknown territory on Thursday as they take their first tentative steps into Europe against experienced if relatively unsuccessful opposition on the continental stage. Last summer saw an eventful qualification campaign for Ufa in similar circumstances; both clubs are relatively fresh in top-flight terms, and both relied on a less direct route to their maiden Europa League ventures. Ufa came within a whisker of going all the way to the groups but fell at the last hurdle to nine-man Rangers. Ultimately, the intense pressure of fixtures piling up so early cost them dearly as they struggled against relegation.

That is where the similarities end, though. Ufa are famed for their development of youth players into an organised but spirited outfit, whereas barring couple of new players coming through in Lameck Banda and Kings Kangwa, Arsenal have tended to bring in short-term fixes on loan to patch together a swashbuckling gung-ho approach. For much of the last domestic season they were the highest scorers on home turf, and they claimed some impressive scalps including Zenit St. Petersburg and Moscow trio Spartak, Lokomotiv and CSKA.

The cautionary tale of Ufa will be unavoidable. Arsenal look a more complete squad than Ufa so in theory should be slightly better equipped to cope with the gruelling schedule. Rattling in three goals last weekend away from home – where they have traditionally been rather weak – is an obvious confidence booster. Manager Igor Cherevchenko has played in over 30 European matches though, and is far too intelligent to dismiss the pressures that come with such adventures.

Neftchi Baku are once again on the Europa League campaign trail, but in over a dozen continental campaigns they have only made the competition proper once. In fairness, they did stretch their legs with a comfortable 9-0 aggregate win over Moldovan minnows Speranta Nisporeni in the last round, and also have the added benefit of not having started their league campaign. In fact it might be debatable how much of an advantage that really is in the immediate short term; at least Arsenal have already been tested in trying conditions.

Neftchi are one of few Azeri clubs that actually charge an entry fee for domestic matches, and have a long and storied history in Soviet football. With over 80 years of history, they count 1966 World Cup Final linesman Tofiq Bakhramov as one of their former players, and used to play in the classic Soviet venue that bares his name in the centre of Baku. In the era when republics were effectively represented in the Soviet leagues by one superpower club, Neftchi were Azerbaijan as far as most people were concerned.

Irresponsible spending that fuelled a heady dash into Europe a decade ago cause an inevitable crash that the club are just about recovered from. A whopping 17 points clear of third-placed Sabayil – in an eight-team league – demonstrates their relatively rude health. There is still a host of foreign imports bolstering the squad, and they are still able to poach the best talent in the league, so to overlook the threat they pose now in light of past failures would be naive in the extreme of Arsenal Tula.

The Zambian international winger was sidelined slightly last season with on-loan duo Reziuan Mirzov and Zelimkhan Bakaev both first choices in the starting XI. With that pair now gone, Kangwa is the senior wide player and has a golden chance to re-establish himself in the side. His intelligent close dribbling sets him apart from other mere speed merchants and will be vital against what is likely to be a very packed defence. With all other options in his position 21 years of age or younger, it is critical that Kangwa takes full control of the game moving forward, otherwise Arsenal will start to run out of ideas. 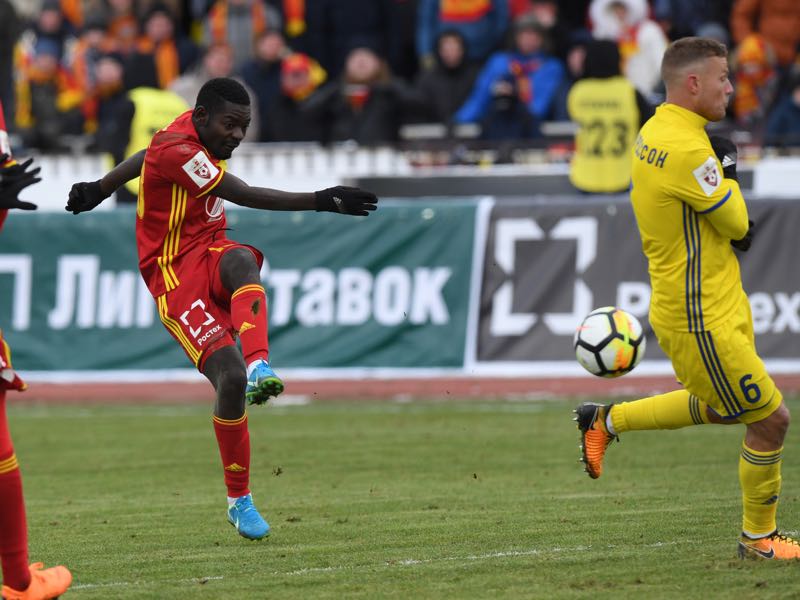 Evans Kangwa (l) of FC Arsenal Tula vies for the ball with Ragnar Sigurdsson of FC Rostov during the Russian Premier League match between FC Arsenal Tula and FC Rostov at Arsenal Stadium on March 17, 2018 in Tula, Russia. (Photo by Epsilon/Getty Images)

The Frenchman is a new arrival from Azeri Cup champions Gabala and brings an explosive quality to the visitors. He has been used across the forward line in his career, hence his impressive appetite and bravery in the penalty area, but through his range of positions he has developed other equally valuable assets to his game. Neftchi will be set up primarily not to lose but will thrive on the counter-attack. Joseph-Monrose is lightning quick and extremely confident in his ability to hold onto the ball under pressure. Containing his instincts will be key. 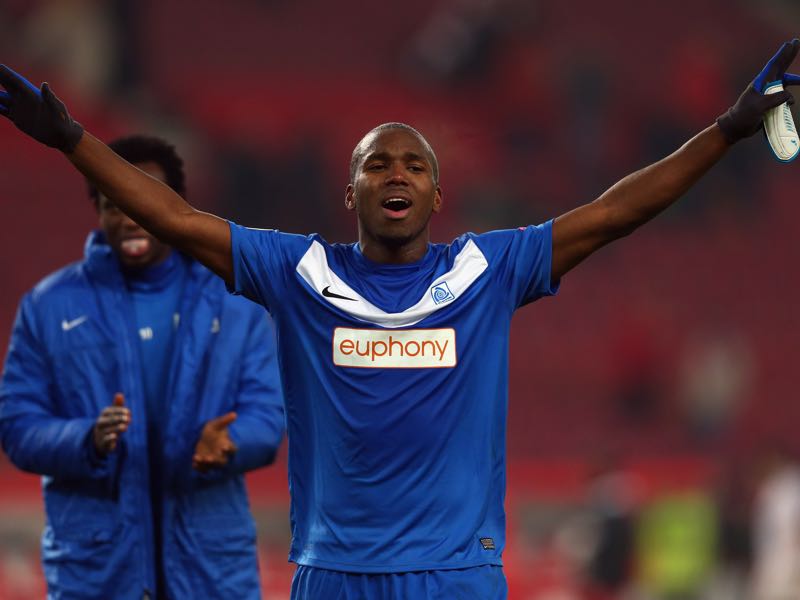