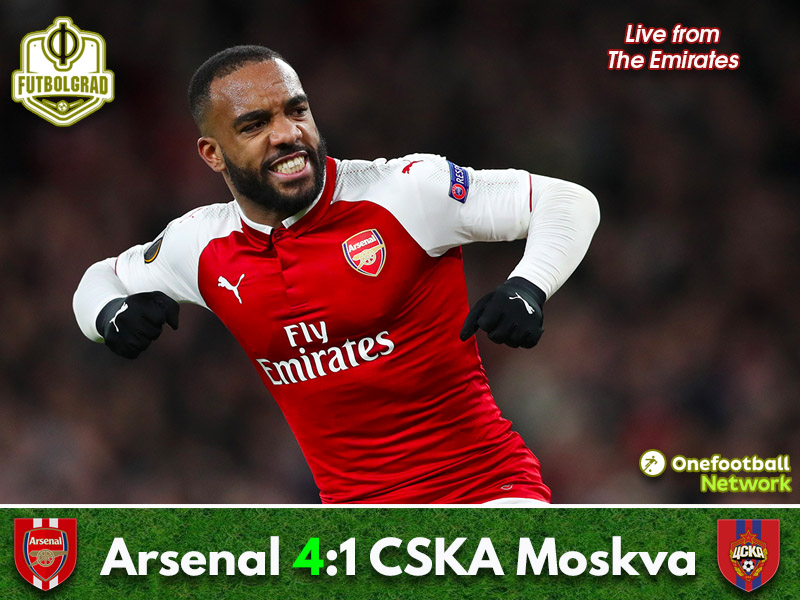 Arsenal vs CSKA Moskva rocketed into life from the get-go, but not before the host’s fragility reared its head on a night that the Gunners eventually got to grips with, despite an early fright from their Russian visitors.

‘End to end’ – probably not the first thought of anyone inside The Emirates prior to kick off, but it was soon to be their only focus.

Henrikh Mkhitaryan was the first player of the night to go close, his shot just crept agonisingly wide of the Moskva upright. The Armenian on the end of some majestic interplay between Nacho Monreal and Mesut Özil as the Gunners cut through their visitors with ease.

Seconds later and it was the Koni’s turn to rip down the pitch, Ahmed Musa busting through the Arsenal backline before being incorrectly flagged offside – TV replays showed Héctor Belllerín had played the Nigerian onside.

Fast forward a mere matter of moments and Arsenal had the ball in the back of the net, Ramsey wheeled away in celebration but was quickly brought to a halt by the assistant’s lofted flag. The Wales international wasn’t to be denied his goal for very long however, 60 seconds later and the midfielder slotted home from close range – it was the least the hosts deserved after a high tempo start.

The early goal didn’t rattle the side from the Russian capital and they were soon to be rewarded for their attacking mindset. Laurent Koscielny gave away a cheap free kick on the edge of the Arsenal box and Alexsandr Golovin dispatched the opportunity with ease – Peter Čech didn’t stand a chance. If the hosts were worthy of their early lead then the Koni were equally rewarded for their start to the game.  One-one and the game was 15 minutes old.

What followed was a response that will have undoubtedly pleased Arsène Wenger – three goals in an action packed 12 minutes.

Alexandre Lacazette converted from the penalty spot after Georgi Schennikov brought down Özil in the box. The Arsenal third came soon after – Ramsey with a beautiful mid air flick that left Igor Akinfeev routed to the spot. All the goalkeeper could do was watch the ball loop over his his head and into the net behind him.

Three soon became four as Lacazette grabbed his second of the night, a well taken shot that had goal written all over it from the moment it left the Frenchman’s foot.

As half time approached the score wasn’t fully reflective of the CSKA performance – Musa had two clear opportunities to heap misery on the hosts whilst Alan Dzagoev should have done much better with his sight of goal. The 27-year-old tickled his shot towards Čech when any sort of power would have seen the net bulge.

As the teams came out for the second half you could have forgiven CSKA for sitting back, but they didn’t. On another night the five chances that ended in the North London stars could have resulted in Moskva goals – Arsenal were certainly hospitable, and Golovin’s strike shouldn’t have been the only notch the vistors take back to the VEB Arena.

As the second half ticked onwards the host’s superior quality began to shine through. If CSKA should have added to their tally then Arsenal should have done likewise. Lacazette could have had his hat-trick on 68 minutes, Özil and Monreal will also be wondering why their names weren’t listed on the Arsenal scoreboard come full time.

As it stands, CSKA did enough to frighten their hosts but a lack of quality in the final third leaves the Koni with a hill to climb back in Moscow.

The Leicester loanee showed why the Foxes were keen to secure his services back in 2016 for €18 million. Twisting and turning down the CSKA left he ensured Héctor Belllerín had a defensive night to forget. The Nigerian should have registered at least one goal in London – he will have given Arsène Wenger food for thought on just how to patrol the Gunner’s right side for the return leg. 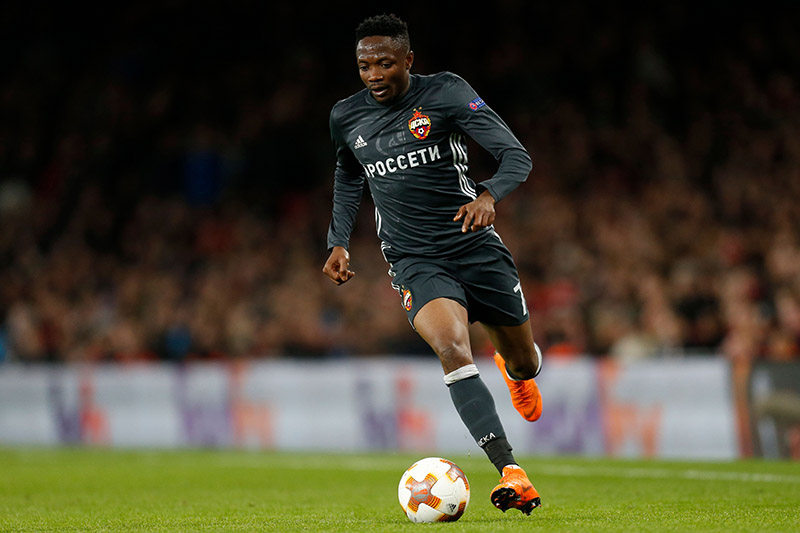 Wasteful CSKA – the Koni should be returning to the capital with much more than their solitary goal. From their 11 crafted opportunities, four tested Čech whilst seven sailed high or wide. Any clear chances will have to be taken at the VEB Arena should the Muscovites harbour any hope of turning around the aggregate score.