Allahverdi Bagirov is a legend in Azerbaijan. The Fubolgrad Network retells his story.

It is difficult to talk about Qarabag FK without mentioning their courageous and tragic history. The club were founded in Aghdam, a town of rich history in the Nagorno-Karabakh region, and played in the Azerbaijan championship in the Soviet era. After the USSR ceased to exist, they won the title in 1993, but at the same time huge ethnic conflict erupted in the region.

Armenian forces captured Aghdam, destroying most of it—including the Imarat stadium—and committing war crimes. The local Azerbaijani population had to flee to other parts of the country, leaving Aghdam the largest ghost town in the world. It remains empty today.

Bagirov was a footballer and a hero

Allahverdi Bagirov was a footballer and a hero. Not the hype kind of heroism that is celebrated in modern media when a footballer scores a goal, makes a last ditch tackle or a goalkeeper dives bravely at a centre-forward’s feet. Former Qarabag coach was a real hero.

During the “Golden Wheat Cup”, he was the Horsemen’s captain against a team from Jabrail in 1970. In 1976, Bagirov became the club’s head coach.

“He was my first football coach. Allahverdi Bagirov taught us to be kind and honest. He was a great role model for many footballers.” 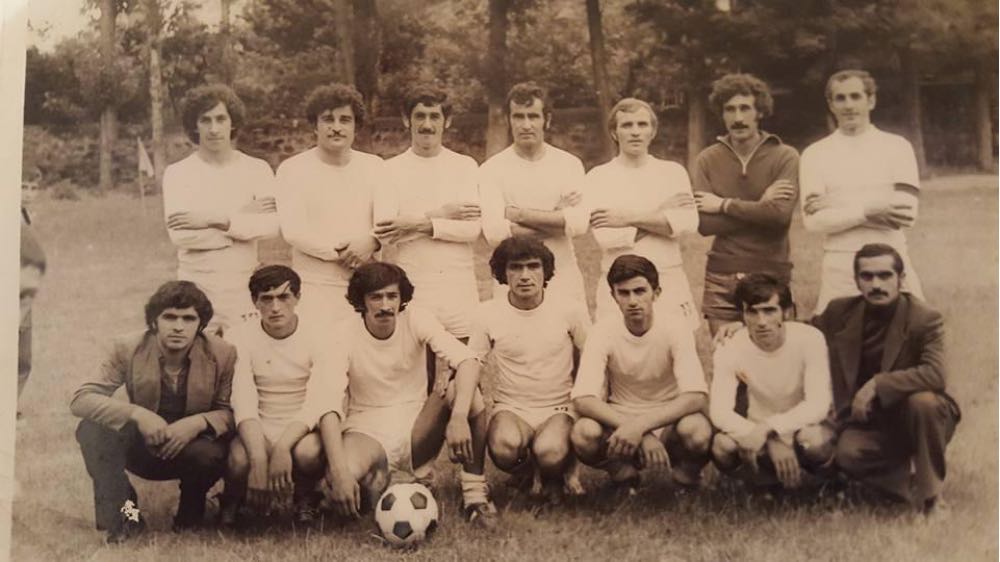 Allahverdi Bagirov and his football team.

When the Nagorno-Karabakh war broke out, Bagirov created his own battalion. He also saved 1003 refugees and war prisoners during the Khojaly Massacre. War reporter Emin Eminbeyli recalled:

“Extraordinary events took place as prisoners were exchanged. Allahverdi Bagirov embraced one of the Armenian prisoners and, looking straight to the camera, said that that man, for many years, had been a team-mate of his. At the moment of the exchange, the Armenian soldier told Allahverdi he hoped never to be on opposite fronts with him again.”

Bagirov’s life was taken by an anti-tank mine on June 12, 1992. He was posthumously named the National Hero of Azerbaijan. Upon learning about his death, an Armenian commander contacted the Azerbaijani soldiers on the radio, asked them to confirm the news, and demanded of them, “How could you not save such a man?”

According to footballer Elshad Khudadatov:

“When we heard about his death, we couldn’t hold our tears back. During one of the games, we held a silent tribute to Allahverdi Bagirov and a Grad missile hit the stadium’s pitch…but none of the footballers moved. Each one stood motionless in his place”.

Not all the memory is destroyed by the war

Fortunately, not all memories of living side-by-side in harmony and respect had been obliterated by war.

In 2012, “Dolu” (Hail) was praised as a big success in Azerbaijan’s modern cinematography. The film, based on a novel by Agil Abbas, initially took place in Ismayilli and in the area near Aghdam. According to Abbas, the movie’s main protagonist, a military commander (played by Mammad Safa) is a lampoon of Allahverdi Bagirov. Two years later, a portrait bust of Allahverdi Bagirov was unveiled in Baku’s Binagadi district.

Since childhood, I have been in awe of Allahverdi Bagirov’s heroism. I was also struck by the intense affection his friends and family had for him and was inspired by the way he pursued his passion for humanity with no expectation of wealth or recognition. In death, as in life, Allahverdi Bagirov was a remarkable wellspring of respect, love and humanity.