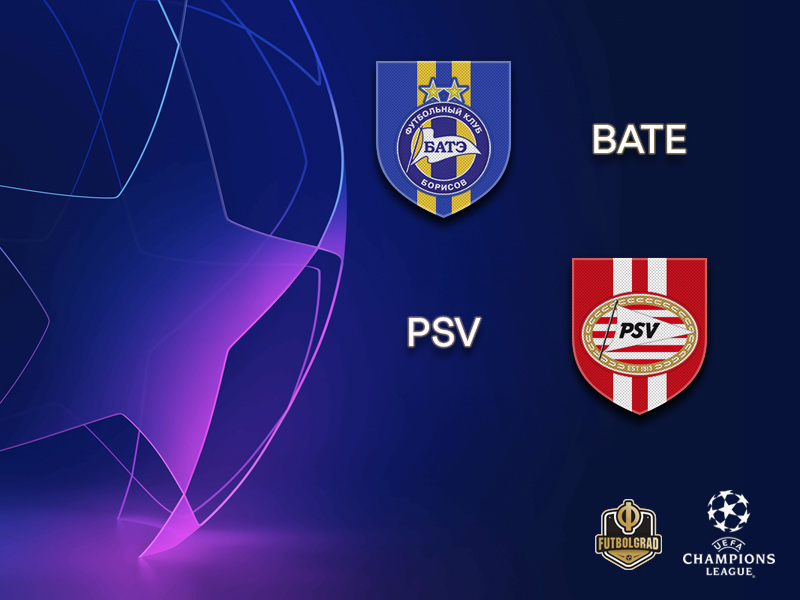 For the first time BATE Borisov will host PSV Eindhoven. The Belarusian serial champion, the club has won the last 12 titles in Belarus, will host the current Dutch champion.

Whereas PSV, however, will now enter the competition BATE had to eliminate HJK Helsinki in the second round of Champions League qualification and Qarabag in the third round of Champions League qualification. It would be indeed a gruelling process for the Belarusians would it not be for the fact that the Belarusian Premier League is currently mid-season anyhow.

Unlike most leagues in Europe Belarus is still on the old Soviet March to November league schedule. BATE, therefore, have the benefit of being in full match fitness and the early Champions League qualification games will, therefore, been just a welcome distraction from league play.

Domestically, everything, in fact, points to another title. Coached by Aleksey Baga BATE Borisov have dominated the league and 17 games into the season are first – seven points ahead of second-placed Vitebsk and third-placed Dinamo Minsk. BATE have conceded just ten goals in those 17 games and only lost one game.

Perhaps one of the best run clubs in the post-Soviet space it is consistency and coaching that makes the difference. The club has made a habit of appointing within and finding talented coaches that can work with a mix of young and experienced players. Baga’s 4-3-3 formation is also both defensively sound while at the same time can hurt even bigger clubs in the transition game.

It is a philosophy that was already implemented by former head coach Viktor Goncharenko, who is now in charge of CSKA Moscow. That philosophy has led to famous victories in the Champions League as BATE have claimed the scalp of the like of Bayern München and Roma at home at the Borisov Arena.

PSV Eindhoven’s new coach Mark van Bommel will, therefore, be warned when his side travel to Belarus for the first leg. Van Bommel took over from Phillip Cocu this summer. Cocu had won the Eredivisie with PSV on three occasions (2015, 2016 and 2018) but after five years in charge felt that it was time for a change.

Now former Netherlands international and PSV captain van Bommel is in charge. The 41-year-old has never coached on this level before and was signed straight from his assistant job at the Australian national team.

Van Bommel, however, was always an aggressive leader on the pitch and as the captain at Bayern was often the extended arm on the field. Two games into his first season at PSV van Bommel has won both his games FC Utrecht and Fortuna Sittard. But BATE in many ways will be the first real test of the season.

Champions League football is an important money maker for Dutch football. Furthermore, it is here where clubs like PSV can present their talents and then sell them on with a massive profit. Hence, the pressure will be on the Dutch and with a long trip to Belarus and with BATE having the experience to play against big clubs at home do not be surprised if the Belarusians walk away with a result here.

BATE vs PSV Eindhoven – Players to look out for:

Perhaps surprisingly Hirving Lozano is headed for a second season in the Netherlands. The left-winger had a fantastic first year in the Eredivisie after being signed from Pachuca in the summer of 2017. Scoring 17 goals and 11 assists in 29 games Lozano was at times the best player in the Netherlands. He then played a crucial part in Mexico’s 1-0 victory over Germany at the World scoring the game-winner in the 66′ minute. It was, therefore, expected that a club from Germany, England, Spain or Italy would break the bank for the forward. But the prospect of Champions League football and PSV’s demands have ensured that Lozano will remain in the Netherlands for at least one more year. 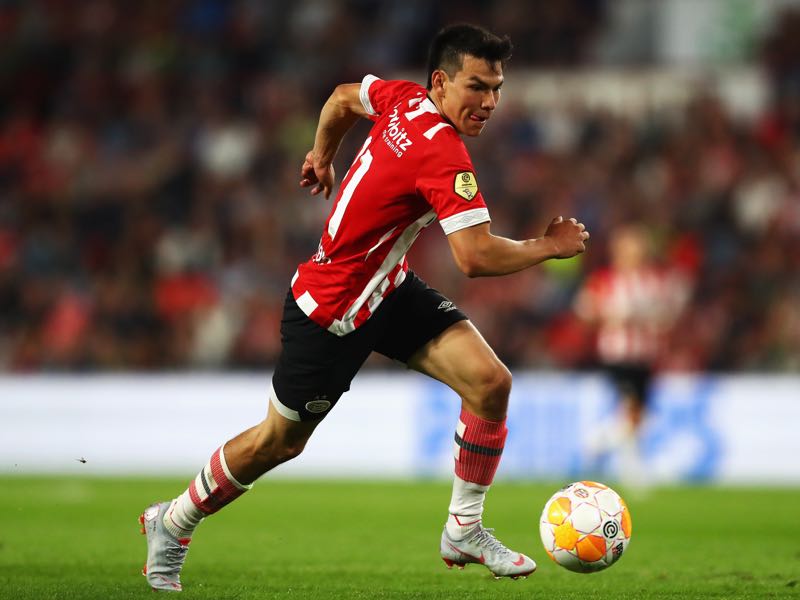 Hirving Lozano of PSV in action during the Eredivisie match between PSV and Utrecht at Philips Stadion on August 11, 2018, in Eindhoven, Netherlands. (Photo by Dean Mouhtaropoulos/Getty Images)