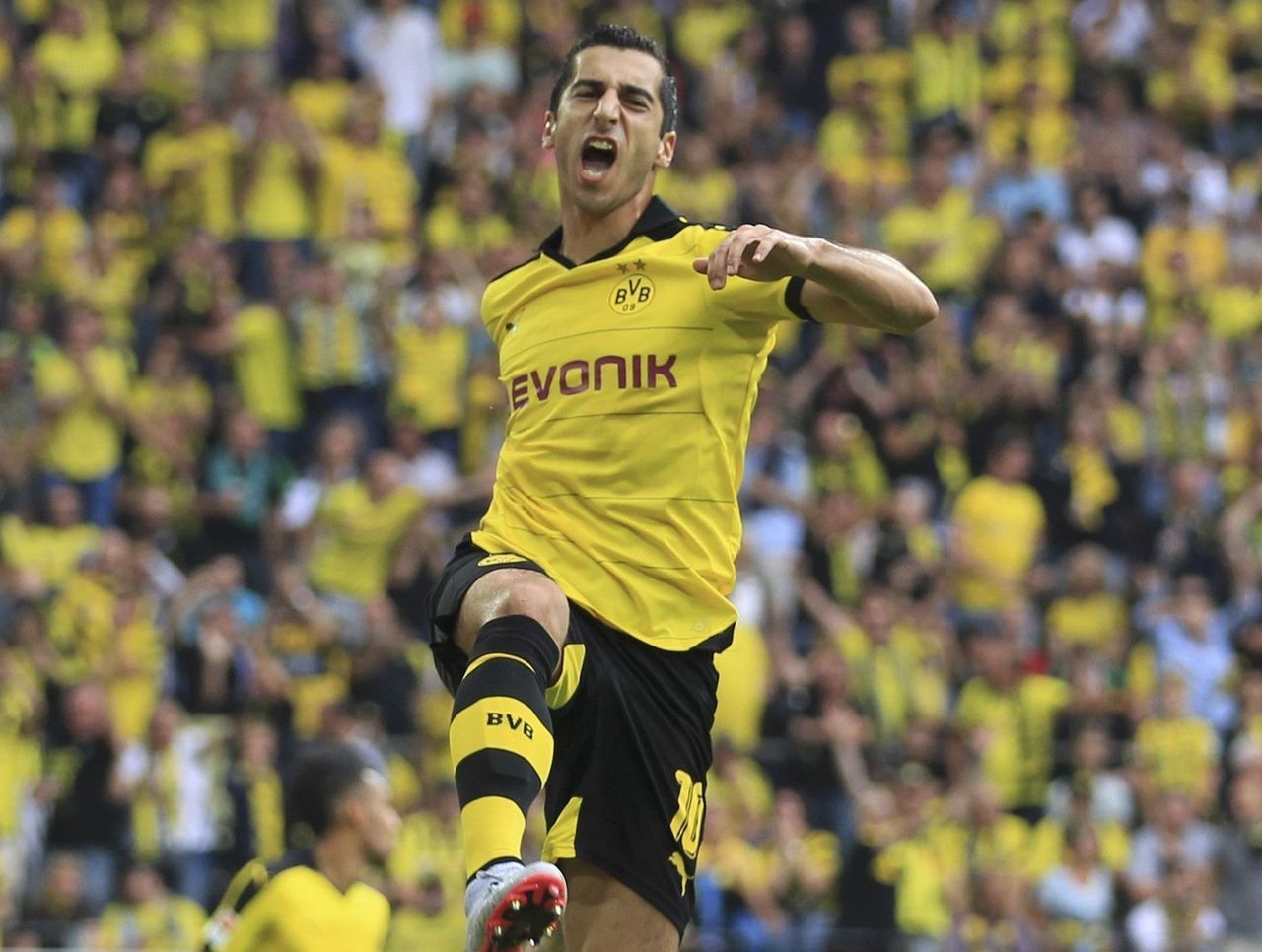 Borussia Dortmund’s Europa League draw, which will see Borussia travel to face off FK Krasnodar, FC Qäbälä, and PAOK from Thessaloniki, will provide Borussia with some logistical headaches. As Dortmund defender Mats Hummels commented with a hint of irony “all these clubs are right next door.”

The challenge of planning the logistics of traveling several thousand kilometres from Dortmund, to Krasnodar, Baku (where Qäbälä will play its home games), and Thessaloniki will not be the only problem for Borussia Dortmund. Soon after the draw in fact, Dortmund’s visit to Azerbaijan became the hottest topic of conversation amongst Borussia fans, as the club’s Armenian offensive midfielder Henrikh Mkhitaryan may be barred from visiting Azerbaijan.

While during this summer’s European Games, Armenian athletes were allowed to attend the games, Mkhitaryan has, in the past, visited Nagorno-Karabakh, and as the Azeri sports page azerisport.com reported on August 28, Mkhitaryan’s visit to Nagorno-Karabakh in 2011, could actually mean that the midfielder may be arrested upon entering Azerbaijan.

Currently both Armenia, and Azerbaijan contest the Nagorno-Karabakh region, where ethnic Azerbaijanis and Armenians had lived side by side for decades before a war sparked off in 1988 as the Soviet Union approached its collapse. Although a ceasefire was negotiated in 1994, the tension has rarely waned as the breakaway republic of Nagorno-Karabakh operates as an Armenian de facto independent enclave in de jure Azerbaijani territory.

Now the Nagorno-Karabakh conflict has reached Borussia Dortmund, as there is currently a real possibility that Mkhitaryan may be excluded from Borussia’s squad when the club travels to Azerbaijan on October 22. Dortmund’s spokesperson person Sascha Fligge commented, “[we] hope that this does not happen [Mkhitaryan not gaining a visa]. Henrikh is a super important player for us with his brilliant performances in recent weeks.”

At the same time, Azerbaijan has spent massively in what is often perceived as sport propaganda. Between 2013 and 2015 Atlético Madrid’s shirts carried the “Land of Fire” slogan. The €12 million a season deal included not only the shirt sponsorship, but also saw the Atlético squad travel to Azerbaijan’s capital Baku where they trained young Azerbaijani footballers.

Then in 2013 the State Oil Company of Azerbaijan Republic (SOCAR) signed an exclusive sponsorship agreement with UEFA as the Official Sponsor for UEFA’s national team competitions, including the UEFA European Football Championship. SOCAR pays €80 million in the deal that runs over four years. The country also tried to sign sponsorship agreements with two South American teams in 2014—the Argentinian club San Lorenzo, and the Uruguayan club Peñarol from Montevideo were offered deals by the cultural bureau of Azerbaijan. Both clubs, however, turned down the offer due to their close ties to the Armenian communities in Argentina, and Uruguay respectively.

Football is a principal instrument for the country’s marketing effort. If oil and gas are the stick, then football is the carrot that Azerbaijan is using as a powerful marketing tool to paint over difficult issues such as human rights abuses at home. Also significant is the fact that Azerbaijan is an important trading partner for Germany; the country is both a transit country for gas from Turkmenistan and also an oil exporter to the European Union—especially to Germany. In light of these facts, the German government has been especially inhibited in addressing human rights abuses in the country.

It will consequently be interesting to see how Azerbaijan will handle this situation. The Azerbaijani football expert Arif Asadov has pointed out somewhat cynically that that in the recent European Games that took place in Baku, Azerbaijani president Ilham Aliyev “showed with a gesture that sport and politics should not mix” (during an awards ceremony Aliyev motioned to the audience not to boo the Ukrainian-Armenian athlete Gevorg Manukyan, who had won a gold medal in boxing). If Mkhitaryan is indeed denied access to the country, it could result in much unwanted negative attention for a country extremely interested in using sport to exhibit a positive image of Azerbaijan to the world.