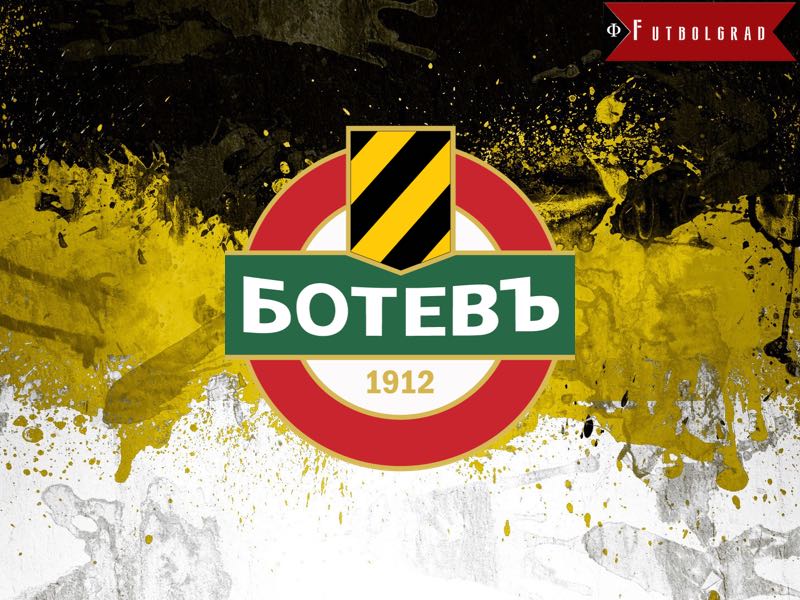 In recent years, it certainly seems that PFC Ludogorets Razgrad has become the flag bearer of Bulgarian football.

In 2014-15 the Eagles from Razgrad earned a victory against FC Basel and in their two games against Liverpool FC managed a well-deserved draw and an incredibly unlucky loss, courtesy of a late Mario Balotelli goal.

This year, the hardworking team has continued to do themselves credit. On the way to the Champions League, despite an incredibly intense atmosphere in Belgrade, Ludogorets eliminated Serbia’s top team Crvena Zvezda with a gutsy 4-2 victory. They then took out Czech Champions and regular Champions League participants Viktoria Plzen to reach the group stages (read Ludogorets’ Champions League story here).

Whilst currently at the bottom of their group, courageous displays against a star-studded Paris Saint-Germain side, and a draw in FC Basel, have won a number of admirers. All of this seems even more extraordinary considering that Ludogorets were only founded in 2001, and first gained access to Bulgaria’s top division only 5 years ago.

It only goes to show that, under the right sort of ownership, in this case businessmen Kiril Domuschiev, alongside the right sort of investment strategy, football clubs can truly blossom, even in such a short period of time. Whilst Ludogorets are currently the poster boys, however, many older and historically larger football clubs still enjoy rich levels of support across Bulgaria. One such club, lies just south of the country’s centre in the city of Plovdiv, Bulgaria’s second largest.

An economic and industrial hub, Plovdiv is a cultural melting pot. The city’s architecture has been influenced by countless civilisations since its first recorded mention in the 4th century. Roman, Byzantine and Ottoman design harmoniously mingle alongside the scattered brutalist tower blocks, a bleak reminder of Bulgaria’s recent communist history.

Whilst the Roman and Byzantine Empires in their own ways caused untold suffering for those in their domain, for the Christians of the Balkans, the lengthy period of Bulgarian occupancy by the Ottoman Empire brought with it heavy taxes, a suppression of national belonging and severe levels of oppression.

In it’s prime, the Ottoman Empire had once been a military juggernaut, controlling large amounts of Eastern Europe and Asia. However, by the late 1800’s the once great civilisation was beginning to falter, and the Empire’s stranglehold on the East was beginning to wane. Tsar Nicholas II went on to coin the Ottoman Empire as “The sick man of Europe”.

With its powers faltering, many in the Balkans, who were sick of centuries worth of occupation and wanted sovereignty returned to them, now had even more incentive to challenge Ottoman rule. In Bulgaria, ordinary citizens were metamorphosing into passionately disgruntled opponents to the East. One such discontented Bulgarian was the young poet and soon to be national revolutionary and Bulgarian icon, Hristo Botev. 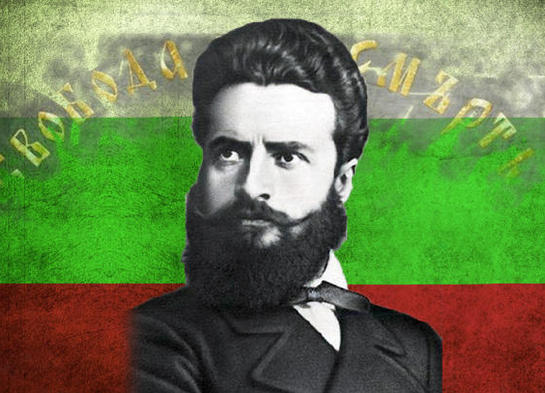 Born in 1848, Botev’s political education was heavily influenced by his father, himself an opponent to the Ottoman Empire and an advocate of the Bulgarian National Revival movement. Botev became a teacher in Odessa and within several years had become one of the leading revolutionary figures in Bulgaria. Consequently he became public enemy number one to the local Ottoman authorities, and after a public speech advocating Bulgarian independence in his hometown of Kalofer, he was exiled to Romania.

Whilst away from his homeland, Botev became the spokesmen for the exiled Bulgarian community in Europe and wrote a great deal of poetry. Much of his work focused on the exploitation of the Bulgarian working class under the Ottoman Empire, so it’s easy to see how exploitable Botev’s legacy would prove to be under Bulgaria’s socialist government during the next century.

The death of fellow revolutionary Vasil Levski and the ongoing protests in Bosnia and Herzegovina, coupled with Serbia and Russia’s growing aggression towards the Ottoman Empire however, drove Botev to plot a return to Bulgaria, as he felt the time was now right for revolution. Unfortunately, the incredible number of Ottomans stationed in his country in response to the harshly suppressed Stara Zagora uprising the previous year, meant that almost no civilians were willing to support Botev’s cause.

Surrounded by enemies, and abandoned by his allies, the BCRC Forces that had crossed the Danube from Romania were forced to take shelter in the mountains of the Bulgarian city of Vrazta. Ottoman authorities were soon notified of the groups whereabouts, and after holding out against superior numbers for over 48 hours, Hristo Botev was fatally shot, and with his death the platoons morale crumbled and their insurgency was vanquished.

Botev – A national hero in Bulgaria

As previously mentioned, the exploitable socialist tone in his writings made him a national hero under Bulgaria’s socialist ruling party, long after the countries first steps towards independence was achieved. In a sense, Botev’s name and the message behind his name almost created as much of a legacy as the man’s actions. The city of Botevgrad bears his name. So too do streets in Romania, Bosnia and Herzegovina, Macedonia and Poland.

Botev has a national radio station, an international prize, an asteroid, and a mountain all in his name. Even as far away as the South Shetland Islands in Antarctica, an entire cliff face bears his title. It was almost certain therefore that Botev’s legacy would lend itself to a sporting club, namely Bulgarian footballs oldest official football club, PFC Botev Plovdiv. Whilst over the course of its history, the club has changed its name 6 times, yet Hristo Botev has remained as a pillar from the outset. 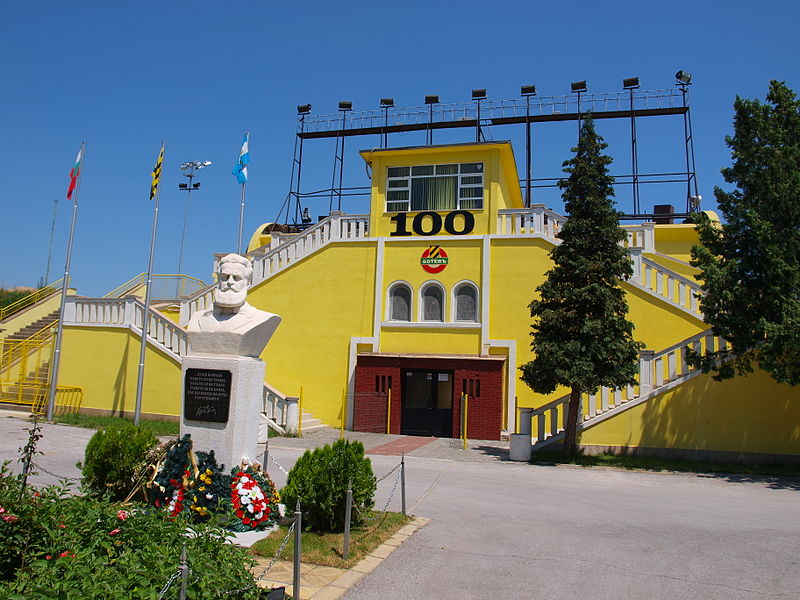 Founded by students in 1912, it would surprise many to learn that Botev’s first international match came against Turkish side Fenerbahçe, almost a post humorous continuation of Hristo Botev’s struggle against the Ottoman Empire, transposed into a game of football without guerrilla warfare, mountains and death. Throughout their history, Botev have quite often been a mid-table side, however, a great deal of success has come their way regardless in the form of the occasional Bulgarian First League title and Bulgarian Cup. Botev Plovdiv’s fans however have remained faithful and devoted, regardless of the club’s lack of trophies.

Botev Plovdiv – An integral part of the city’s character

I spoke to my friend Konstantin Petrov, a Plovdiv native who now lives in England and happens to be a Botev Plovdiv fan, on the matter of the enduring Bultra spirit. Throughout our conversation, Konstantin adamantly stressed how much of an impact the club has had on Plovdiv’s identity.

“In my opinion, the club has been an integral part of the city’s character and modern history since its founding. Whilst our golden years are somewhat behind us, Botev continue to have a large impact on Bulgarian football, especially as we are the oldest club.”

Konstantin was also eager to discuss Botev Plovdiv’s rivalry with Lokomotiv Plovdiv which he labelled “one of the fiercest in Europe”. Certainly, the two sets of fans share an intense hatred for each other, with large scale fighting breaking out next to a motorway, before this seasons derby.

Since the 1990’s hooliganism in Bulgaria has grown considerably, and supporters of Botev Plovdiv, Lokomotiv Plovdiv, CSKA Sofia and Levski Sofia, who are named after fellow martyred revolutionary Vasil Levski, have by far the most active hooligan outfits in the country.

However, like many Eastern European clubs in recent times, Botev certainly have had their problems with financial issues. The complete collapse of the club in 2010 was a far cry from the sides glory days, and for fans who had witnessed their club completely outplay a Bayern München side with the likes of Lothar Matthäus and Søren Lerby in action, this must have been rather upsetting to watch Botev crumble before their eyes.

Botev Plovdiv has been completely restructured

The complete restructuring of the football club ultimately reaped great benefits for Botev. Not only did the team return to the Bulgarian First League within three seasons, investments in the club’s youth facilities and a €15 million stadium renovation have helped the club to reach further up the table, finishing seventh, sixth and fourth twice in the last four seasons, which is incredibly promising in comparison to the club’s placement before the financial difficulty, their highest finish since 2006 being 10th place.

With a sustainable financial model in place, and a fantastic set of supporters, Bultras have a right to be optimistic about the future. As clubs like Levski Sofia and particularly Ludogorets Razgrad have showed in recent times, Bulgarian football is far from finished. With strong foundations, only time will tell whether Bulgaria’s oldest football club can truly follow the revolutionary message of their patron, and shift the power balance in Bulgarian football, or even make their mark on European competition.