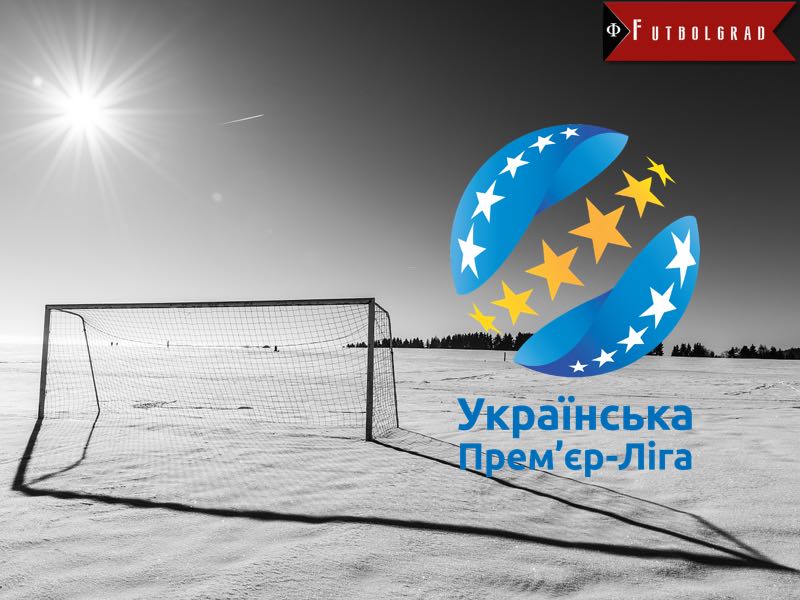 The challenges of winter football in Ukraine

The challenges of winter football in Ukraine have brought have led to discussions about switching the calendar to the old Soviet spring to fall schedule.

The Dinamo Kyiv director of sport and media, Mykola Nesenyuk recently gave an interview to Gazeta.ua in which he addressed some of the more pressing problems in Ukrainian football at the moment.

Nesenyuk was asked about the crisis at Dynamo Kyiv, as the Ukrainian champions are now 13 points behind Shakhtar Donetsk in the Ukrainian Premier League—he believes the season is over, and Dynamo should just go from game to game—and also the possible naturalization of Shakhtar Donetsk’s Brazilian winger Marlos—he is against it.

The Ukrainian Premier League and the winter weather

Most interestingly though was Nesenyuk’s opinion about the current calendar of the Ukrainian Premier League, and the challenges of winter football in the country.

“In Sweden and Norway the season runs from April to early November. All the matches are held in normal conditions. There is no need to wear warm cloths, or spending money on heating fields. Why do we not do that [use the spring to fall calendar]?”

The current schedule of the Ukrainian Premier League is a hot topic, as the last two rounds of the Ukrainian Premier League were heavily affected by the winter weather. Heavy snowfall put a strain on the football infrastructure in the country, and revealed that many stadiums were simply not up to the task of dealing with harsh winter weather in December.

Nesenyuk also believes that it was wrong to play the Ukrainian Derby in winter conditions. Some clubs were punished for not being able to clear the fields of the snow. Nesenyuk believes, however, “Lets punish those who set the matches at such time, and such time of the year in general.”

Nesenyuk also believes that switching the schedule from the current format to the spring to fall format would also improve the attendance figures in the league. The average attendance numbers have dropped by 14.2% this season, and were the lowest in the 25-year history of the Ukrainian championship.

The discussion about the spring to fall calendar has also recently been a major talking point in neighbouring Russia, where the last two rounds of the season were also snowed out, and as a result experienced a major drop in attendance.

The spring to fall schedule was a major feature of the Soviet Vysshaya Liga, but after fall of the Soviet Union the Football Federation of Ukraine decided to change the calendar from fall to spring of the following year calendar, which is used in most major European leagues—the Russian Football Premier League made the switch to the current format in 2011.

The spring to fall season brings even more problems

The belief was that by being more attuned to the rest of Europe, Ukrainian clubs would have a better chance to compete in European competitions such as the Champions League, and the Europa League.

The long winter break in Russia and Ukraine has been a major talking point in our Futbolgrad Podcast, and I have highlighted on several occasions that the performance by Ukrainian clubs in European competitions seems to underline that they are dealing with the long break better than their Russian counterparts.

Moving the calendar from spring to fall would help with avoiding the problems of winter football,  but  at the same time would create a significant time gap between when a team qualifies for a European competition, and when a team would play in that competition. For example the champions of the 2016 season would not compete in the Champions League until the fall of 2017.

Switching the calendar back to the old Soviet schedule would also mean that the winter break would be even longer, running from the beginning of November to the end of March. It would mean that clubs would play up to two rounds in the UEFA competitions in the spring before the domestic league season would kick off—those teams that participate in European competitions would also still have to play two rounds of winter football in UEFA competitions, as both the Champions League and the Europa League do not conclude until early December.

This in fact would give clubs an even bigger disadvantage, and could significantly hurt Ukrainian clubs to be competitive in European football. In fact a calendar switch could be the final nail in the coffin for those clubs that are dependent on money earned through UEFA competitions.

Infrastructure is the biggest problem for winter football in the country

Nesenyuk of course is right that playing football in harsh winter conditions is far from ideal. But as Vadim Furmanov rightfully pointed out in his matchday roundup from December 6, the problems are a symbol of Ukraine’s infrastructure problems in general. 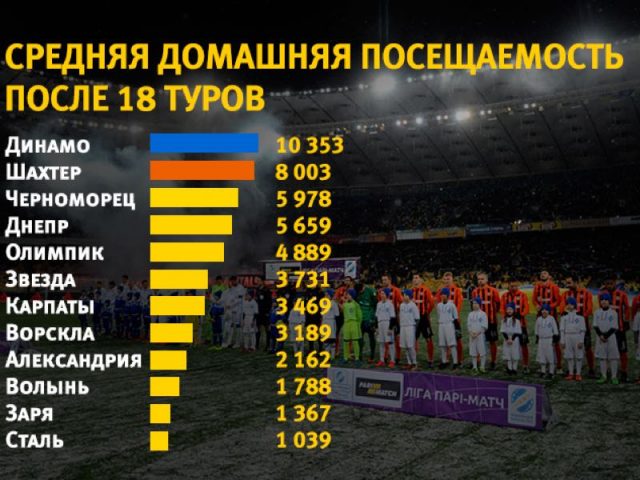 Average attendance has been down by 14.2% this season – Image by ua.tribuna.com

As Saul Pope noted going back to the old calendar would have its charms, and playing in better weather conditions could on first glance help average attendance—as the average fan seems to avoid winter football. Yet indicators suggest that playing in the summer holidays would significantly hurt average attendance as well.

Also in Ukraine the problem appears to be more fundamental, as football has once again taken a step to the worse with many teams struggling financially, and the league being once again reduced—from 14 to 12. Also Shakhtar’s dominance of the league also has not helped, as the championship is now more or less decided.

More financial stability and competitiveness seem to be the best solutions to move the league into the right direction. Of course in a time of conflict, and economic uncertainty, it will be difficult to achieve this in the short term or even medium term. In fact it is hard to pinpoint what exactly can be done to fix the league and increase attendance, but one thing is for certain—switching the calendar to the old Soviet format can not be the solution, as it would likely just exaggerate existing problems.