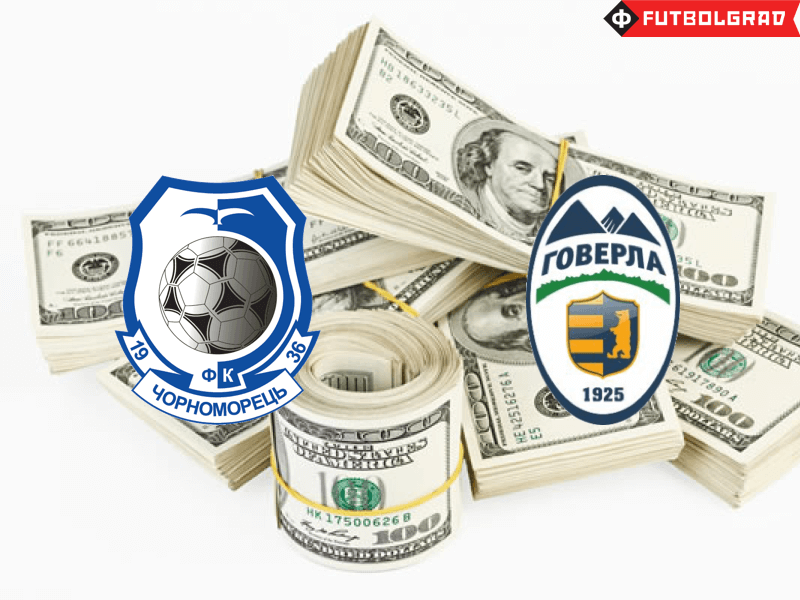 Over the past season the phrase “strange match” has entered the Ukrainian football lexicon in reference to the staggering amount of matches that are suspected of being fixed. The latest example of a “strange match” occurred this past Saturday, as Chornomorets Odesa defeated Hoverla Uzhhorod 1-0 at home. This seemingly nondescript match between two struggling sides at the bottom end of the table was for some reason incredibly popular among online betting enthusiasts.

The evidence is indisputable. An investigative report by The Bookmaker Ratings filmed in real time both prior to and during the match revealed highly suspicious betting patterns. Despite the fact that Hoverla were four points above Chornomorets in the table, the home side were the overwhelming favorite according to the bookies.

Before kickoff over $23,000 dollars had already been bet on the match through Betfair, nearly $20,000 of which was placed on a Chornomorets victory. By comparison the match between Olimpik Donetsk and Vorskla Poltava taking place at the same time attracted less than $5,000.

By the 41st minute, the total amount of money placed on the match had grown to over $47,000, with $43,000 of this amount bet on Chornomorets. After the home side took the lead in the 55th minute, the coefficient for a Chornomorets victory fell to less than 1.1, but the bets kept coming in. Individual bets of $1,000 and $2,000 were placed even after Chornomorets went ahead, despite the very low rate of return and the fact that there was only one goal separating the sides. Whoever was placing these bets had no reason to fear a Hoverla equalizer.

By the final whistle the total amount placed on the Chornomorets vs Hoverla match exceeded $83,000. Of this amount, $30,000 was placed following the Chornomorets goal. Meanwhile, the amount for the Olimpik vs Vorskla match was slightly above $20,000.

You don’t have to be an expert on the subject to notice that there is something off about the way that the betting patterns for this match developed, and the Football Federation of Ukraine has taken notice.

“After analyzing the match between Chornomorets and Hoverla and listening to the impressions of the supporters and bookmakers, it was determined that this match was under suspicion of being fixed,” revealed the head of the Internal Investigation Service of the FFU, Anatoliy Melnichuk during an interview with the television program Velikiy Futbol.

An investigation has been launched, and if any evidence of match fixing is uncovered the matter will be dealt with by authorities in accordance with Ukrainian anti-corruption laws. The maximum penalty under these statutes is a five year prison sentence.

Chornomorets have vehemently denied any evidence of wrongdoing. The club’s general director Serhiy Kernytskyi told Matchday that there is no basis for the allegations and that they will respond only if the Internal Investigation Service of the FFU provides proof that the match in question was fixed.

Officials at Hoverla have not responded to the statement from the FFU. This is not the first time the club has been involved in a match fixing controversy. Just last week the international anti-match fixing organization Federbet officially announced their suspicions regarding Hoverla’s 2-0 defeat to Olimpik Donetsk – another club whose name has become associated with match fixing in Ukraine.

The impetus is now on the FFU to fully investigate the matter and apply the appropriate sanctions. Without their intervention “strange matches” will continue to be commonplace in Ukrainian football.