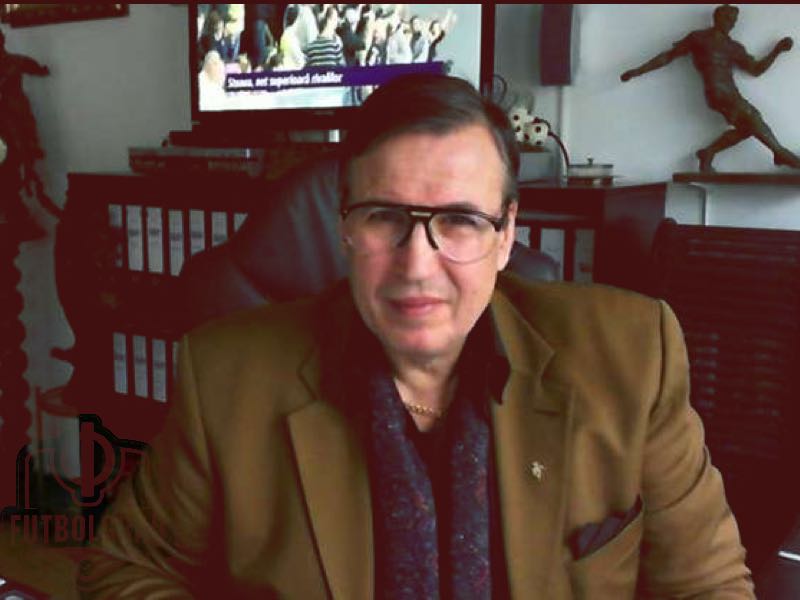 How is it possible for a reputable media company as Forbes to name a ghostly character like Constantin Dumitrascu as the world’s second most powerful agent after the baseball agent Scott Boras?

“Suck my d***! Are you a fa..ot? Are you homosexual?” The former Romanian boxer Constantin Dumitrascu’s Skype interview for Gazeta Sporturilor is an immersion into a bizarre world of homophobia, abusive language and physical threats. He was contacted by his fellow countrymen to explain his rise to the top of Forbes “world’s most powerful soccer agent list for 2017”, but Dumitrascu initially refused to talk.

But things did not fit. The exhaustive soccer data website Transfermarkt removed Dumitrascu’s company name from its records, and suddenly star players like Edinson Cavani (PSG), Philippe Coutinho (Liverpool) or N’golo Kante (Chelsea) did not have an official agent anymore. “It read not clarified on the players’ profiles where not long ago you could find the name Mondial Sport Management & Consulting, a company registered in France and Germany. Dumitrascu acts as CEO and, according to Forbes much sought after top list, he amassed commissions worth of $107.8 million from his player’s wages. 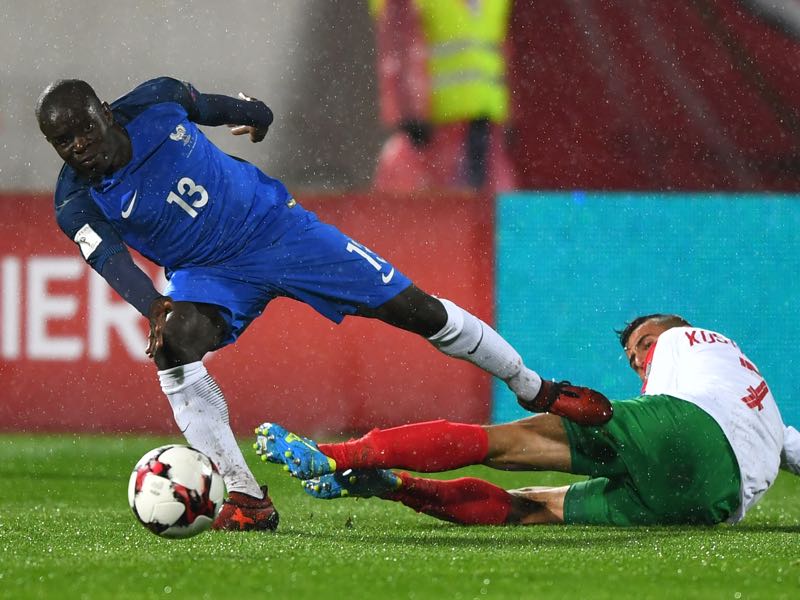 Forbes estimates Dumitrascu intermediated transfers worth over $1 billion. This unknown man of almost 60-years old (he was born in communist Romania in 1958 but ran away from Iron Curtain at the age of 27) surpassed established and famous soccer agent like Italian Mino Raiola and Portuguese Jorge Mendes. He wants to be the new soccer super-agent.

His reputation was one of a quiet person. Forbes describes him in few words: “Dumitrascu prefers a business-like approach to looking after the welfare of his clients. Clubs tend to prefer quiet negotiators like Dumitrascu, and his influence which is immense already”.

But who is Constantin Dumitrascu?

Puzzled by his ghostly profile, Romanian journalists started to investigate and soon new, and curious details emerged. Dumitrascu’s company headquarters in Germany is based in a small village near Frankfurt in the same house where a Thai restaurant is serving its daily spicy dishes. “It’s none of your business where my company is based. I’m hiding from Italian mafia. They ask me for protection fee. I receive phone calls in the middle of the night”, Dumitrascu said. One of his companies in Romania went bust almost 12 years ago, but it still records a debt of €55,000 at Romanian tax-authorities.

Things are not better in France where Dumitrascu is registered as the manager of a real-estate company called GFA. According to High Court documents in the town of Argentan, the company’s name is involved in a bizarre case revolving some intentionally undervalued assets (a castle in Boele and its surrounding estate). The French authorities noticed it and forced “Mr X” to pay taxes accordingly.

Dumitrascu claims he used to own the Boele domain, but now the castle is the subject of “litigation”. Asked if he was convicted in France and Germany for economic crimes with fictive companies – as Gazeta sources alleged – he denied answering: “It is none of your business”.

The journalists also had access to Football Leaks data, the most significant leaks in the history of sports, and found no proof of Dumitrascu being the agent of famous soccer players like Cavani, Coutinho or Kante. Alerted by Romanian colleagues, French journalists at L’Equipe called some of Dumitrascu alleged clients. Nobody knows Dumitrascu.

The story turned into a farce as one of Dumitrascu’s alleged partners from Portugal bumped into Geoffrey Kondogbia and Josuha Guilavogui real agents when he tried to offer these two promising French players to Doyen Sports agency.

Confronted by Romanian journalists, the super-agent Dumitrascu repeatedly refused to name his top three clients. “It’s none of your business”, he furiously used the same mantra.

Gazeta contacted Forbes contributor Jason Belzer to understand the mechanisms behind creating the top agent’s article. He is the author of “world’s most powerful sports agent” list for 2017 and also acts as a sports attorney representing coaches. Informed by the missing pieces in Dumitrascu’s jigsaw, Belzer admitted “the soccer top was the hardest to make. We didn’t contact Mister Dumitrascu as it’s tough to reach him. We didn’t have as many data as the American sports, but we had a few sources. We used data from Transfermarkt”.

It is the same website that removed Dumitrascu and his company names from its records a while ago. If Forbes would try to do the same top again today, Dumitrascu will fail to make it.

Journalists also tried to contact Transfermarkt, but the website servers returned all the emails classifying them as “spams”. Transfermarkt chief Matthias Seidel did not answer to private messages sent on Twitter.

Still, the US edition of Forbes has Dumitrascu at the top of their famous list.

One explanation can be found in the highly controversial world of soccer agents. According to Football Leaks data, the power of this guild rose to an unprecedented high during the past decades. Today, the agents are not romantic Jerry Maguires, who have the best of their clients in mind. You can find them dining with influential political leaders, dealing energy and gambling contracts through offshore companies from Virgin Island to Cyprus and having business partners from the secret services ranks.

Soccer is a Tool to Gain Political Influence

Soccer is just a tool used to gain political influence as former Portsmouth owner and Tel Aviv mayor candidate Arcadi Gaydamak once acknowledged. But power comes discretely. Only a few top agents in today’s soccer disclose their real client’s list. Taxes are the reason as can be seen in Football Leaks revelations on Jorge Mendes scheme for his famous clients Cristiano Ronaldo and Jose Mourinho. 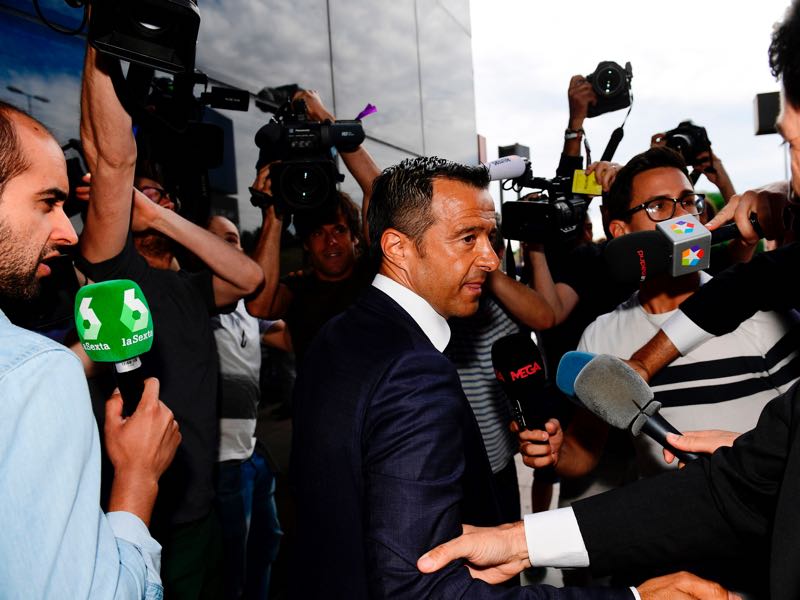 Minor agents are trying to improve their profiles further increase the lack of transparency in this business. They use the gaps left behind by the big fishes and slowly rise to the top of the game. For a few years, Dumitrascu placed one famous name after another on his company’s website. Everybody noticed, but nobody asked for evidence.

In the world of new digital media in which established, print editions shrink and disappear time becomes a luxury nobody can afford. Checking the news is almost obsolete, a redundant activity. Everything that is online can be aggregated with just a few clicks.

Transfermarkt took the data from Dumitrascu’s website and used it. Forbes then came and swallowed the list. Readers digested it in a few seconds, and prestigious media outlets assumed the Forbes list.

Now, Dumitrascu’s company website cannot be accessed anymore as it is “under construction”. “If it needs to, we can remove Dumitrascu from next year’s list”, said Jason Belzer three days after the lists publication.

For the next 362 days, Dumitrascu will still be Forbes “world’s most powerful soccer agent”.