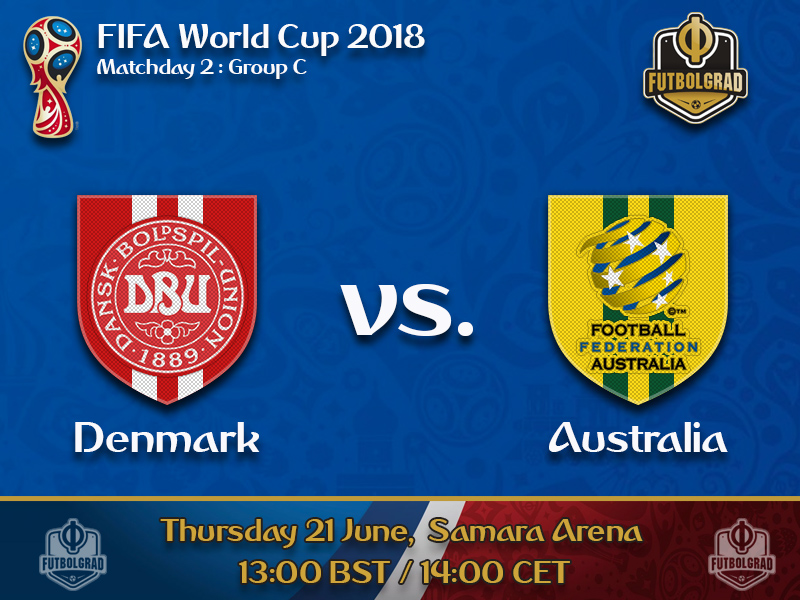 Denmark look to confirm their heroics their matchday 1 heroics against Peru by making a gigantic step towards the knockout stage when they face Australia on Thursday. Denmark were overrun by Peru at times, and it was only thanks to an excellent Kasper Schmeichel in goal and a brilliant goal by Yussuf Poulsen that the Danish Dynamite ended up taking all three points.

Despite Peru’s energetic start, the match showed Denmark’s greatest strengths. Bending without breaking the Danes let Peru attack absorbing much of the pressure and breaking forward fast when the opportunity arose – once Poulsen had scored Denmark quickly took control of the match – not letting the South American upstarts back into the game.

The result means that the Danish Dynamite are now in a very comfortable position when they face Australia. The Socceroos, in the meantime, are in trouble after losing 2-1 to World Cup favourites France.

Playing well on matchday 1 Australia held France until 58th minute Antoine Griezmann was brought down on a breakaway. The Atlético striker stepped up and scored himself. Many expected that Australia would now falter, but instead, Mile Jedinak struck back right away four minutes later equalising for the Socceroos.

An upset was in the air until Aziz Behich scored an own goal in the 80th minute. With only ten minutes to go, Australia were not able to strike back. But overall the Socceroos can take plenty of positives from the match. Playing well organised counter-football Australia were dangerous when going forward and this sort of performance could cause some significant damage against Denmark.

Hence, Denmark against Australia will be a well-balanced match that could go either way. Australia, however, will have to win the match to stay alive in Group C, which could play in Denmark’s hands as the Danes could sit deep and hit the Socceroos on the counter.

Denmark vs Australia – Players to look out for:

Kasper Schmeichel was excellent against Peru on matchday 1. The Leicester City keeper is slowly but surely stepping out of the shadow of his famous father, and former Manchester United keeper Peter Schmeichel. Great on the line and fantastic in controlling his box Schmeichel makes the difference in tight matches. 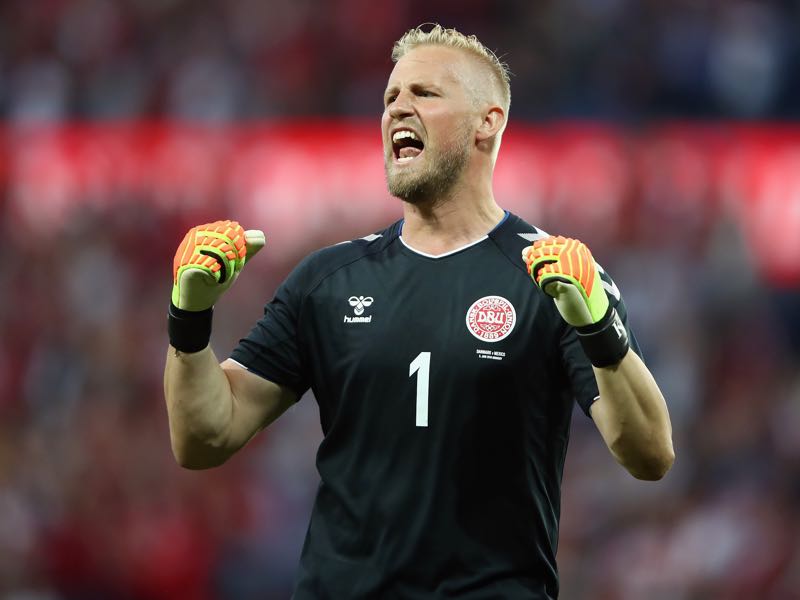 Mile Jedinak is Australia’s leader on the pitch. The central midfielder is a tower with a strong physical presence. His goal against France highlighted that he is a weapon whenever his country receive a corner or free-kick. 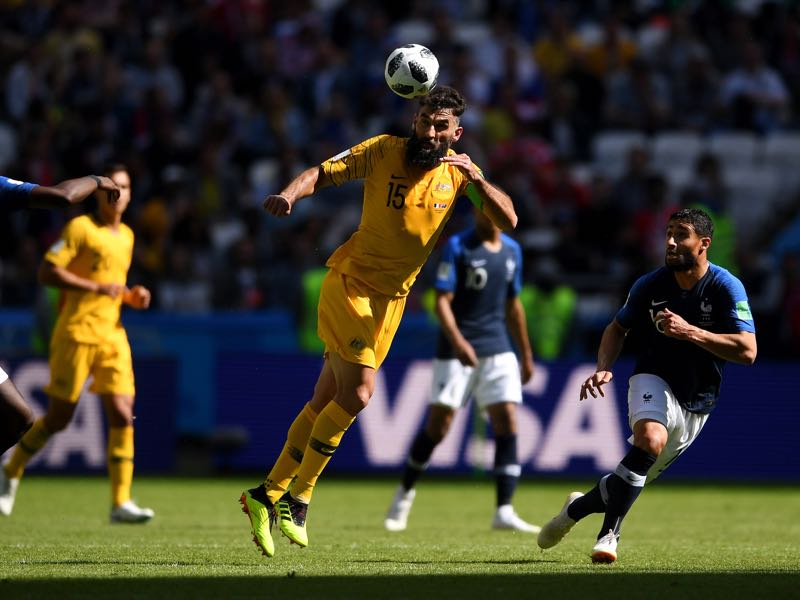 Loading...
Newer Post
Iran look to upset the apple-cart when they face Spain on matchday 2
Older Post
Russia stun Egypt to all but qualify for the round of 16