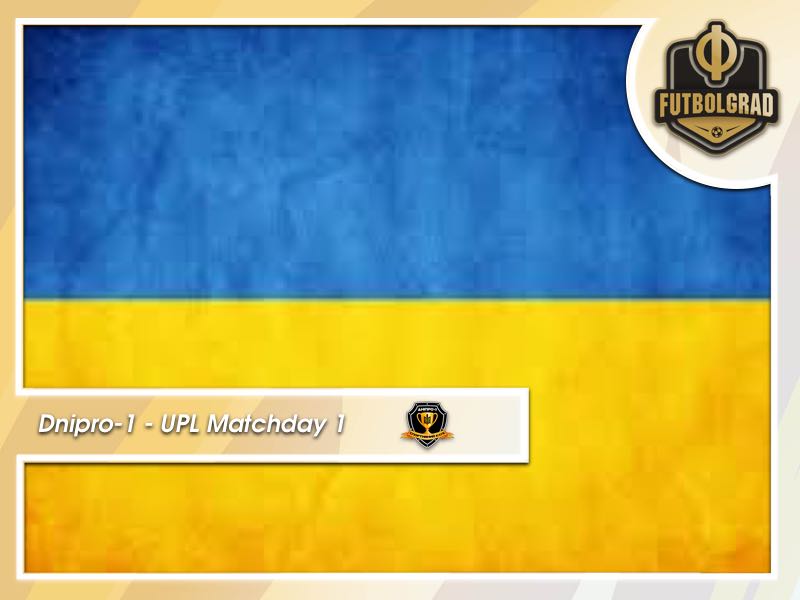 It took UPL newcomers SC Dnipro-1 all of one minute and 13 seconds to open their account in the top flight. Ihor Kohut’s low cross from the right flank found Vladyslav Supriaha in the six-yard box, who promptly lost his balance, but was able to lay off the ball to fellow U20 World Cup hero Serhiy Buletsa for a simple tap-in.

Supriaha doubled the advantage just seven minutes later. This time the attack originated from the left flank, with Oleksandr Nazarenko supplying the final ball to Supriaha, who finished calmly from close range. That was the end of the scoring, but it was more than enough for the home side to secure an emphatic debut victory.

There were some surprises in the lineup. 17-year-old Arseniy Bahatov was given the nod, while established players such as Aleksandre Kobakhidze and Stanislav Kulish were left on the bench. Overall, the squad is the youngest in the UPL. But manager Dmytro Mikhailenko’s gamble, if it can we called that, paid off, and after Dnipro took a two-goal lead, the result never looked in doubt.

The match at the Dnipro Arena ended two years without top-flight football in the city following the relegation and eventual dissolution of the original Dnipro. But calling Dnipro-1 a traditional ‘phoenix club’ like that of their rivals, Metalist 1925, would be a misnomer.

Dnipro-1 were founded when Dnipro still existed, albeit were amid their irreversible decline. Dnipro-1 took over Dnipro’s academy, stadium, head coach, and many of their players – but crucially, not their debts. Dnipro-1’s crest and colours are also different. The ownership structure is nominally completely separate from that of Dnipro, but there has been ample speculation that Dnipro’s controversial oligarch owner Ihor Kolomoyskyi has some degree of involvement.

Dnipro-1’s inheritance of Dnipro’s infrastructure has propelled their rapid rise to the UPL, but this has not come without controversy. Their entry into the Second League was approved despite not having taken part in the amateur championship. In the lawless world of Ukrainian football, however, this is hardly a surprising revelation.

Dnipro’s ultras have adamantly refused to throw their support behind the club. In an incident in October 2017 during the Dnipro Derby – a match – the ultras of the now-defunct club beat up Dnipro-1 President Yuriy Bereza. The reaction of the general public has been more positive. The reported attendance at the match was over 7,000, second only to the Karpaty Lviv-Dynamo Kyiv match. This figure was no doubt boosted by the magnitude of the occasion, and time will tell if the enthusiasm will endure.

The obvious talent on display at Dnipro-1 theoretically make them an immediate contender for the European spots – perhaps even the bronze medal – but they won’t be playing in continental competition no matter where they finish in the table. A UEFA rule states that, to participate in Europe, a club must have played at least three full seasons of professional football before being allowed in. Regardless, there is plenty to look forward to for the club that has not quite risen from the ashes.

As for the visitors, they are lucky even to be here. The club have been dogged by match-fixing accusations for the entirety of their brief history in the UPL (dating back to 2014) and their U-19 and U-21 have been expelled from competing in their respective leagues. The regulations plainly state that a club must field U-19 teams and U-21 teams to compete in the UPL. No matter – regulations were again floated, and Olimpik was allowed to remain based on a technicality that no one had any knowledge of beforehand.

Olimpik’s prospects this season look dim. Their manager, the Brazilian Júlio César, made his professional coaching debut against Dnipro-1. Seven players have left the club, and six have been brought, though for weeks Olimpik’s squad looked desperately thin on manpower. With a revamped team and unproven manager, this may be a long season for the exiled club, who played in the Europa League qualifiers just two seasons ago.