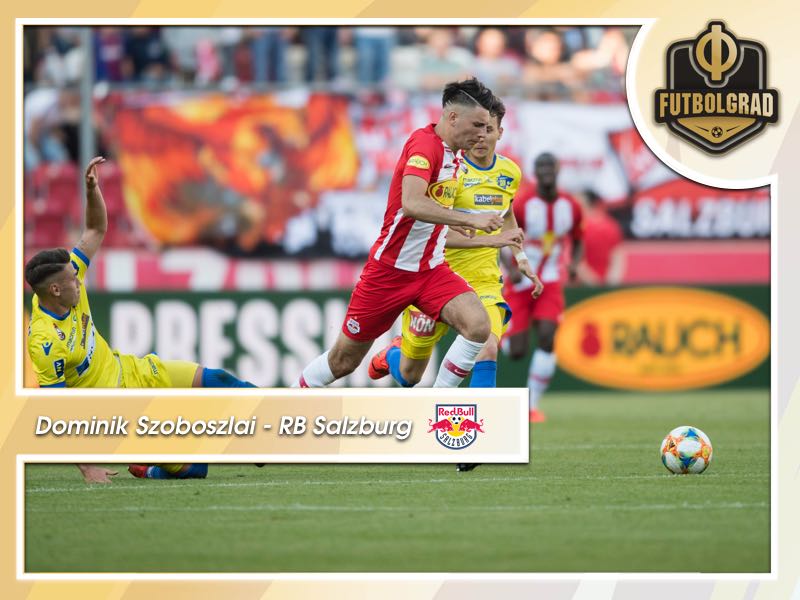 Dominik Szoboszlai is the latest super talent to emerge from the Red Bull football system. Signed from Videoton in 2017 the 18-year-old Hungarian midfielder has seen his transfer value skyrocketed from €5 million to €12 million this season.

Linked to the likes of Bayern München, Juventus and Ajax it is perhaps no surprise that Dominik Szobszlai has seen his value explode. Those clubs, in particular, have seen the Hungarians development on the pitch.

The 18-year-old has seen plenty of minutes this season — even though he started the season with RB Salzburg’s farm team FC Liefering in Austria’s Liga 2 six goals and four assists in nine games. Enough to convince the RB bosses to call up the midfielder.

The midfielder, after all, rocked the second division. It is always important to boost your performance by working hard on and off the pitch. RB Salzburg’s academy knows this principle better than any other club, and it is no surprise that many of the club’s recent prospects have ended up in Europe’s top leagues.

Dominik Szoboszlai – Working hard on and off the pitch

“Now I don’t think anymore: ‘It will work out somehow.’ I do everything to be successful. I work harder in training and during the match,” Dominik Szoboszlai said when asked why RB Salzburg head coach Marco Rose ordered the midfielder to the farm team in Liefering. 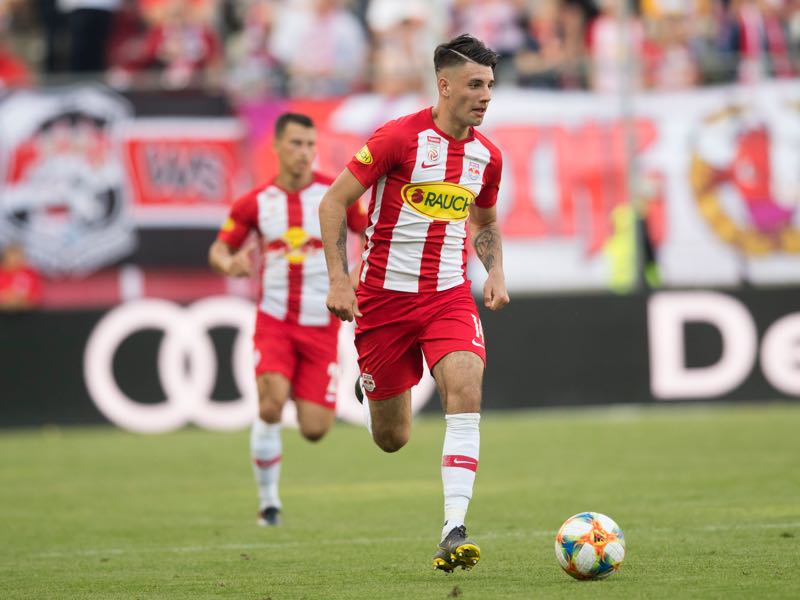 Dominik Szoboszlai of Salzburg in action during the tipico Bundesliga match between RB Salzburg and SKN St. Poelten at Red Bull Arena on May 26, 2019 in Salzburg, Austria. (Photo by Andreas Schaad/Bongarts/Getty Images)

Hard work followed and a return to Salzburg as a reward. But it took until Salzburg’s Europa League round of 16 return leg until Marco Rose finally awarded the Hungarian midfielder with a spot in the first team.

“That game was a turning point for me,” Dominik Szoboszlai would later say. Regular minutes in the first team seven starts in the starting XI followed after the game against Napoli. Furthermore, Dominik Szoboszlai added three goals and three assists during that stretch.

As a result, he feels that he made a significant contribution to Red Bull Salzburg’s 13th Austrian championship. “I was a big part of the championship this season, although I was in the team last year it feels like this was my first championship,” he said in the interview with Laola1.

Watching the Hungarian in those games, there is no doubt that the central midfielder is a massive talent. Capable of playing in central midfield and on the left the 18-year-old was involved in 87.17 actions per 90 minutes this season of which he completed 64.6%.

Not the only category Dominik Szoboszlai ranks high within the Austrian Bundesliga. The midfielder is also ranked sixth in assists per 90 minutes (0.35) in the entire league.

Hence, there are good reasons that the midfielder is already in the notebooks of Europe’s biggest clubs. But first, he envisions playing in the Champions League with RB Salzburg against some of those clubs. “It doesn’t matter who we draw from Pot 1,” the 18-year-0ld said in the interview. “Whether PSG, Barca, ManCity or Juventus, it will be a club one wants to play against,” he added.

First, face them in the Champions League and then play for them? But the strong connection to RB Leipzig makes it more likely the Hungarian will head their first before making the step to one of Europe’s elite clubs. Either way, this will not be the last time we have heard of the hard working Hungarian super talent.

Manuel Veth is the owner and Editor in Chief of the Futbolgrad Network. He also works as a freelance journalist and among others contributes to Forbes.comand Pro Soccer USA. He holds a Doctorate of Philosophy in History from King’s College London, and his thesis is titled: “Selling the People’s Game: Football’s transition from Communism to Capitalism in the Soviet Union and its Successor States,” which is available HERE. Originally from Munich, Manuel has lived in Amsterdam, Kyiv, Moscow, Tbilisi, London, and currently is located in Victoria BC, Canada.  Follow Manuel on Twitter @ManuelVeth.