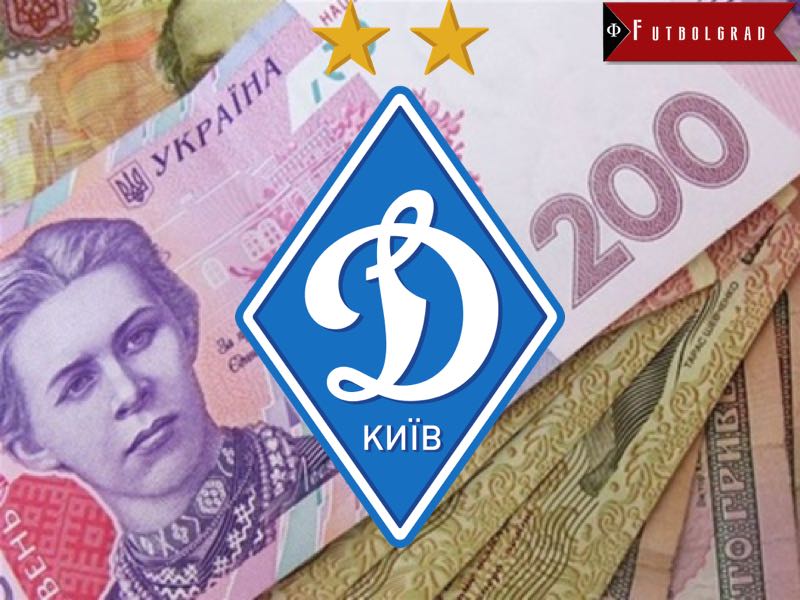 Together with Shakhtar Donetsk, Dynamo Kyiv, has always been a beacon of stability for Ukrainian football. The record breaking Soviet and Ukrainian champion is, in fact, one of the giants of post-Soviet football.

Run by the Surkis brothers, Ihor and Hryhoriy, since the early 1990s, the club used all sorts of orthodox business deals—at one point the club even had licences to deal with gold and nuclear missile parts—to stay competitive in European football. In order to compete with big clubs in Europe and at home with Shakhtar, which is owned by the billionaire Rinat Akhmetov, the Surkis brothers always had to be creative when it came to financing the club.

Both Ihor and Hryhoriy are considered oligarchs, but neither brother is a billionaire and, in order to compete with the big boys from Donetsk and Dnipropetrovsk, they set up Dynamo as an international trading company with various offshore accounts in the Caribbean. The most prominent of these organizations was Dynamo Atlantic, which also held the above-mentioned trading rights in gold and nuclear weapon parts.

Dynamo’s financial schemes were all set up in the 1990s

All of this was set up in the early 1990s when quick-fire capitalism swept through Ukraine and made a small business elite filthy rich. During that time, Dynamo was very much without competition, and easily dominated Ukrainian football. After all, it was not until the early 2000s that Shakhtar emerged as a real force in Ukrainian football.

This meant that Dynamo could not only make money by profiting from the quick-fire privatization of the Ukrainian state, but also by selling players to the west. One such turning point was the transfer of Andriy Shevchenko for $25 million.
The transfer was a watershed moment because, all of a sudden, Dynamo was a financial big boy. From the 2000s onwards, the club was, therefore, not just a seller anymore, but also a major investor that brought in players from all over Europe. 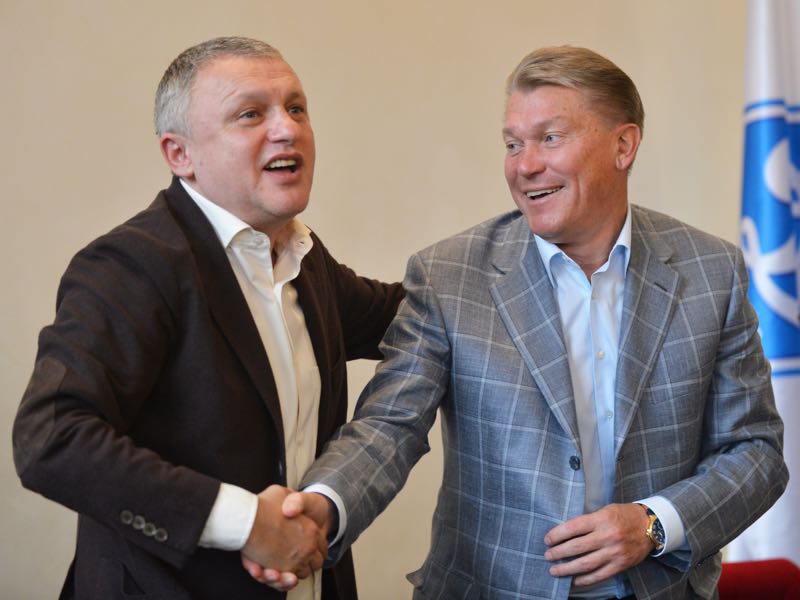 Dynamo, however, had to be creative in order to finance all these transfers and pay the wages of players. In order to bring in money, the Surkis’ brothers had to be inventive and use their vast network of oligarchs.

In 2007, the club signed a major sponsorship agreement with the Dnipropetrovsk- based bank, Privatbank. Ihor Kolomoyskyi owned Privatbank at the time, and Dynamo Kyiv thus fell into Kolomoyskyi’s extended business empire.

Back in the second half of 2000, Ukraine was very much divided between two oligarchical groups. The Donetsk-Clan, centred on Rinat Akhmetov and Shakhtar Donetsk, and the Dnipropetrovsk-Clan centred on Ihor Kolomoyskyi and his club Dnipro FC, and various businessmen from Dnipropetrovsk.

These oligarchs, to one extent or another, controlled the most important businesses in the country. At the time, the allegiances of businessman to either the Donetsk or Dnipropetrovsk clans could be identified by the business links of their football clubs.

In this regard, Dynamo and the Surkis brothers, were firmly embedded in the Dnipropetrovsk business empire. Dynamo were not only sponsored by PrivatBank, but also broadcasted all their games on Kolomoyskyi’s 2+2 television station.

The deal with Kolomoyskyi allowed Dynamo Kyiv to bring in decent sponsorship. But at the same time Kolomoyskyi also owns his own club, Dnipro FC, which at the time received strong financial backing.

Dynamo came up with creative ways to pay players salaries

Dynamo, therefore, in order to stay competitive, had to be innovative when it came to paying players. When the club brought back Andriy Shevchenko in 2009, for example, the club’s economic status as a joint-stock company meant that the club could operate as a limited liability company, which in turn meant that the club only had to pay part of Shevchenko’s salary in Ukraine. This meant that both player and club could save on various taxes and social payments in Ukraine. 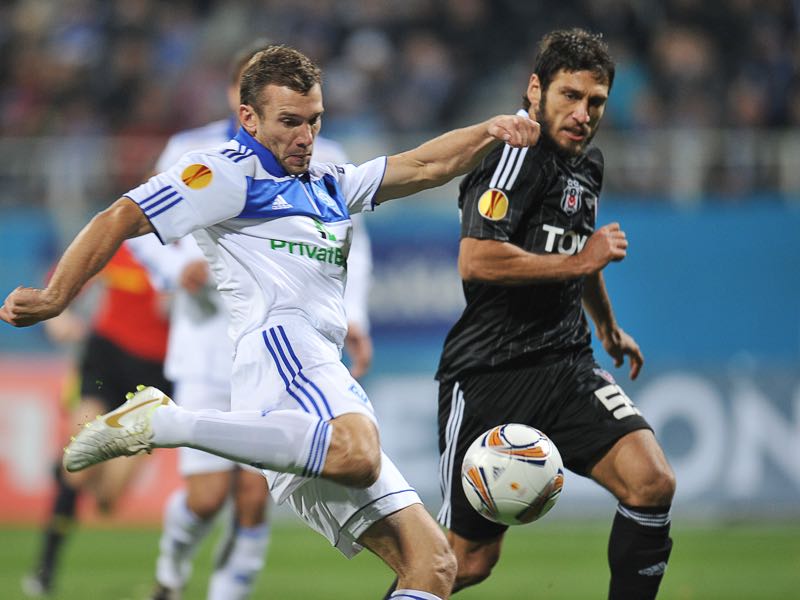 The rest of the salary was then paid through various offshore organizations into offshore accounts held by the players or their agents in forms of bonuses and image rights, which, strictly speaking, was not classified as salary. Within the boundaries of Ukraine the players only received the minimum salary required by federal law.

This system of cooperating with oligarchs, and saving on salaries worked well for Dynamo Kyiv until the aftermath of the Maidan protests that took place in the winter of 2013. In the immediate aftermath of Maidan, the country experienced a conflict in the Donbass, and the forceful annexation of the Crimea by the Russian Federation.

Maidan changed the country, and as a result also Dynamo

Both these events had a major impact on Ukrainian football as well, with several clubs now no longer playing in Ukraine or, as in the case of the Donbass, clubs having to play in exile. In addition, the aftermath of Maidan also brought in attempts to unearth corrupt business practices.

Although the scheme of paying players minimum wages in Ukraine, and bonuses abroad has been common knowledge, the media and the government, for the most part, had ignored these practices. This has now changed, however.

Documents published in October 2016, however, showed that Andriy Yarmolenko earns about €5 million a season at Dynamo. The fact that he receives only €600 a month a taxable income explains why he was reluctant to move abroad. The under-the-table payments of players in the post-Soviet space, and the problems that come with it, was something that Futbolgrad recently highlighted during the World Football Index – Futbolgrad Podcast.

Although corruption remains a major problem in Ukraine, state institutions and the media have been more open about attacking business practices. This could spell trouble for the Surkis brothers and Dynamo Kyiv. Dynamo Kyiv has always been an almost untouchable institution in Ukraine, but the club has now found itself increasingly the subject of financial investigations.

The problems, however, do not end here, for the Surkis brothers. PrivatBank, for example, was taken over by the state in December after it emerged that Kolomoyskyi was embezzling the funds of his customers.

For some time, there has been speculation that Kolomoyskyi could be in major financial trouble. His own club, Dnipro FC, has struggled with debt payments, and could only travel to a training camp this winter because they were able to sell Andriy Bliznichenko to Karabükspor for €300,000.

The club does, however, still owe money to its former head coach, Juande Ramos, and his coaching staff. It is, therefore, expected that FIFA will punish the club once again (Dnipro were already deducted six points at the start of the season) this time by forcing the club to be relegated, which would probably be the end of the club in its current form.

Kolomoyskyi’s problems, and the problems of his bank, could now, however, also impact Dynamo Kyiv. The Surkis brothers had their wealth parked at PrivatBank, and, as a result of the state taking over the bank, have seen their accounts frozen. Alina Polyakova, the official press representative of the Surkis family, told the media that, as a result, “[the Surkis brothers] don’t know how to pay the salaries of the players at the moment.”

Manuel Veth is a freelance journalist. He is also a holder of a Doctorate of Philosophy in History from King’s College London, and his thesis is titled: “Selling the People’s Game: Football’s transition from Communism to Capitalism in the Soviet Union and its Successor States”, which will be available in print soon. Originally from Munich, Manuel has lived in Amsterdam, Kyiv, Moscow, Tbilisi, London, and currently is located in Victoria BC, Canada.  Follow Manuel on Twitter @homosovieticus.