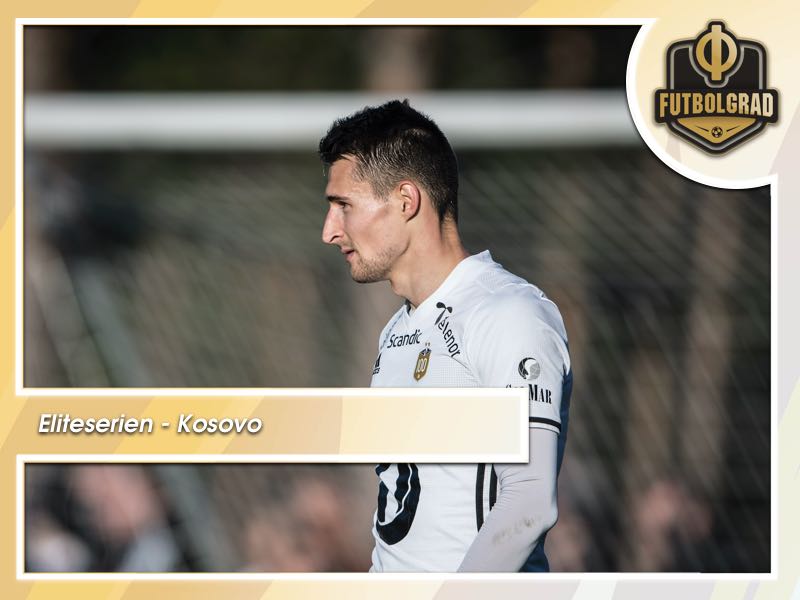 Playing in Eliteserien could be very challenging for players for countries abroad. It can be particularly tough for players from Kosovo, in spite of the fact they have some decent players competing at the international stage.

Gaining independence 12 years ago was a result of the massive bloodsheds and tense environment that plagued the country throughout the decades. The country still managed to stand on its feet and with limited resources achieved the impossible and is competing for Euro 2020. Players like Milos Rachica, Bersant Celina and Vedat Muriqi are prominent names playing in Europe’s top teams.

This article will mainly talk about the 5 Kosovan footballers who are playing in Norway.

28-year-old Shala is not such a foreigner to Norway, as he was starting his childhood career in the Norwegian side Notodden. When he moved to Odd in 2011, he managed to score 20 goals in 90 games. Standing at 5.10ft Shala is playing in the midfield and is an agile player with exceptional eyesight.

Currently, he is playing for Valerenga and managed to score six goals in 21 matches. He is a member of the Kosovo national football team and has already amassed 17 matches.

Ibrahimaj started his career in Arendal, which is competing at the third-highest tier in Norway. He spent five years there scoring 14 goals in 129 matches. Standing at 5.10ft Ibrahimaj is very fast, with excellent passing skills.

24-year-old moved to Viking in 2018 and has so far scored six goals in 38 matches. He helped his team finish the season in 5th place, and he will try to do the same this season. According to highly rated online odds websites, his team is one of the favourites to win the league. No wonder, because the club signed a lot of high-quality players for the new season.

28-year-old Kastrati has already managed to play for various Norwegian teams. Playing at a forward position, once he was considered as one of the top prospects, but failed to live up to the expectations.

Currently, he is playing for Kristiansund. He is a strong, paced player and scored eight goals in 27 matches. He made a debut for the Kosovo national team in 2014 and participated in 5 matches.

More commonly known as Elba Rashani, 26-year-old plays as a forward for Odd. He started a career in Norwegian side Skarphedin, before moving to Odd in 2010. Rashani had unsuccessful tenures in several clubs and in 2017 returned to Odd once again, where he scored 12 goals in 69 matches.

Rashani is a member of the national team with four goals in 12 matches.

Considered as one of the best Kosovan prospects, Zymer Bytyqi is known for his agility and technique. Starting his career in Norway as well, he moved to Viking in 2015 with his teammate Ylldren Ibrahimaj and scored ten goals in 110 matches. Not a high result, but the work and effort he puts for the team, is not described in the numbers.

He made a debut for Kosovo national team in 2014 at 18. If he manages to keep his form, Bytyqi will soon be on the radars of strongest European teams.

Loading...
Newer Post
Eastern European Clubs and their Performances in the Champions and Europa Leagues
Older Post
Gegenpressing – Bundesliga Podcast – Storm clouds on and off the pitch in Germany