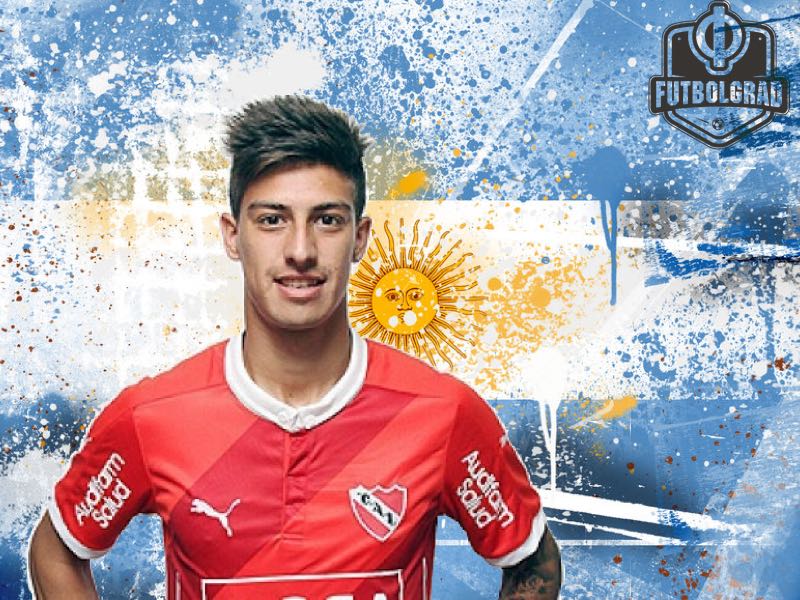 Russian giants, Zenit Saint Petersburg’s intentions of returning to the pinnacle of Russian football and becoming regular protagonists in the continental stage are more and more evident with every passing day of the current transfer window. Only hours ago, the Blue-White-Sky-Blues completed the signing of yet another Argentine player. Emiliano Rigoni, from Independiente de Avellaneda, had his release clause triggered for a sum of $9.5 million.

The 24-year-old midfielder shall complete his medical check shortly and will sign a contract that will make him a Zenit player. Rigoni is already the fourth Argentine player to join the Saint Petersburg side this summer after his countrymen Sebastián Driussi, Leandro Paredes and Emanuel Mammana joined Zenit this month.

If we go a season back in time, we will find a completely different Zenit side. Mircea Lucescu’s promising arrival as manager generated high levels of expectations among the fans who were understandably used to André Villas-Boas’ great side which was no stranger to trophies and the demanding rhythm of European competition. However, after having witnessed the team’s downfall from Champions League knock-out stages in recent seasons to an unimpressive third place in the Russian Football Premier League in 2016-17, the Gazprom owned club decided to part ways with Lucescu. 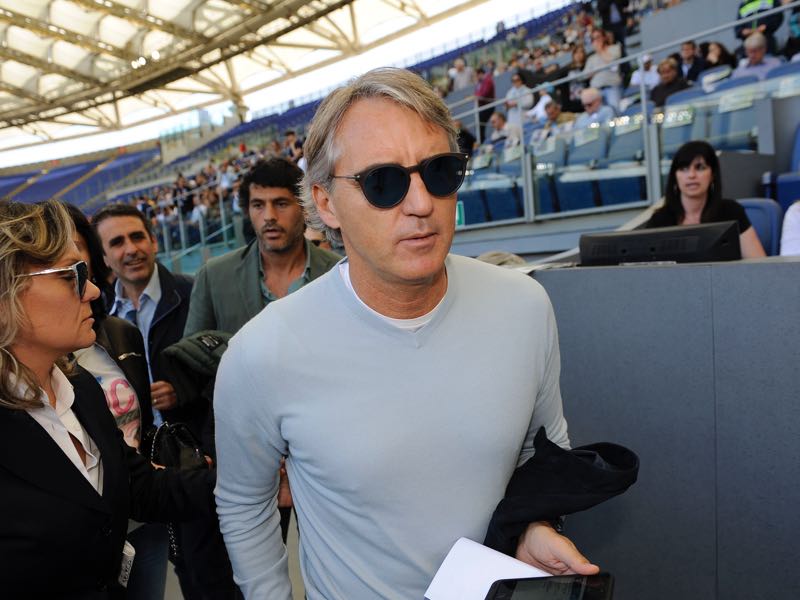 In less than the blink of an eye, the experienced Roberto Mancini was appointed as Lucescu’s replacement as a part of Zenit’s new president Sergey Fursenko’s evident plan which aims to put Zenit back to the top of the table. Along with his appointment came a revolution regarding player signings showing a much more aggressive approach to the transfer window, making use of Gazprom’s bottom-less piggy bank and Mancini’s prestige as a magnet for marquee signings—definitely an 180° turn to Lucescu’s seemingly average investments.

The likes of Robert Mak, Luka Djordjevic, Hernani and Yohan Mollo quickly saw their places in the team threatened by the arrival of new players. Mak (PAOK), Hernani (Saint-Etienne) and Djordjevic (Arsenal Tula) have all already left the club on loan.

This transfer window has been similar and different at the same time compared to what we saw last season. Roberto Mancini seems to be as captivated by Argentines as Lucescu was by Brazilian talent. Mancini has recently told the media that he believes in Argentine players, because “they adapt well to the Russian environment.” A somewhat strange statement by a coach, who has been in Russia for just a couple months—in which Zenit spent the majority of the time in training camps abroad. But Whether Argentine players can adapt well to Russia remains to be seen. One thing is for sure Mancini is captivated by Argentine players the same way Lucescu was by Brazilians. On the other hand, their players of choice are entirely different regarding quality and prestige. To put that into context: Zenit have already spent more than €69.5 million in the transfer market.

Back in Argentina, however, Zenit’s gain is the Primera División’s loss. Some players leaving after their release clauses are triggered is something the creators of the Argentine Superleague will look to fight against by attracting better sponsors, selling the product abroad and getting a fair television deal, with the former being already a reality. 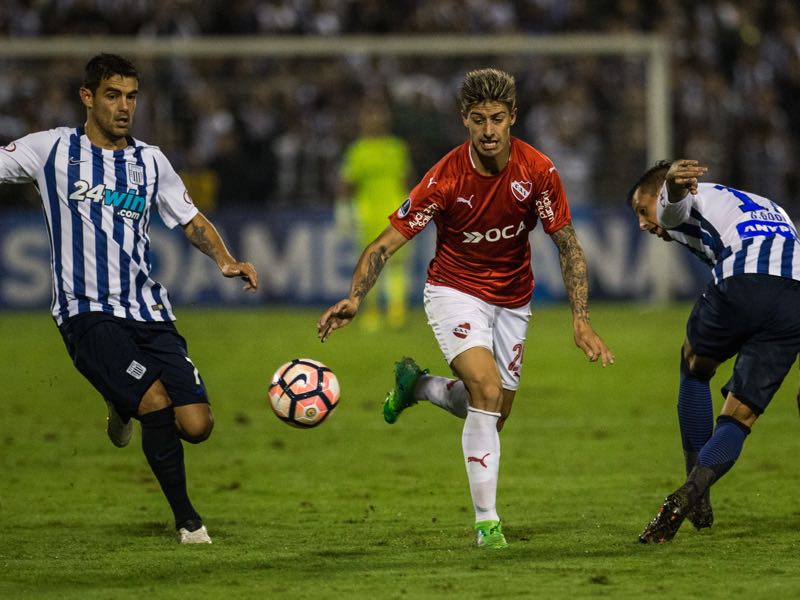 Emiliano Rigoni has been vital for Independiente’s resurrection this season. (ERNESTO BENAVIDES/AFP/Getty Images)

Going back to Rigoni, his transfer has caused nothing but anger among the Independiente fans. The Belgrano de Córdoba graduate is an essential part of el Rojo’s plan to rebuild the club’s image after being relegated in 2013. Under the current manager Ariel Holan, whose great results coaching the club would have never been possible without Rigoni.

Independiente, therefore, ignored interest from Ajax in Rigoni in an attempt to assure the manager the backbone of his already assembled side. Zenit’s approach, however, was too much to fight off given the surprising release clause in Rigoni’s contract of only $9.5 million. According to sources Rigoni and his manager refused a wage increase from the time he signed the contract to avoid a consequent increase in the release clause, something which could have possibly delayed his departure at least one more season.

Now that Rigoni has shown what he can do, this low clause has allowed Zenit to get a player with plenty of time to develop at a relatively low price. Despite the effort of Independiente, who are led by Hugo Moyano, the leader of the Argentine Lorry Drivers’ Union—something as powerful in Argentina as Gazprom is in Russia but less glamorous—the manager’s pressure on both negotiating parts and the affordable numbers were too much. As a result, Rigoni is now set to depart after having arrived just last season.

What does Rigoni mean for Mancini’s plan?

Rigoni’s transfer could not be better for Zenit and its dominating style of play. As a right midfielder, he can comfortably lead the team up the pitch with incredible speed, great vision and sharp changes of direction. Besides, his contributions in defence are significant since his stamina and pace allows him to track back and steal the ball many times in a single match without losing his explosive speed. Both Domenico Criscito or Yuri Zhirkov, who both defend on the wings, will surely be delighted with such a complete companion. Roberto Mancini has already used the 4-4-2 system in the past, and hopefully, he will keep using this tactic for it is the formation which suits Rigoni best.

When it comes to individual skills, Rigoni is a complete midfielder. Even though his speed prevails as his most evident attribute, he is also intelligent, resourceful and has a special foot for set pieces.

As already mentioned, Zenit have signed many players this season. With Rigoni, they get yet another midfielder that will have to fight for a spot along with the likes of Oleg Shatov, Giuliano, Zhirkov and Aleksandr Kokorin, who seems to be on fire down the left wing this season.

Apparently, Zenit’s intentions in the transfer window are far from over. The attacking half is well covered, but the team desperately needs a centre-back after Nicolas Lombaerts’ departure after years of loyal service, Luís Neto’s inconsistency and the reluctance of three managers to play Ivan Novoseltsev, who could still leave the club.

According to Sport-Express, Zenit have come to an agreement with Olympique Lyon for the transfer of Emanuel Mammana. Worth around €16 million Mammana is going to take the place of Kostas Manolas, whose transfer failed at the last moment. It does not stop there, however, for rumours indicate that Zenit are also following another Argentine defender: Germán Pezzella is apparently being followed closely by Zenit’s staff and could raise the number of Argentinians in Zenit’s squad to five.

The transfers are of course not without risk. The Russian Football Premier League has already announced changes to the foreign limitation rule, and the UEFA Financial Fair Play watchdogs will also carefully monitor the expenses.