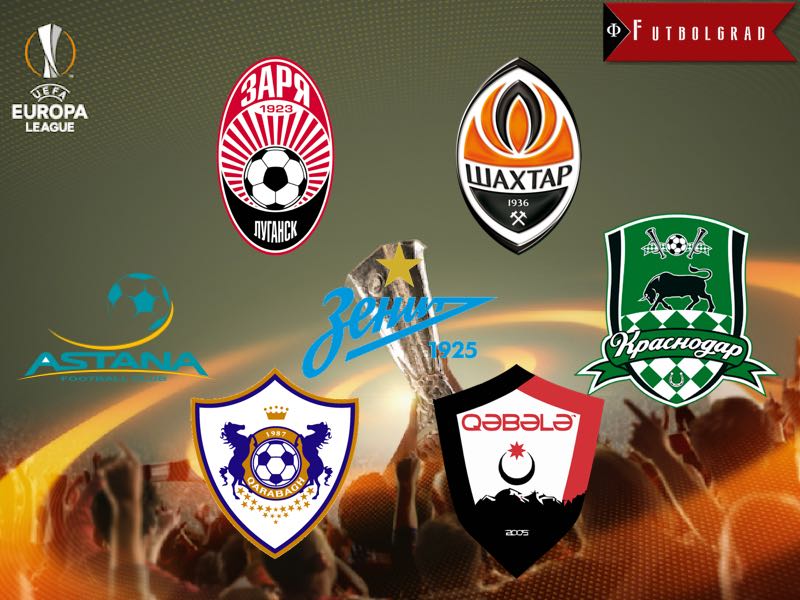 Futbolgrad’s main focus in the Europa League roundup from matchday 4 is on Zorya Luhansk vs Feyenoord, as Feyenoord fans were attacked by Chornomorets Odessa hooligans before the Thursday nights game. Meanwhile, Zenit Saint Petersburg and Shakhtar Donetsk remain 100% in the group stage, whereas Krasnodar falls to Schalke, who like Zenit and Shakhtar have a perfect record in this competition this season. Finally, some good news for Azeri fans, as Qarabag are only one step away from a historic first round of 32 appearance.

Crowd trouble involving Ukrainian football fans continues to be a major theme on matchday 4 of the UEFA Champions League and Europa League. On Tuesday, Dynamo Kyiv fans clashed with Benfica supporters, and then on Thursday night, Chornomorets Odessa supporters clashed with Feyenoord Rotterdam supporters in the city’s Shevchenko Park.

The confrontations began ahead of the Zorya Luhansk vs Feyenoord Rotterdam Europa League game. Zorya uses Odessa as its home base for European matches, as the club remains forced into exile due to the on-going conflict in the Eastern Ukraine.

Videos shot that evening show running battles between opposing fans, as well as between fans and police, as Feyenoord fans seemed to have been attacked by local Chornomorets Odessa fans.

The Dutch portal FCUpdate reported that 500 Feyenoord fans had travelled to the match and that two fans from the Netherlands were seriously hurt in the incidents. Inside the stadium, Feyenoord fans were forced to surrender their scarves, and those who refused were punched.

In November 2014, following the Maidan Revolution and Ukraine’s conflict with Russia, Odessa was briefly declared unsafe for football games, as the city was the centre of a number of bombings, and football games only returned to the city in July 2015.

Zorya, meanwhile, chose the Chornomorets Stadium in Odessa as their home ground, because their temporary home in Zaporizhya did not meet UEFA standards, and Dynamo had blocked a move to the Olimpiyskiy Stadium in downtown Kyiv.

After drawing Feyenoord 1-1 on matchday 4, Zorya Luhansk are not yet mathematically eliminated. But after two points in four matches, and a point difference of five points to second placed Feyenoord and first placed Fenerbahçe, as well as a four point deficit to Manchester United, the Ukrainians are unlikely to advance to the round of 32.

On the other hand, Zorya could still play a big part with regard to who will advance out of Group A, as they will face Manchester United on matchday 6 in Odessa. Despite their recent poor performances, Manchester still has the power to captivate the masses, and there should be a significant crowd to support them at the Chornomorest stadium.

The downside to United’s visit in Ukraine will be the potential for fan unpleasantness. The European Championships in France have highlighted that England fans, in particular, are often involved when it comes to significant crowd trouble. In light of the incidents that involved local Chornomorets fans on Thursday, it would, therefore, not be surprising if the city faces similar security problems with English away fans on December 8.