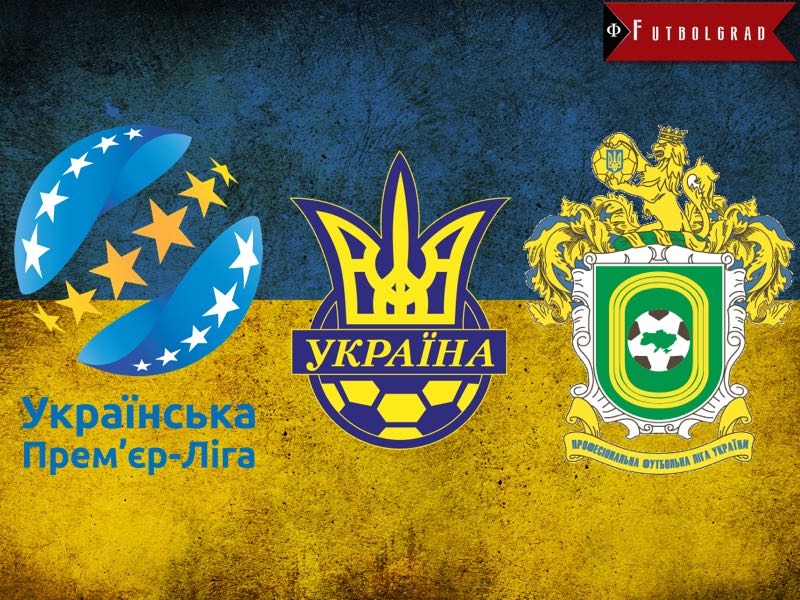 The Ever-changing Landscape of Ukrainian Football

Over the last few years there has been a steady stream of teams coming and going from the Ukrainian Premier League, the second division Persha Liga, and the third division. A new info graphic published by the Ukrainian sports homepage Tribuna on September 20 shows that in the last two seasons 14 clubs have been dissolved, and in their place 16 new clubs have been founded.

Four of the disbanded clubs, Stal Alchevsk, Metalurh Donetsk, Shakhter Sverdlovsk, and Makeevugol Makeevka, were playing in Eastern Ukraine, and were directly affected by the on-going conflict in the Donbass. Three further clubs, Titan Armyansk, Tavriya Simferopol, and FC Sevastopol, were lost when Russia annexed the Crimean peninsula.

The Crimean clubs continue to operate in one form or another in an independently held Crimean Premier League. Furthermore, Tavriya Simferopol has also been re-founded on Ukrainian held territory, which means that there are currently two independently operated Tavriya football clubs in operation on both sides of the border.

The ever-changing landscape of Ukrainian football document in this Tribuna map.

Hence, the conflict between Russian-backed separatists in the Donbass, and the annexation of the Crimean peninsula has had a significant impact on the country’s football landscape. Seven of the 14 clubs that have been disbanded in the last two years are located in the Donbass and the Crimea, and were therefore directly affected by the political events that have taken place in the country.

One could even count an eighth club, Metalist Kharkiv, to the list, as the team’s bankruptcy is linked to the exile of its owner Sergey Kurchenko. The remaining six clubs, however, were dissolved because of financial problems.

The map doesn’t even include several clubs that were also on the brink of bankruptcy last season. Yet, as it is common in the region, many of those clubs are quickly re-established under a new cooperate, and debts to players, coaches, and employers unpaid.

Metalist Kharkiv is such an example as the club is likely going to be re-founded under a new ownership group as Avanhard Kharkiv. But they are not the only club to rise out of the ashes of a bankrupt club. Indeed the second part of the map includes Arsenal Kyiv, which went bankrupt at the end of 2013.

The club has since been re-created under new ownership, and now plays in the Ukrainian Druha Liga (third division). Another club that has resurfaced is Metalurh Zaporizhya, which went bankrupt during the early half of the 2015-16 season, a situation that left many players unpaid for months.

Do not be surprised if either Zaporizhya and/or Kharkiv will soon reappear in the Ukrainian Premier League, as both clubs can now operate with a clean slate, as the debts were left with the previous legal entity.

The map published by Tribuna is a snapshot, because as long as clubs can escape into bankruptcy in order to avoid paying their debts to players and coaches, other smaller Ukrainian clubs may be willing to take the easy route, and dissolve their clubs simply to restart them in the third division and with a clean financial slate.

In recent months Futbolgrad has followed several cases where even larger clubs were on the brink of bankruptcy. As long as Ukrainian football is unwilling to introduce true structural reform and stringent licencing requirements, the coming and going of professional clubs will continue for the foreseeable future.