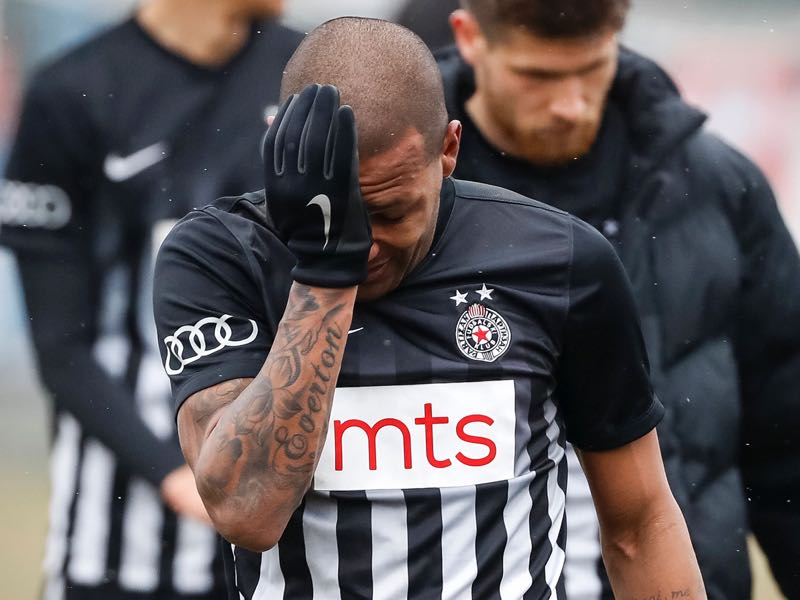 The racist incident against Partizan Belgrade defensive midfielder Everton shows that Serbia is fighting a losing battle in its fight against racism.

Awoken from its winter sleep, football returned to Serbia’s pitches in February.

Dragging its feet after the ice-cold slumber, it brought back all of the usual problems along with it, thereby marring what was supposed to be a football holiday at the Stadion Kralj Petar Prvi in Belgrade last week.

The low-scoring affair saw the Serbian powerhouse, Partizan Belgrade, record a 1-0 win over FK Rad, courtesy of a winner by striker Uroš Đurđević—a former FK Rad talent who returned to Serbian football last summer in an attempt to get his career back on track, following disappointing spells with the Dutch side, Vitesse Arnhem, and the Italian club, Palermo.

Fans of Partizan’s local rivals FK Rad—known as a club with a fierce hooligan base— used the occasion to get themselves fired up after the long break and put in a show to divert attention from the quality-deprived football performance.

The unfavourable weather conditions made the bleak FK Rad stadium atmosphere even more demoralising in a scenography utterly characteristic of the Serbian football. The architectural remains of socialism such as the hard-block monotone giants that rest in the background of the low-terrace stadium—among which the renowned Institute for Orthopaedic Surgery “Banjica” stands most prominently and proudly in its architectonic decline—symbolically depict the very state of the Serbian football itself.

The players fought against each other, against the badly worn pitch and—in the case of Partizan player Everton—against the ill-willed FK Rad supporters.

The notorious fan group called “United Force” is the beating heart of the FK Rad supporters’ base.

A disreputable hooligan unit, which is no stranger to fascist beliefs, used the first game of the second part of the Serbian football season to target Partizan enforcer, the Brazilian midfielder Everton Luiz.

They started off by displaying a banner on the stands that was insulting to Everton Luiz. The game was briefly stopped as stewards removed the abusive piece of cloth. Warnings issued over the PA system had little effect as United Force continued to harass the Brazilian with racist rants directed at the player throughout the match.

Having bravely endured heavy fire for full 90 minutes, the Partizan defensive midfielder waited until the final whistle to go behind the goal and face his abusers.

In a move that sparked a reaction from the FK Rad players, the Brazilian flashed a middle finger to FK Rad supporters and initiated an on-pitch tantrum that tainted the whole picture even more.

Everton’s reaction came from an understandable impulse, but it did little to hide the Brazilian’s distress as he left the stadium in tears. Comforted by his teammates, Everton revealed his disappointment and anger in a post-match interview.

“I’ve been suffering racist abuse during the entire 90 minutes and also was upset by the home players, who supported that. They were all attacking me.”

“I want to forget this as soon as possible. I love Serbia and the people here, that is why I cried. But please say no to racism”, he said in a message which seemed to fall on deaf ears.

Partizan manager, Marko Nikolić, was the first one to come to his player’s defence.

“It’s a return to the reality of Serbian football”, said a man, who is no stranger to racism rows himself.

Marko Nikolić is no stranger to racism

The Partizan manager was embroiled in a scandalous racial ruckus last season while in charge of Slovenian Olimpija Ljubljana for abusing one of his own black players. The young tactician called the striker of Nigerian descent, Blessing Eleke, a ‘black idiot’ for spending too much time celebrating an equaliser, which ultimately cost him his job at the Slovenia giants.

Ironically, to some extent, Marko Nikolić was the one to call for Serbian football authorities to punish both sides in the incident. In a somewhat expected development, the official reaction to the embarrassing incident unfortunately went under the radar as disciplinarians quietly announced that a stadium ban will be imposed, using the official announcement on the ban to condemn the perpetrators of the racial slur.

Both clubs issued respective cries condoning the incident and shouting a big NO to racism, whereas several players of Serbia’s other clubs—most notably Red Star—rushed to support Everton, offering solidarity and a lifeline of hope that Serbian football can fight the rot of racism.

The biggest problem of them all, however, was the lack of decisive, timely, and most importantly, publicly clear reaction from the Serbian FA. Without a single statement on the incident, the FA have silently approved of the racist behaviour. At least that seems to be the message in this particular case.

Without a clear stance against racism, which has been evident in Serbian football for years now, one should not expect the problem to be tackled any time soon. The lack of both reaction and legal repercussions for individual offenders will continue to encourage such repugnant behaviour that threatens to become a trend and even a competition of sorts.

A strong reaction, and a powerful backlash from the public, seems to be the only viable solution to stop the infestation from spreading. However, the chronology of the problem reveals that its deep roots go back to 2006 when a handful of Ku Klux-style hoods were first sported by Borac Čačak fans in Smederevo in an effort to insult a Zimbabwean player.

The same group went on to beat one of their own players two years later, to send a message to a 21-year-old Ghana trialist that he was not welcome in their city.

Danny Rose felt the wrath of Serbian racists in 2012 when the U-21 European Championship qualifier between Serbia and England was marred by racist chants aimed at the England defender, and which ultimately sparked an on-pitch tussle between the members of the two teams. 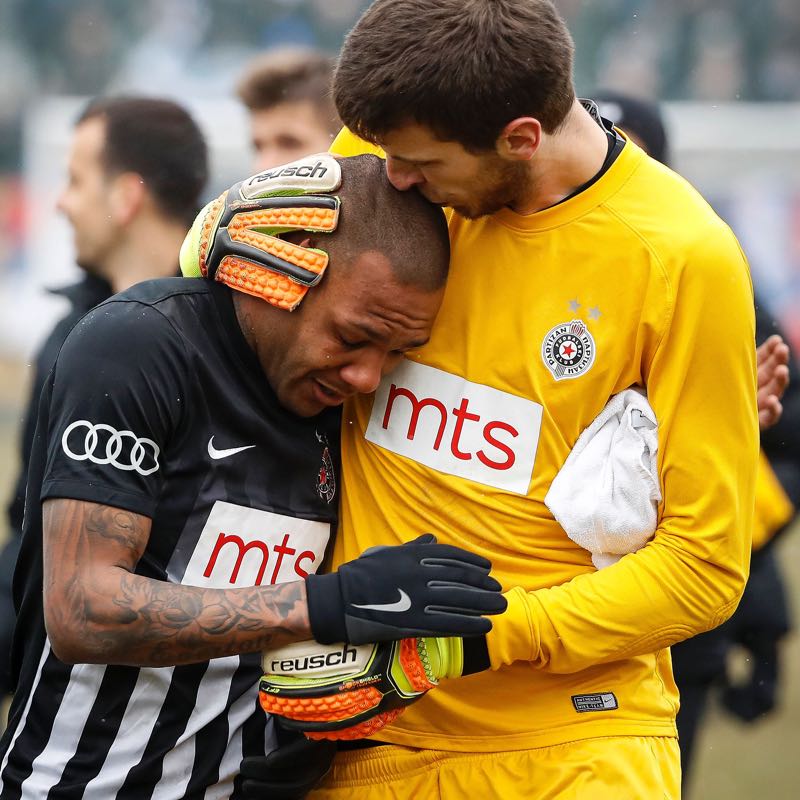 Partizan were the victim in the case of Everton. But not too long ago, Partizan fans were guilty of antisemitism in one of their rare high-profile outings in England back in 2014, when they visited White Hart Lane in a Europa League game. The Grobari—as Partizan fans are known—displayed a banner which was their own version of an ‘Only Fools and Horses’ series logo, read ‘Only Jews and P****s’ in an inappropriate association to Tottenham’s Jewish heritage.

For the second time in the same year, a Nigeria striker was racially harassed in the city of Niš. After that, the timeline of racial abuse was stopped for more than two years—until last week’s incident with Everton Luiz.

Without a clear set of regulations and a strategy intended to raise awareness on the part of the public, the FA remains a silent accessory in a crime and that, unfortunately, is the biggest losing point in Serbia’s fight against racism today.