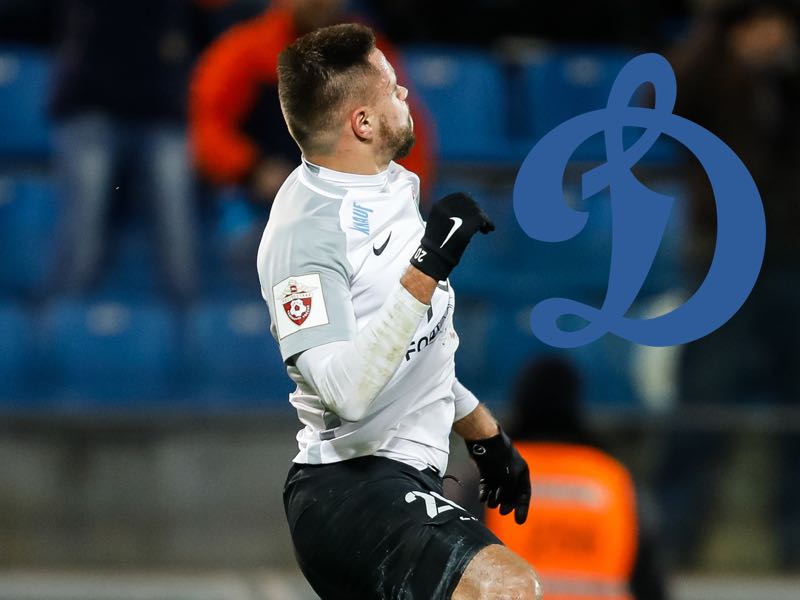 The Saint Petersburg native has been the third best striker in the RFPL behind Aleksandr Kokorin and Fedor Smolov this season with eight goals in 19 games. His goalscoring rate is even more fantastic given that five out of his eight goals have come after being brought on late in the game.

Evgeni Markov will now join a side that already includes last season’s Football National League top scorer Kirill Panchenko, who managed 24 goals and six assists in 34 FNL games. Panchenko scored four goals in ten games this season and was even called up the Russian national team at some point. Panchenko, however, went down with an ACL tear in on matchday 10 and has been out since.

Although Panchenko is expected to return following the winter break adding another forward makes sense for Dinamo Moscow. The former police club has struggled in the league at times this year and with just 22 points is currently in 12th place, only one point ahead of Amkar Perm, two points ahead of Tosno and three points ahead of Anzhi Makhachkala, Dinamo are deeply involved in the relegation battle.

Hence, with the drop zone tightly contested Dinamo needed depth up front. Furthermore, Evgeni Markov is considered a more all-out forward than Panchenko, who is also capable of dropping a bit deeper to play like a false nine. Dinamo head coach Dmitri Khokhlov could, therefore, opt to play the two strikers together up front and to go on Dinamo’s tactics this season—the club has often performed in a 4-2-2-2 formation—this would make sense.

In a 4-2-2-2 formation Evgeni Markov, with his tall frame of 187cm, could become the target man, whereas the more agile Panchenko could use space created by the more physical Markov to find more goalscoring opportunities. In fact, in light of this, the addition of Konstantin Rausch also makes sense, as the winger knows how to play this sort of setup from his time at 1.FC Köln.

Last season Köln often fielded a 4-2-2-2 formation with an all-out striker, in Anthony Modeste, and a more in-between the lines forward in Yuya Osako, supported by the fullbacks that would push up the field rapidly. This system, alongside the 3-5-2 system, is becoming ever more common in European football as it allows for a high press and quick turnovers.

It only works, however, with the right players and it now appears that Dinamo Moscow are quietly undergoing a tactical revolution by making key signing in the winter break. One question that needs to be asked, however, is how Dinamo Moscow can afford these transfers. Konstantin Rausch’s transfer, worth in the region of €2 million, was an expensive transfer by current RFPL standards.

Dinamo were able to outbid Zenit to get the striker signed

Evgeni Markov in the meantime had offers from Zenit, where he played in his youth and which would make a move easier given that Tosno play in Saint Petersburg, but instead chose to move to Moscow. Dinamo Moscow’s ownership situation lacks transparency at the best of times, and it is entirely possible that either the Rotenberg family is re-investing, or that a new ownership group is coming in restructure the club. 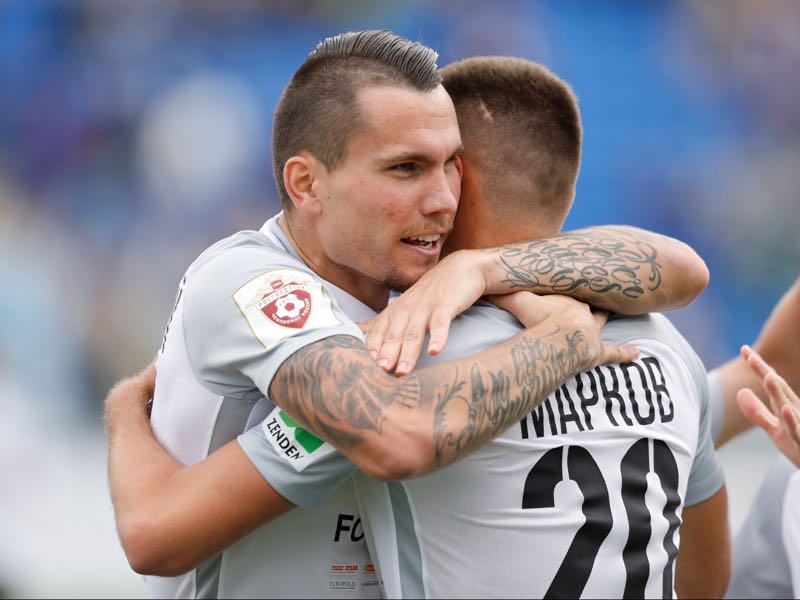 There are, however, other question marks surrounding the Evgeni Markov transfer. Tosno are after all one of Dinamo Moscow’s biggest competitors in the relegation battle. The club, which plays its home games in the Petrovsky Stadium in Saint Petersburg, has now sold Markov to Dinamo and their other top striker Anton Zabolotnyi to Zenit.

Although the club brought in Brazilian Ricardinho from Red Star Belgrade, it is questionable whether Tosno have enough firepower to compete. Furthermore, the deal raises the question over Tosno’s financial power to compete in the league. Playing in Saint Petersburg is a bit of an awkward situation at the moment and although the club has played some attractive football at times without selling the top players indicates that the destination could very well be a return to the Football National League.