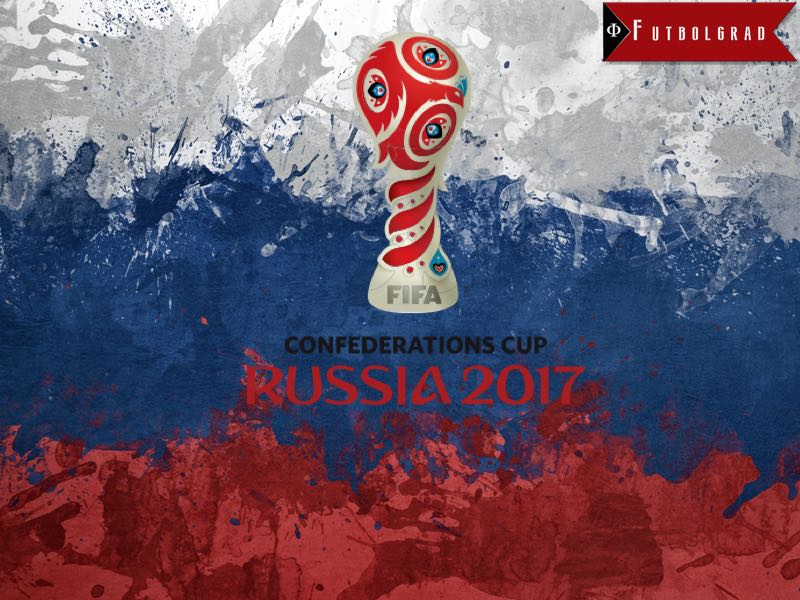 The 2017 FIFA Confederations Cup wrapped up on Sunday with the final between Chile and Germany. On a first glance, Germany’s young side surprised the world by beating Chile 1-0 in the final. The tournament was seen critical among German media, but as die Mannschaft progressed towards the final and the eventual triumph there was a sense of satisfaction even in Germany.

In fact, the German media underwent the biggest U-turn throughout the tournament from claiming that Löw was not taking this tournament serious enough towards him having undertaken the right steps by using the competition to blood a new crop of young and determined players. 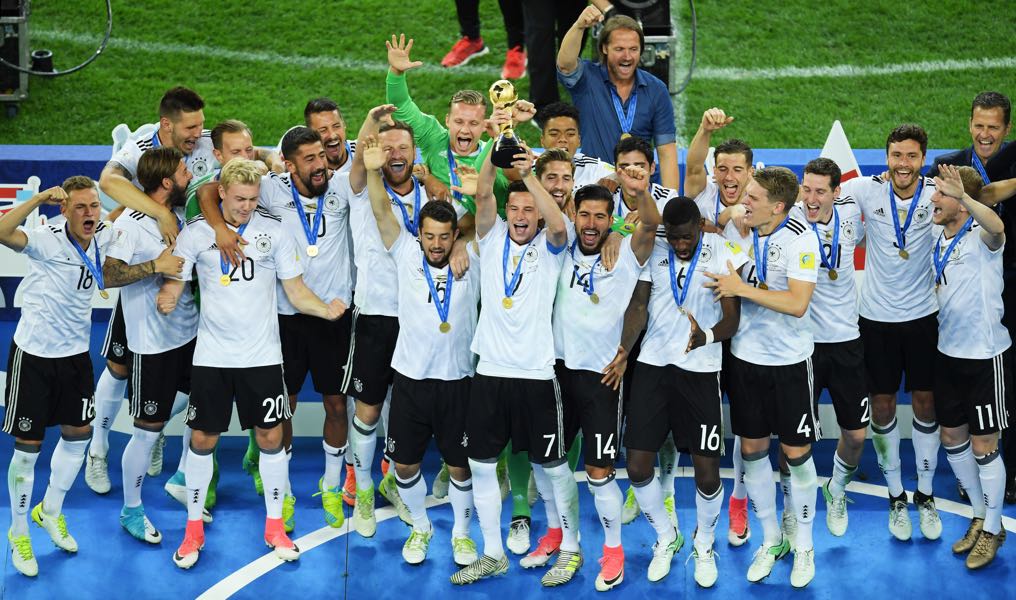 Germany winning the 2017 FIFA Confederations Cup in Russia caused a bit of a U-turn in the German media. (Photo by Matthias Hangst/Bongarts/Getty Images)

The U-turn by the German media aside there has been plenty of debate about the importance of the 2017 FIFA Confederations Cup around the world, and there is a sense that this could be the last edition using the current format. After all, it is hard to imagine FIFA playing the Confederations Cup using this setup ahead of the 2022 FIFA World Cup in Qatar, which is scheduled to take place just before Christmas time. Whether or not it makes sense to continue the tournament in this form or to change the format perhaps will be a question for FIFA to debate in the coming months.

The FIFA Confederations Cup is a Great Test Run

For FIFA staging some tournament in the year ahead of the main event makes sense, however. It allows both the host nation and the world football governing body to test out the stadiums and infrastructure and to determine flaws that then can be fixed for the main event. FIFA also likes to use the FIFA Confederations Cup to use new technology such as VAR.

Given all the problems that western media projected on Russia hosting the event, it was perhaps a surprise that it would be on field decisions that became the major discussion point. VAR, as it was used at the tournament, was a disaster. Referees often took to long to make decisions and even using the technology still came to the wrong conclusion.

The problems with VAR were especially telling in the final where Gonzalo Jara brutally fouled Timo Werner. Jara elbowed the Leipzig forward in the face, and the Serbian referee Milorad Mažic took several moments to look at the highlights. Despite the assistance of VAR he still gave Jara a yellow card instead of the red card he deserved. Had you, for instance, used your Bonus Code at Bet365 to back a specific number of bookings being issued, this would likely have prompted you to turn off your television set.

It was one of several VAR moments that caused head shakes around the stadium and confusion in the press box. But given that the Confederations Cup is a test tournament using VAR in this environment was perhaps the right decision. One should also keep in mind that many of the referees at the tournament received very little training with the technology and that Bundesliga referees, for example, have been using the technology offline for an entire season now.

The Krestovsky Stadium still had a distinct wet paint smell at the opening game. But is also a magnificent venue. Image by Manuel Veth

Meanwhile, for Russia, the tournament was a perfect opportunity to test the sites and to present the country in the best light to visiting fans and journalists. For the most part, people will leave the tournament with positive impressions.

Although the Krestovsky Stadium in Saint Petersburg still had a distinct wet paint smell about it the venues in Kazan, Moscow and Sochi are certainly ready to host the main event next year. Furthermore, the Futbolgrad Network spoke to the representatives of the other host cities, and they assured that all stadiums would be ready in December—just in time to play the three competitive matches FIFA requires from World Cup stadiums ahead of the main tournament.

For the Most Part, Russia did Well to Represent a Positive Image

For the most part, the country did well when it came to presenting a positive picture. The Futbolgrad Network team was positively surprised about smiling volunteers and fantastic service at local restaurants. Media representatives, in particular, were treated with the utmost respect and were fulfilled almost every wish.

But there were also some small problems. The arena in Kazan for example still lacks the proper transport from and to the venues. The heightened security, although understandable, also overshadowed the friendly face the host was trying to put on. 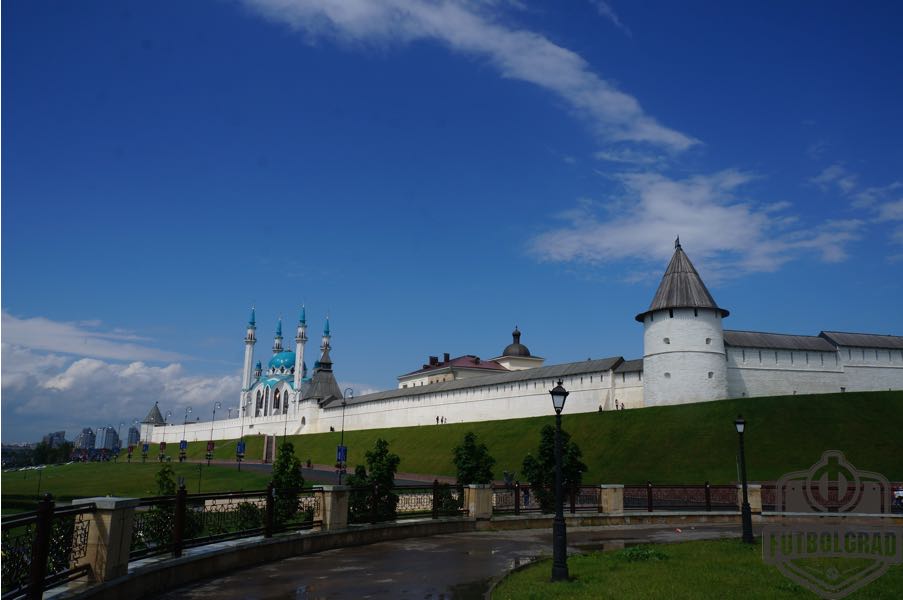 Kazan is an excellent venue but still needs to figure out better transport from and to the stadium. Image by Manuel Veth

Attendance figures were also small, especially in Sochi. Germany’s first group stage game against Australia had shades of a preseason friendly rather than a tournament play. Russia’s first game against New Zealand at the Krestovsky Stadium also was not sold out and what was even worse very few people attended the opening ceremony of the tournament.

The attendance then picked up for Russia’s second game against Portugal at the Spartak Stadium in Moscow. Russia then also managed to attract a good crowd against Mexico at the Kazan Arena. Overall the attendance was about the norm in comparison to other Confederations Cup—only the 2013 FIFA Confederations Cup in Brazil sold out games regularly—tournaments and only Sochi needs to be highlighted as a major disappointment regarding attendance. What is, without doubt, is that Russia made the best of hosting the 2017 FIFA Confederations Cup off the pitch.

The Sbornaya Disappointed at the 2017 FIFA Confederations Cup

On the pitch, however, Russia was a major disappointment. The Sbornaya had a difficult time overcoming New Zealand and then lost to Portugal (1-0) and Mexico (2-1) to crash out of the tournament.

For Russia’s head coach Stanislav Cherchesov the performance of his Sbornaya means that he is now under heavy criticism. There have been quite a few fans who have demanded Cherchesov should be replaced with the newly appointed Rubin Kazan head coach Kurban Berdyev. Russian fans believe Berdyev’s defence first approach could at least somewhat secure acceptable results at next summer’s tournament.

Whether a new head coach could overcome the obvious shortcomings, the Sbornaya displayed at this tournament is, however, doubtful. In fact, it could be argued that Cherchesov was on the right track with his selection and his tactics. Using the 3-5-2 Russia has made some improvements and had Igor Akinfeev kept his nerves in the final group stage game against Mexico Russia could have advanced.

Cherchesov has indeed gone great lengths forcing out older players and slowly rebuilding the Sbornaya. Former defenders like the Berezutsky twins have been replaced with new players, and there is a sense that given time Cherchesov may succeed in reforming the team. Whether one year will be enough to form a competitive team is doubtful, however.

After all, Russia’s club football has done too little in the last few years when it comes to integrating young players in the Russian Football Premier League. As a result, it is highly unlikely that Russia will play a significant role at the 2018 FIFA World Cup. But what we do know is that the country should be ready to host a great tournament next summer.