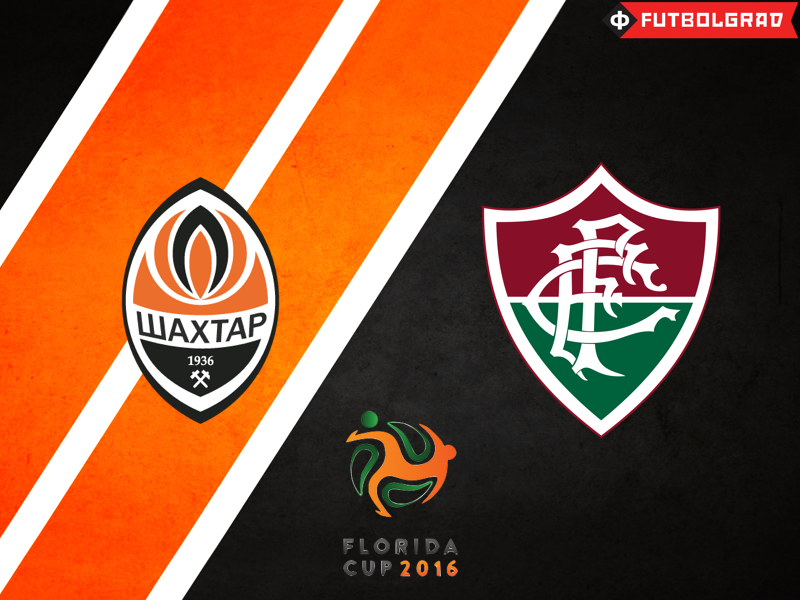 This is the second game Futbolgrad has covered during the Florida Cup, as we were also present during Schalke 04’s heavy 3-0 defeat to Atlético Mineiro. 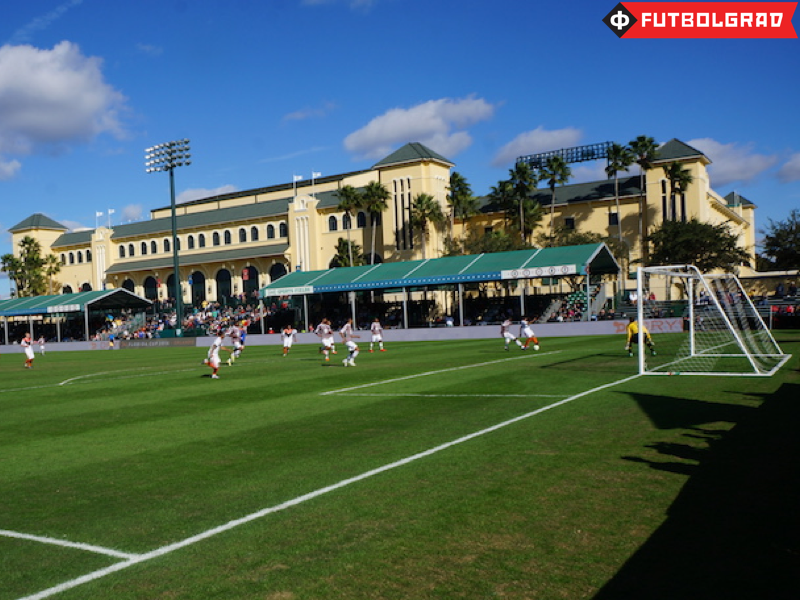 In this match Shakhtar Donetsk kicked off its winter preparations in Florida on Sunday January 17 at the ESPN Wide World Sports Complex in Orlando. The Ukrainian club faced the Brazilian club Fluminense from Rio de Janeiro (find the full match report on the excellent The Mane Lane Blog). But neither club was the focus of the match, rather the spotlight for this match was on Ronaldinho, as Fluminense officially presented him to its fans in the United States.

The first half was relatively uneventful with both coaches featuring what is close to a regular starting eleven. Shakhtar had perhaps the biggest chance when Facundo Ferreyra missed an open net. Alex Teixeira, who might be the hottest commodity on the transfer market in the winter, was also missed several chances—a rarity for the Brazilian striker who has scored 22 goals in 15 Ukrainian Premier League games this season. 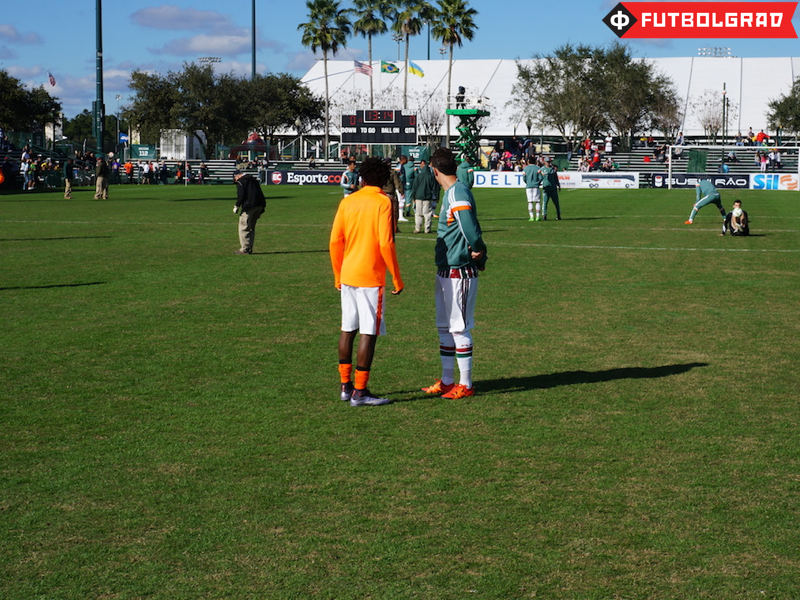 Two minutes into the second half Shakhtar’s Marlos got free on the left side, and was able to pass the ball across the six yard box where Facundo Ferreyra was able to tap the ball into the empty net.

But the next big highlight was not a goal or a save but the appearance of Ronaldinho, who was brought on in the 59th minute. Fluminense signed Ronaldinho last July, but the 35-year-old Brazilian had his contract terminated by mutual consent in October after failing to score or provide an assist in nine matches. 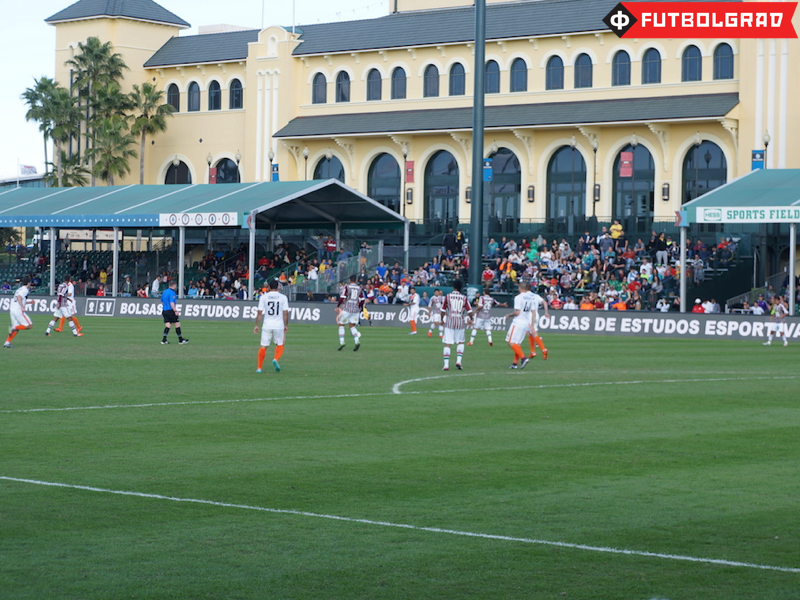 Ronaldinho, however, had a clause in his contract that would guarantee his participation at the Florida Cup. Fluminense’s striker Fred has criticized the fact that Fluminense has included Ronaldinho on the trip to the United States in November. Fred told the Brazilian radio station Globo “I honestly think that [Ronaldinho participating] would not be good. The tournament will be a pre-season for us, is not a promotion game. For some the camp is important to develop. Those who play need to be part of the squad. If it looks like marketing strategy, Ronaldo draws crowds.”

Interestingly enough Fred was left out of the squad for the match against Shakhtar Donetsk. Furthermore, Ronaldinho, and not the club’s star Fred, was used for most of the club’s promotional events in the United States and it was Ronaldinho who represented Fluminense at the Disney Parade, which was held a few days before the match. 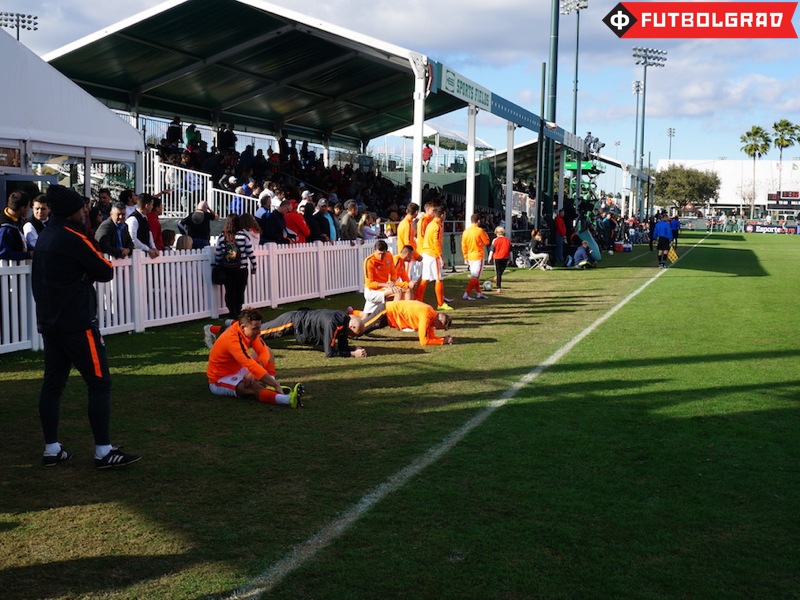 Internal politics at Fluminense aside Ronaldinho’s appearance at the Florida Cup did indeed provide the biggest highlight at Shakhtar’s first match. Both coaches used the second half to test depth players. Shakhtar brought on several young players from the academy, and it was one of the young guns who made the mistake that let to Fluminense’s tying goal in the 80th minute as the 19-year-old Mykola Matviyenko failed to stop a back pass, which ended up with Felipe Amorim instead. Amorim in turn was able to deliver a pass to a waiting Magno Alves who calmly slotted home the equalizer. The match ended in a 1-1 draw, but thanks to Ronaldinho’s presence had the feeling of a promotional event rather than a test match.

Mircea Lucescu – “No press, I leave…”

Mircea Lucescu could not return to the IMG Academy fast enough and as the press was still scrambling to get to the ESPN Press Room Lucescu took one look at the near-empty press room and then said “No press, I leave.” 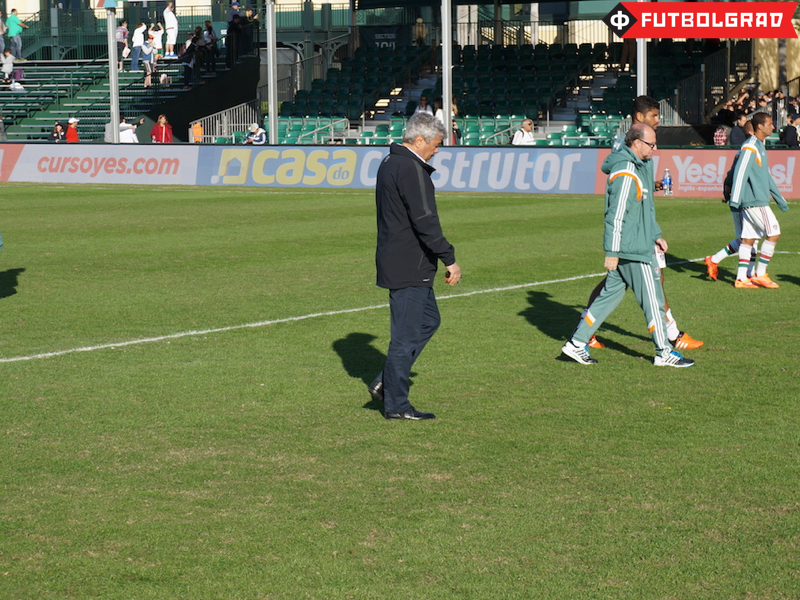 Mircea Lucescu couldn’t wait to get out of Orlando, and back to training – Image via Manuel Veth

In defence of Lucescu, Shakhtar has to travel 106 miles from the ESPN Wide World Sport Complex to Bradenton where the IMG Academy is located. Furthermore, the Brazilian organizers failed to send out a notice in English that the press conference was going to take place along with the details about where and when it would occur, which meant that most of the English speaking press failed to show up. Futbolgrad was one of only two media representatives to show up to Shakhtar’s short-lived press event. 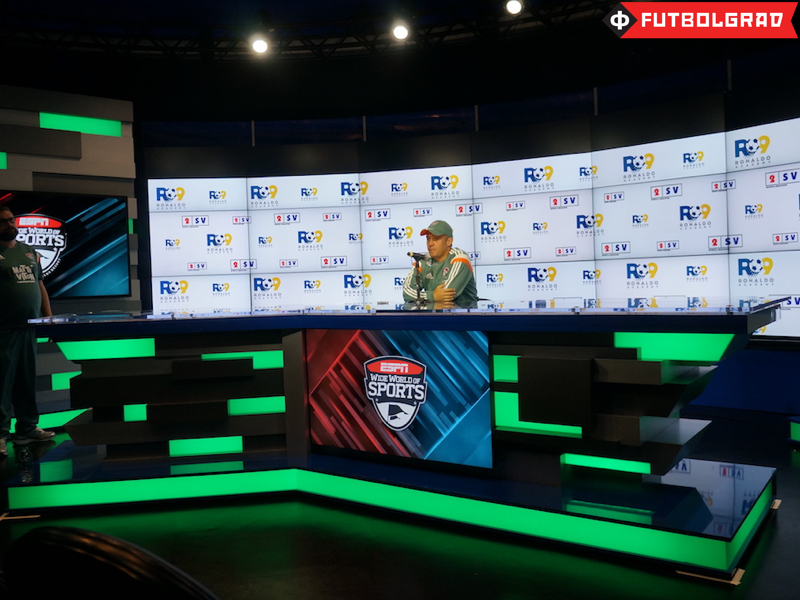 For Shakhtar this match is the first of two matches at the Florida Cup as the club will be facing Corinthians on January 20 at the ESPN Wide World Complex. Futbolgrad will be present at Shakhtar’s next game, and hopefully this next match will be more than just a promotional match for a Brazilian club, and will allow the foreign press to gain better access to Shakhtar Donetsk.