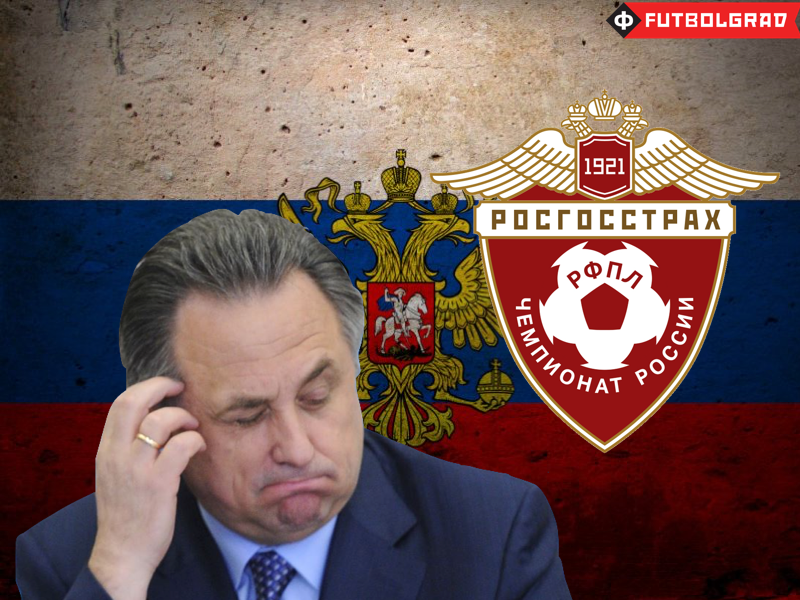 On December 27, on the other hand, the head of the Russian Football Premier League (RFPL), Sergei Pryadkin, has told the Russian news agency TASS that there won’t be any changes to the 6+5 rule until at least the 2018 World Cup.

When speaking to TASS, Pryadkin stated, “Prior to 2018, the current version of the limit will remain. We had a working meeting of the Council under the President (for Physical Culture and Sport, which was held on December 8), which included the current president of Zenit [Saint Petersburg] [Aleksandr] Dyukov and myself. We, as members of the Executive Committee of the Russian Football Union (RFU) have raised the question of what will happen with the rule.” He added, “[the members of the RFPL believe that] today the 6+5 rule is the best option, it promotes the growth of our players, and at the same time allows clubs to perform successfully in Europe.”

Meanwhile, Mutko has reacted strongly to the statements issued by Pryadkin. Speaking to Sport-Express, Mutko stated that Pryadkin “got excited” and that his statements were premature. Mutko added, “[discussions] on the limit is not his business… the Sports Council was held, but there is also a special commission by the President [of the Russian Federation].”

When asked whether there could be changes to the limit, Mutko responded, “I am cautious in this regard…The most important thing is to find the mechanism by which we can protect our interests, and the interests of Russian players. We will see. Perhaps we will even tighten the regulation.”

This is not the first time that Pryadkin has collided with Mutko; in November Pryadkin suggested that the foreign limitation could be cancelled altogether by the RFPL after the 2018 World Cup.

Mutko has suggested that Pryadkin is firmly in Zenit Saint Petersburg’s camp as the club’s management seems to be firmly against further tightening the foreign limitation rules.

All of this talk points to a serious divide in Russian football between Russia’s major clubs led by Zenit and CSKA, which are supported by the head of the RFPL (Sergei Pryadkin), and the rest of the league, which supports the head of the Russian Football Union (Vitaly Mutko). It is hard to predict how this struggle will end—one would have better odds playing Jack Hammer slot machines than betting on the outcome of this skirmish. Currently, Mutko, who has the support of Russia’s President, Vladimir Putin, seems to be winning the conflict, but history has shown that power politics in Russian football can be turned on its head in a Moscow minute.