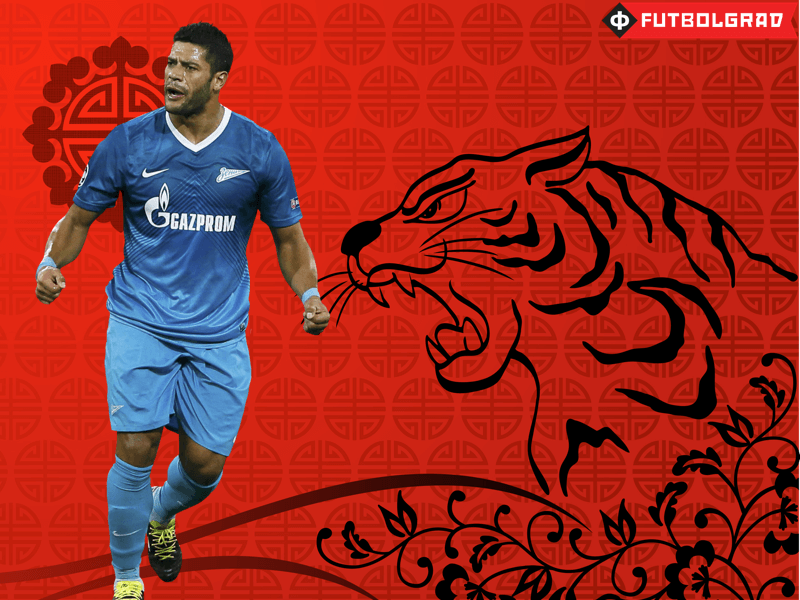 The Chinese Super Liga remains one of the most active leagues in the January transfer window. Clubs from China’s top division have already invested €154.92 million—just €30 million less than the English Premier League, which has invested €180.4 million, but has four more clubs in their league.

The €154.92 million do not yet include the €27 million transfer of Ramires from Chelsea to Jiangsu Suning, as well as the transfer of Inter Milan’s Colombian midfielder Fredy Guarín to Shanghai Greenland Shenhua which is rumoured to be valued between €12 and €13 million. Also not included in the €154.92 million are the €40.92 million that the Chinese League One (second division) Tianjin Quanjian invested this winter.

Quanjian are owned by the the Quanjian Natural Medicine company, and the club, coached by the former Brazilian national team coach Vanderlei Luxemburgo, is, so far, the biggest spender in this winter’s transfer window. Most prominently, the club has purchased the talented Brazilian right-winger Geuvânio from FC Santos for €11 million, as well as former Shakhtar Donetsk legend Jádson from Corinthians for €5 million.

Now, however, China’s biggest and the most successful club in recent years, Guangzhou Evergrande, wants to land the biggest transfer of the current transfer window. The Russian based homepage Championat.com reported on Sunday that Guangzhou, which are coached by another former Brazilian national team coach, Luiz Felipe Scolari, want to purchase Zenit Saint Petersburg’s prolific Brazilian attacking winger, Hulk, for €30 million.

Hulk has been with Zenit since the summer of 2012 when he was bought for €40 million from FC Porto, and has been easily the best player at Zenit this season. Furthermore, Hulk, last February, extended his contract to 2019. The fact that Zenit signed the Russian striker Aleksandr Kokorin on Saturday, might have motivated the Chinese club to attempt a bid for the Brazilian winger. The two players, however, play on very different positions, and Kokorin will complement Zenit’s attack rather than replace a player who is already on the squad.

Another argument could be made based on the possibility that the Russian Football Premier League might introduce a further increase of its foreign limitation next season. On the other hand, Hulk’s recent form and the fact that he has become the face of several marketing campaigns, suggest that Zenit will look at other players first when it comes to reducing the number of foreigners in the squad. Hence, the current €30 million bid from Guangzhou should have little impact on the decision makers at Zenit, and it is safe to say that the bid will be rejected.

Perhaps the only wild card could be Hulk himself. Corinthians’ magnificent playmaker, Renato Augusto, for example, rejected a move from Corinthians to FC Schalke 04 in favour of a move to Beijing Guon in the Chinese Super League because the Chinese club was willing to pay a salary of €9 million a season. Renato Augusto later told the German media that he would have been willing to take less money from Schalke—€8 million—but the German club refused to meet his demand.

Renato Augusto later told the German media “I didn’t chose China, China chose me. As a player, you have ten years to make money. When you get an offer like that you think about your kids, and even grandkids.”

The Chinese market has been especially popular with South American players, because these players often function as mini-businesses that feed entire families, and they are, therefore, more willing to make a move for the quick money in China. This might also be true for Zenit’s Hulk who, as a Brazilian, might be tempted to follow the money trail to China. At the same time, Gazprom—despite Russia’s financial problems due to low oil prices—should still have the financial ability to counter any offer from Guangzhou. Stay tuned for possible further instalments of the story while the transfer window remains open in both countries…