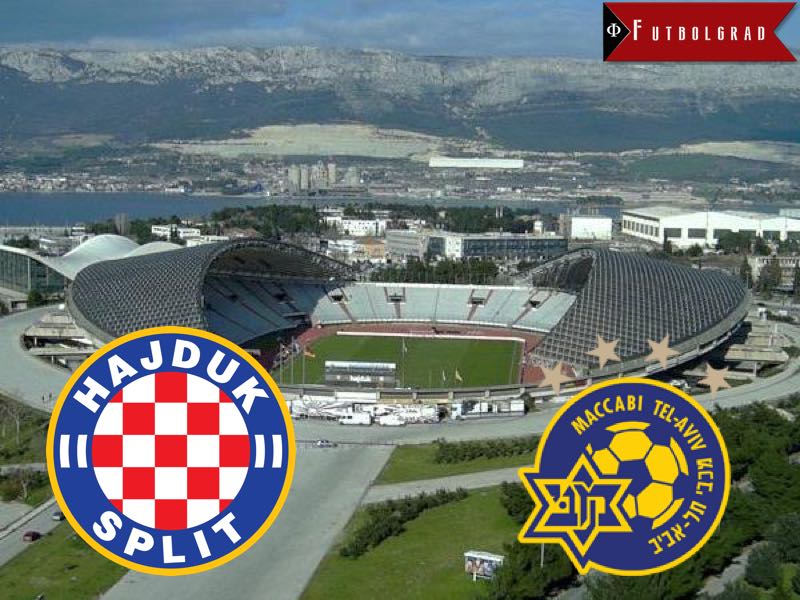 Yet, Hajduk’s away goal means that a 1-0 victory at the Stadion Poljud would be enough for the Croatians to advance to the Europa League group stage for the second time in the club’s history.

At the same time, getting the necessary result against the Israelis will not be an easy task, as the historic club, which in recent decades has played second fiddle to Croatia’s biggest club, Dinamo Zagreb, lost 2-4 at home to HNK Rijeko on the weekend.

The performance against Rijeka, in particular, will worry Hajduk’s manager, Marijan Pusnik. With an average age of just 22.5 years, Hajduk’s squad is still very young, and it is, therefore, difficult to say how the players will react to this setback.

Maccabi Tel Aviv, meanwhile, managed a convincing 3-1 victory against Hapoel Kfar Saba on the weekend, which put the team from Israel’s second city in the top spot after match day one of the Ligat HaAl.

The club did participate in the group stage of the UEFA Champions League last season, where they finished fourth behind Chelsea, Dynamo Kyiv, and FC Porto. Following the group stage, successful manager, Slaviša Jokanović, elected to leave the club for Fulham. Peter Bosz, who guided Maccabi to a second place finish behind Hapoel Be’er Sheva, then replaced him.

Following the season, however, Maccabi lost Bosz, who moved to Ajax, and top scorer Eran Zahavi. Zahavi, who scored 35 goals last season, moved to the Chinese Super League club, Guangzhou R&F, in a transfer that was worth €12.5 million.

The transfer sum has been a financial windfall for Maccabi, but it remains to be seen how Maccabi’s new manager, the Georgian, Shota Arveladze can compensate for the loss of what would have been his top striker.

Against Kfar Saba, Arveladze started with three strikers, Barak Itzhaki, Orlando Sa, and Eden Ben Basat, but it was offensive midfielder Tal Ben Haim who stole the show with two goals. Arveladze has spent a good chunk of his career in the Netherlands and it can, therefore, be expected that the Georgian will start a 4-3-3 formation on a regular basis.

Hence, Maccabi will be on the offensive right away on Thursday in order to ensure an early away goal, which would take away Hajduk’s only advantage of going into the tie with a crucial away goal.