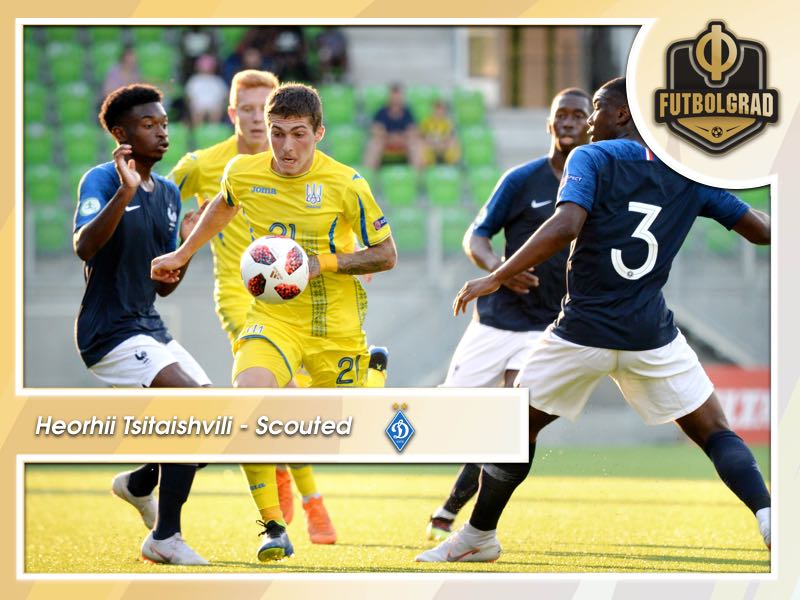 Much to the dismay of television announcers around the planet Heorhii Tsitaishvili has been an emerging star at this year’s U20 World Cup in Poland.

English-speaking commentators must be rather frustrated by how big a role Tsitaishvili has been playing in this Ukraine U20 squad and how often they’ve had to pronounce his name,” Ukrainian football expert Sergii Filonenko tweeted earlier this week. “I’ve heard them absolutely butcher it. Chichachvili, Chitashvili, Sitashvili and the list goes on.”

In some ways, Heorhii Tsitaishvili, after all, is not a Ukrainian last name. Neither is his story typical Ukrainian. His father Klimenti Tsitaishvili, in fact, is Georgian and played for the Georgian U-21 national team. Furthermore, Heorhii Tsitasihvili was not born in Ukraine but in Israel, where his father played at the time.

In fact, Klimenti Tsitaishvili’s story is a typical post-Soviet story in many ways. Starting his career in Georgia Klimenti played in his country of birth before playing for several teams in Israel, often the destination of choice for lower level players from post-Soviet countries thanks to an easy visa regime and strong connections to countries of the former Soviet Union. 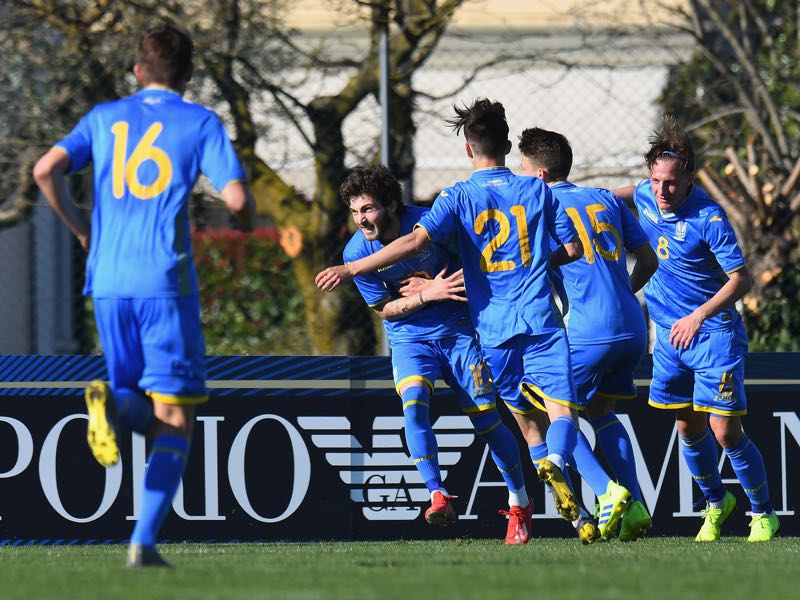 Heorhii Tsitaishvili of Ukraine U19 celebrates after scoring the opening goal during the UEFA Elite Round match between Italy U19 and Ukraine U19 on March 23, 2019 in Abano Terme near Padova, Italy. (Photo by Alessandro Sabattini/Getty Images)

There young Heorhy quickly became part of a young crop of Dynamo Kyiv players that could one day form the core a successful club. Overall, Dynamo Kyiv have sent five players to the U-20 World Cup in Poland and the 21-year-old Viktor Tsygankov, who like Heorhiy Tsitaishvili was born in Israel, have perhaps one of the most prominent Eastern European talents already staring for the first team.

Heorhiy Tsitaishvili could soon follow Tsygankov and star for Dynamo Kyiv’s first team. In fact, the forward has already made five appearances for Dynamo Kyiv in the Ukrainian Premier League and played once in the UEFA Europa League.

It is a testament to the 18-year-old’s ability that Dynamo Kyiv head coach Aleksandr Khatskevich has trusted to give the young winger minutes in the first XI. Trust that Tsitaishvili has earned from playing successfully with Dynamo Kyiv’s youth sides where he starred in the UEFA Youth League scoring two goals and one assist in six games this season.

But what sort of player is Tsitaishvili? Capable of playing on both wings, Tsitaishvili certainly displays a typical Georgian flair. Known as the Uruguayans during the time of the Soviet Union Georgian players were always considered as players with a typical South American mentality, they provided the country with dribblers, artists and playmakers.

Going by Wyscout numbers, Tsitaishvili certainly plays with that South American flair. The kid is a dribbler and this season has managed to complete an unbelievable 70.4% of his on average 10.28 dribbles per 90 minutes. Furthermore, he likes to do it on both wings with the heat map indicating that Tsitaishvili is more than comfortable to change sides at will.

Against the United States on Friday the winger managed to complete eight out of his nine dribbles and won 10 out of his 19 offensive duels. Perhaps Tsitaishvili’s only downside is his productivity. His expected assists per 90 minutes currently stands at just 0.18 and his goalscoring is not much better at 0.24.

Hence, the end product is not always there yet for the young Ukrainian winger. At the same time, watching Heorhiy Tsitaishvili is exciting as he dribbles up and down the flanks creating space and time for his teammates and as a result has been one of the most fun players to watch this tournament, even if reporters have a tough time pronouncing his name.