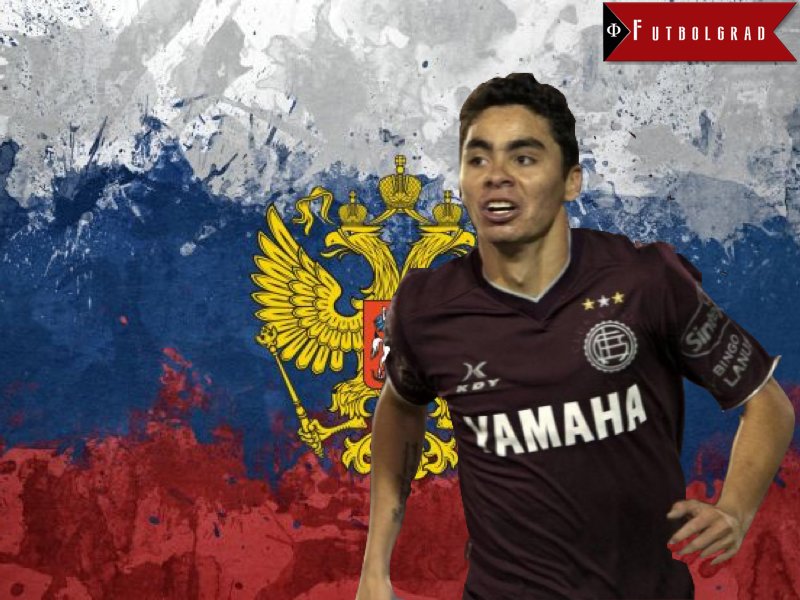 Too short, too thin, even the way he walked and smiled he didn’t seem like your typical athlete—those were my first impressions of Miguel Almirón when the Futbolgrad Network saw him in the Paraguay U-20s team at the 2013 Sudamericano.

Without the ball he seemed a bit lost tactically, a European scout commented to me at the time that it was probably why he wouldn’t move to the old continent, but you would forget all of that when he had the ball at his feet.

Great acceleration, an eye for a pass and always looking to make a defining impact on the attacking move he stood out in a very talented side that included Derlis González, Rodrigo Alborno and Brian Montenegro.

Paraguay went on to finish second in that tournament and qualify for the U-20s World Cup, yet Almirón didn’t breakthrough into the Cerro Porteño first team as hoped. Chiqui Arce had put more faith in experienced midfielders like Julio Dos Santos and Jonathan Fabbro.

Almirón Has Already Featured For Paraguay

The promotion of Tiburón Torres to first team coach mid-way into 2015 was the defining moment for Almirón who had already begun seeing more first team football. But now as part of an attacking side with less emphasis on marking and pressing he could really flourish. Playing in a free role that saw him drift in from the left hand side in front of the back four, Almirón scored 4 goals in the final 5 games of the season as Cerro Porteño romped to the title.

It was a fitting send off as by August he was off to Lanús, in September he made his debut for the Paraguay national team in a friendly against Chile, to date his only participation for the Albirroja.

Almirón was an Important Part of Lanús’ Championship Run

As Nicolás Miremont has explained in his wonderful piece on Club Atlético Lanús Almirón was one of the key players in Lanús 2016 4:0 transition championship victory over San Lorenzo de Almagro at the Estadio Monumental.

Almirón was one of three key players for Lanús in midfield last season, with the other two being Iván Marcone, who was the main centre midfielder, and Román Martínez and Almirón playing more on the wings.

They were three very different players, but when combined, they provided a blend of solidity with Marcone standing right in the middle of the park and covering the team’s rear side. Martínez was in charge of the creative moments, but it was the Paraguayan Miguel Almirón, who showed that he is a star in the making.

Almirón in fact scored the second goal in the match against San Lorenzo, and the Paraguayan showed throughout the match that he was destined to play at a bigger club either in Argentina, there were rumours that he could join league rivals River Plate from Buenos Aires, or make the move across the Atlantic to move to a European league—several clubs in Spain expressed their interests.

Instead it now appears that Almirón decided to make the move out to Eastern Europe to join Russia’s biggest club Zenit Saint Petersburg. As the Paraguayan Internet platform Hoy reported Zenit was the only club that has made a concrete offer for the midfielder.

Meanwhile ESPN has also confirmed on Twitter that a transfer from Lanús to Zenit is close, and could be completed this week. Almirón told ESPN “Zenith” has made an offer to Lanús about my transfer. This is the most concrete offer of all. If the transition to the “Zenith” will take place, for me it will be a very big event in my life” – Almirón told ESPN radio. Sports.ru also suggested that Almirón will soon become a member of Zenit Saint Petersburg by introducing the Paraguayan national team player as a new member of Zenit.

The reason for that is simple these clubs regularly participate in the UEFA Europa League, and UEFA Champions League. The cultural transition can be difficult for South Americans, but even though Russia and Ukraine provide stronger competitions than most South American leagues, the leagues are weaker than the top four European leagues, which makes it easier for South Americans to grow accustomed to European football.

Furthermore, Lucescu in particular is known for finding South American gems, and to develop them into top players that can compete at top clubs in the best European leagues. The list of in particular Brazilian players that now play in Western Europe, and have at one point been coached by Lucescu, appears to be endless. Willian, Douglas Costa, Fernandinho, Luiz Adriano, Alex Teixeira, just to name a few, all played for Lucescu at Shakhtar.

Now the coach has moved on to Russia, but it seems once again that the Romanian coach, who speaks several languages amongst them Portuguese and Spanish, has targeted the South American market for reshaping Zenit. Indeed Almirón will already be the second player to arrive from the Americas, as Zenit have already announced the signing of the Brazilian midfielder Giuliano from Grêmio Porto Alegre.

Now Lucescu will get his hands on one of Paraguay’s biggest talents, and as suggested above it will be tactical aspects that will require the most work with the young talent. This is, however, not new ground as Lucescu has shown time and time again that he can rough diamonds from South American into world class talent. Hence, for Almirón the move to Eastern Europe to Lucescu’s school could be the all-important next step in his development.