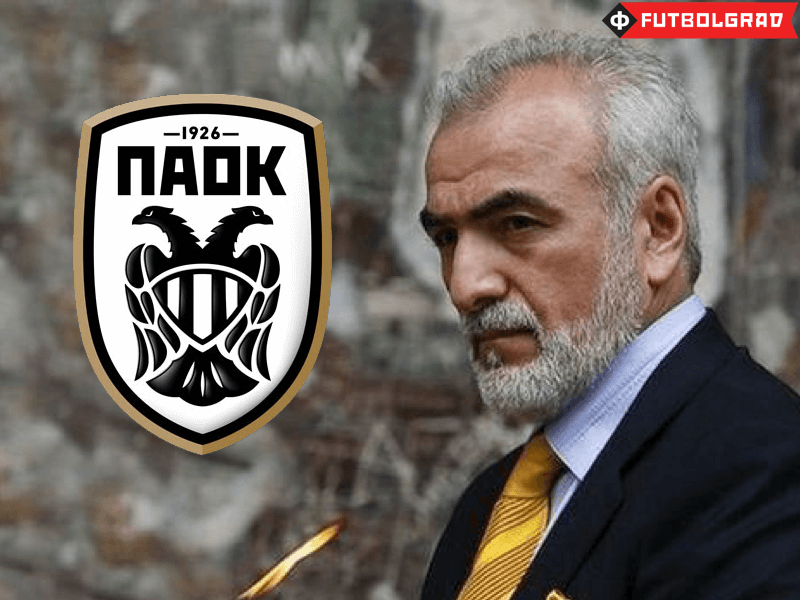 The Thessaloniki based club PAOK FC, which is owned by the Russian tycoon Ivan Savvidis, has withdrawn from the second leg of the Greek Cup semi-final against Olympiacos Piraeus.

The two clubs met on March 2 for the first match, and the match had to be interrupted in the 86th minute when the score was 2-1 for Olympiacos, as fans started to violently protest the referee’s decision, after which flares and missiles were thrown onto the field. Fans then stormed the pitch causing the match to be abandoned.

FIFA and UEFA Criticized Political Involvement by The Greek Government

Following the match the Deputy Sports Minister Stavros Kontonis suspended the Greek Cup citing security concerns. This decision was, however, opposed by the Hellenic Football Federation (EPO), which feared that the political interference by the Greek government could lead to a suspension of Greek football by FIFA and UEFA, which strictly oppose government interference in football. 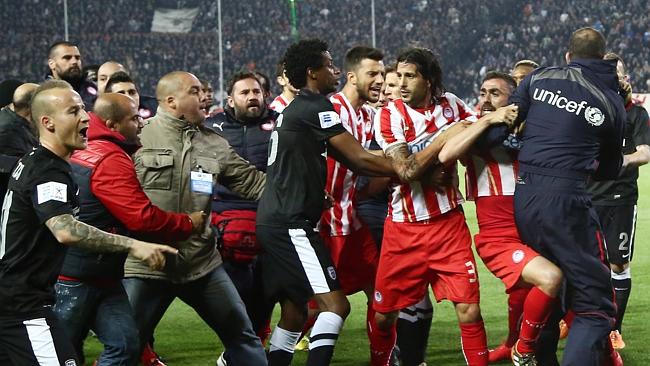 Scenes from the first leg match between PAOK and Olympiacos – Image via news.com

Soon after FIFA and UEFA asked for the Greek Cup to be reinstated by April 1 if Greece wanted to avoid sanctions. Kontonis then reinstated the cup—avoiding FIFA and UEFA sanctions for Greece—on April 15, following assurances by EPO that it would reform its rules of governance.

Then on Wednesday PAOK announced that they would not participate in the match that was scheduled for 5pm Greek time that afternoon. “PAOK FC have decided to forfeit today’s game in Karaiskakis Stadium. Believe me, this decision was far from easy. Our decision not to participate, following the unprecedented lawlessness in Toumba Stadium two months ago, kick-started the cleansing procedure in Greek football. I am glad that PAOK played a leading role in this movement,” Ivan Savvidis said in an official statement on PAOK’s club homepage.

Ivan Savvidis admitted that this was not an easy decision, and that the club decided that it was ready to accept sanctions following this decision. Furthermore Savvidis believes that the Greek system is inherently corrupt, and that his club needs to make a statement in order to fight the problems of the current system.

Savvidis has made the club’s decision part of a political statement as he stated that “This struggle calls for sacrifices and PAOK are ready to step forward. I beg for the forgiveness of both sets of supporters and football lovers, as they were deprived of an exciting derby today. But I will not step back and will continue on a path chosen after mature and careful consideration. Back in time, such principles, that have guided me in my life, brought our nation to the walls of Sumela monastery…”

Savvidis further stated that he “believes in the power of PAOK,” and that his actions can bring a change of culture to Greek football. Indeed due to Savvidis’ decision PAOK faces heavy sanctions, which could include a fine and point deduction in next season’s Greek Super League.

Yet could there be deeper political motivations for Savvidis? PAOK faced a three-goal deficit going into the second leg, as Olympiacos was awarded a 3-0 victory following the disturbances in Thessaloniki in March. Hence, it would have been next to impossible for PAOK to overcome the result in Piraeus. 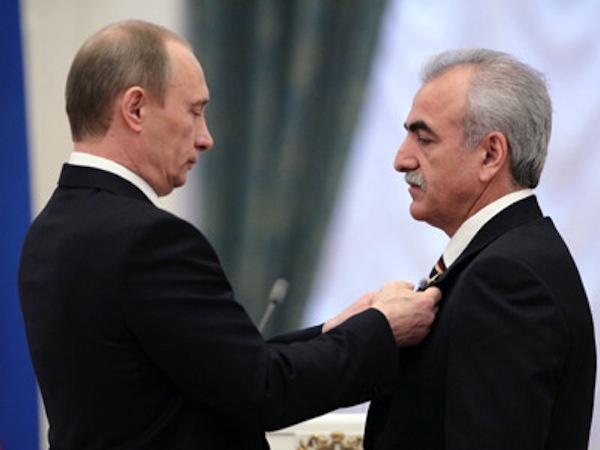 Instead Savvidis’ message could also be regarded as a political decision going beyond football. As Futbolgrad reported on April 5 2015 PAOK has long been understood as a foreign policy tool by the Russian Federation in Greece. Back in April 2015 the Greek government forgave PAOK tax debts of €20 million. In turn it was understood that Savvidis would open the door for the Greek government to negotiate loans with the Russian government—Savvidis is understood to be part of Vladimir Putin’s inner circle.

Greece, however, failed to negotiate a significant deal with the Kremlin, as the Putin administration was not convinced that the Greek government would ever be in a position to repay its debts.

Now Savvidis has positioned his club as a vehicle to demand reform in Greek football, something that could easily be understood as part of the demands for wider reforms in the country—not just in football. This is especially important given the fact that Greece once again will need new credits in order to meet already existing financial demands. Hence, if one understands PAOK as a pawn of Russia’s foreign policy in Greece the message by the Russian government to Greece is clear – reform and we might reopen talks on new credits.