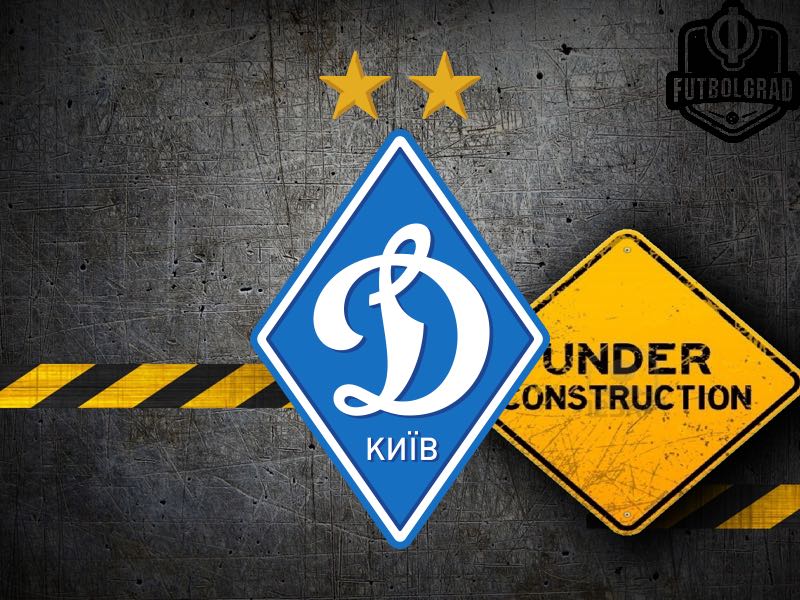 On Tuesday Dynamo Kyiv president Ihor Surkis announced the surprising news that Yevhen Krasnikov, the sporting director in charge of national teams for the Football Federation of Ukraine, would be joining the club next season. Krasnikov’s exact role has not been officially confirmed, but Surkis stated that his work will deal with Dynamo’s transfer policy.

Krasnikov has been at the FFU for the past 18 months, but he made a name for himself as the sporting director of now-defunct Metalist Kharkiv. He was the architect of the Metalist side that firmly established itself as the third force in Ukrainian football behind Shakhtar Donetsk and Dynamo.

The club from Ukraine’s second biggest city finished third for six seasons in a row, beginning in the 2006-07 season, and in 2012-13 ended the season second in table, pushing Dynamo out of the top two of the Ukrainian league for the first time in their history. Metalist also competed regularly in the UEFA Cup and Europa League and went as far as the quarterfinals in 2011-12.

Krasnikov is a Latin American specialist

Krasnikov was a specialist in the transfers of Latin American players, many of whom went on to have very successful careers at Metalist and sometimes elsewhere in Ukraine. The Brazilian striker Jajá joined the club in 2008 and scored 30 goals in 61 league appearances. Cleiton Xavier, a Brazilian attacking midfielder, scored 59 goals in five seasons at the club, beginning in 2010-11. Cristian Villagra, an Argentine fullback, signed on a free transfer in 2010 and ended up making 105 appearances.

Krasnikov’s two most famous signings, however, still figure prominently in Ukrainian football today. Marlos and Taison, two of Shakhtar’s biggest stars, both signed for Metalist before making the move to Donetsk.

Krasnikov’s eye for talent is indisputable, but his efforts as sporting director extended far beyond the transfers themselves. He was known for doing the utmost to make his new signings comfortable in their new home and help them assimilate as quickly as possible. For young Latin Americans leaving their home countries for the first time and moving to far-off Ukraine, the culture shock can be immense. Krasnikov was there to soften the landing, and the performance of the new arrivals on the pitch show that his approach paid off handsomely.

While they did not manage to win any silverware, the Metalist side of the late 2000s and early 2010s played exciting attacking football and is fondly remembered, and Krasnikov deserves much of the credit.

There is, however, a much darker side to Krasnikov’s tenure at Metalist that involves his role in one of the most controversial scandals in the history of Ukrainian football. On April 19, 2008 Metalist beat Karpaty Lviv 4-0 in a seemingly routine Ukrainian Premier League fixture. The match turned out to be fixed, and Krasnikov was accused of directly making payments to Karpaty players.

In August of 2010, the FFU banned Krasnikov from all football-related activity for life, but the ban did not go into effect while the case was on appeal at the Court of Arbitration for Sport in Lausanne, Switzerland. The CAS reached a verdict in August of 2013. Metalist were stripped of their bronze medal in the 2007-08 campaign and Krasnikov’s ban from football was reduced to 5 years. At the time the club were one step away from Champions League qualification, having advanced to the playoff round, but were swiftly disqualified by UEFA.

Just two years later, in November of 2015 Krasnikov’s five-year ban was overturned by the disciplinary committee of the FFU – the same body that had handed him down a lifetime ban five years previously. To this day, there has been no adequate explanation of this decision. 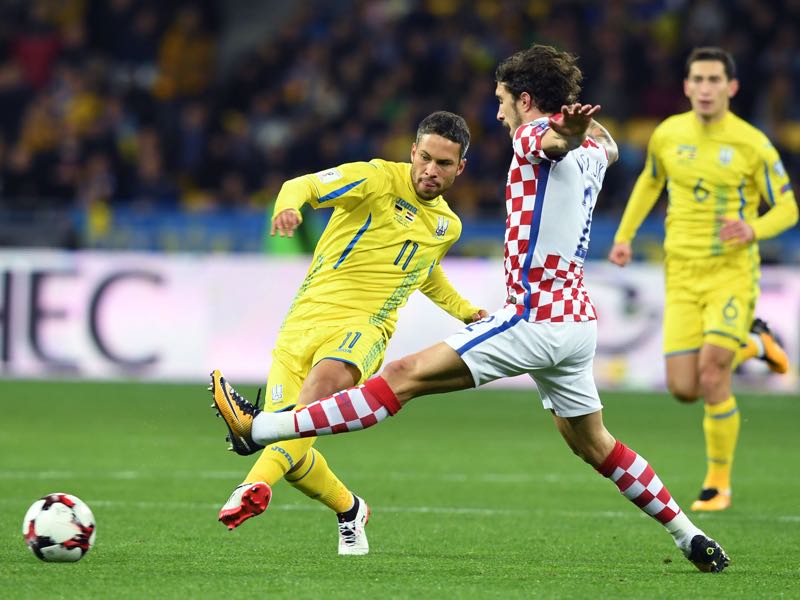 Marlos (l.) made his debut for Ukraine in October and was originally discovered by Krasnikov. (SERGEI SUPINSKY/AFP/Getty Images)

In June of the following year, Krasnikov was hired by the FFU as sporting director of the national teams, a role he has held until his recent appointment at Dynamo. Krasnikov was unable to work his transfer magic at the national level but was reportedly instrumental in the naturalisation of Brazilian-born Marlos, who has now made three appearances for the Ukrainian national team. Taison, another of his Brazilian signings at Metalist, has also long been the subject of naturalization rumours.

Krasnikov’s appointment at Dynamo raises a host of issues, not least of which are the ethical ones. The club will now have a proven (in a legal sense) match fixer as a member of their staff. This could prove to be a significant blow to Dynamo’s image, which often suffers from self-inflicted blows such as Mariupolgate.

Can Krasnikov re-discover his magic at Dynamo?

Notwithstanding the ethical concerns, the wisdom of Krasnikov’s appointment has been challenged on sporting grounds as well. Krasnikov’s success at Metalist came before the economic crisis that followed the 2014 Ukrainian Revolution and subsequent Donbass War against Russian-led separatists. At the time Ukrainian football was awash in oligarchical cash, and Krasnikov had the benefit of Metalist owner Oleksandr Yaroslavsky’s deep pockets to bring in the Latin American talent.

Unless Surkis has had a sudden change of heart, Krasnikov is unlikely to have access to the same resources at Dynamo. Surkis is keeping the expenditures to a minimum and the club have begun to rely more on academy players such as Viktor Tsyhankov and Mykola Shaparenko.

Moreover, at Metalist Krasnikov had the luxury of the role of sporting director all to himself, as well as a high degree of independence. Surkis is notorious for his hands-on approach, and Dynamo have plenty of other high-level functionaries that could hamper Krasnikov’s effectiveness.

Nevertheless, Krasnikov’s expertise and past successes at Metalist as their sporting director speak for themselves. If Surkis has truly chosen to reinvest in the club and to implement a new transfer policy focusing on importing talent from Latin America, then Krasnikov is the man for the job. The effect that this decision will have on their reputation is another matter.