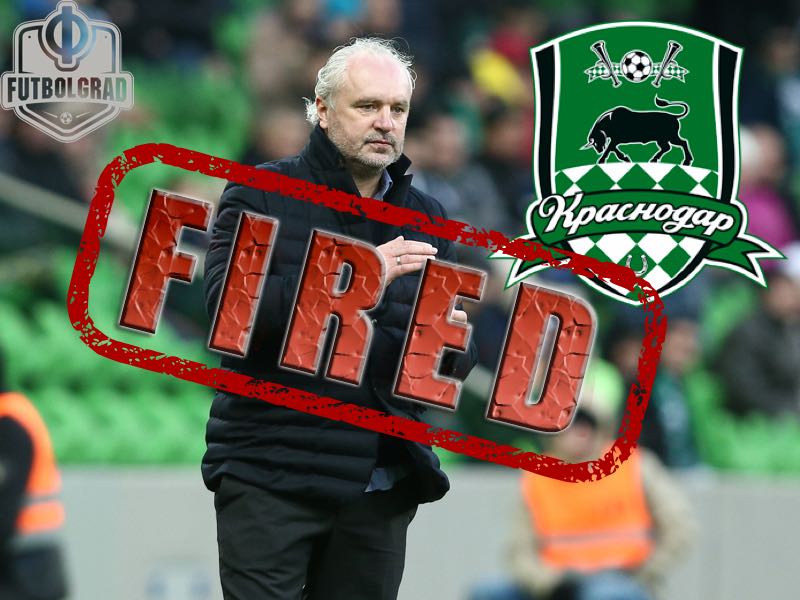 Krasnodar – Can Murad Musaev bring them to the next level?

Krasnodar were in the news twice this week. First Fedor Smolov was filmed shouting obscenities at the club’s fans after being booed during his substitution after a sluggish performance – it later emerged that the striker played with a fever. Second, Krasnodar fired head coach Igor Shalimov and replaced him with youth coach Murad Musaev, who is now supposed to bring in a new era at the club.

Krasnodar are no longer the “new face”

FC Krasnodar are no longer a new face in Russia’s elite football circles: the fifth-place Premier League finish in 2013-14 was their grand entrance to the big time, and was followed by third place in the next season. Some expected a serious title challenge would be next – but that hasn’t happened. If anything, things have slipped back slightly.

For anyone looking for a Russian team to follow, FC Krasnodar are a good choice: a newish side (2008), and one that has at its core its locality and the development of regional talent in a top class academy. Against a backdrop of Russian clubs spending heavily abroad, Krasnodar have never spent much on foreign players; they have instead relied on fairly cheap but reliable imports, getting the best out of talents others have written off (Marat Izmailov, Vladimir Bystrov, Fedor Smolov) and letting the beginnings of the academy talent sleep into the first team squad.

This week club president Sergey Galitsky fired manager Igor Shalimov and replaced him with a 35-year-old youth team coach, Murad Musaev. Shalimov’s sacking comes with Krasnodar in fifth as the season reaches it final stages. A disappointing draw at home to outsiders Anzhi Makhachkala at the weekend saw many fans on championat.com call for Galitsky to make a change – and they didn’t have to wait long for either the sacking or the replacement.

Musaev is an ‘unknown’ (at least to armchair fans such as myself), but he has a pedigree in the club’s impressive youth set-up and has also coached Russia at under 18 level. He will need no time to adapt to a new environment, and even has six games this season to get used to his new role. Galitsky’s enthusiasm for the appointment rings loud and clear: “I’m proud that a lad from Krasnodar is in charge of a Premier League team…it’s very important as we’ve lost our national identity,” he told television programme ‘8-16’.

Galitsky’s move is undoubtedly one he has considered carefully – he is no fly-by-night billionaire owner, but rather one passionate about building a club from the foundations up. This move could prove to be a masterstroke if the up-and-coming academy players Musaev is familiar with make the transition into first-team football – a Russian version of Manchester United’s ‘Class of 92’ springs to mind. That local pride (and not localism) is a key factor is potentially very powerful, and, as Russian sports writer Maxim Allanazarov has pointed out, the appointment will be a great source of motivation to other young Russian coaches.

With the likes of Fedor Smolov moving on Murad Musaev is expected to rebuild the club. (Photo by Epsilon/Getty Images)

However, a big question is the next step if things do not progress in two or three years‘ time. What if the long-awaited influx of academy players into the first eleven doesn’t happen? What if the academy stars need a season in the first team to complete their development, and Krasnodar are near the foot of the table? This might necessitate a change of direction – or a lowering of expectations. No doubt Galitsky already has a plan for this, but it may or may not include a local lad managing the team.