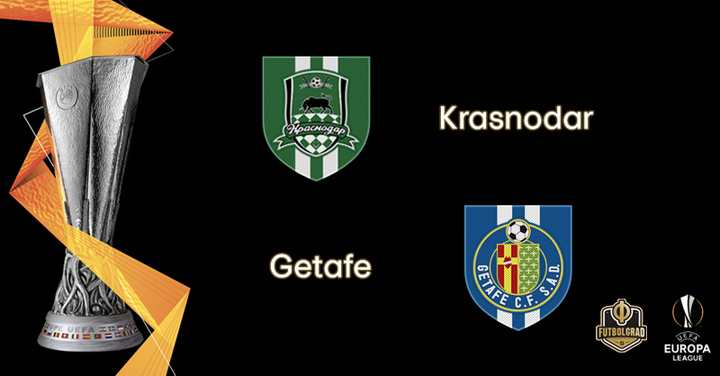 Krasnodar are not used to being on rocky ground, but that is something that comes with the territory of no longer being the underdogs. In fact, the success of reaching the Champions League qualifiers for the first time was if anything seen as disappointingly slow progress given the platform that has developed over the last decade. The last six weeks have completely turned around the atmosphere of the club. From a historic win away to former European champions Porto and the verge of group-stage qualification, they now find themselves on the uncomfortable end of three consecutive European defeats, including two massive humiliations to Olympiacos and Basel. Suddenly the pressure is already on just to get out of their Europa League group.

On the domestic front the title race that Krasnodar find themselves embroiled in is one of the tightest in living memory with five clubs trading places almost each week. Their crushing 3-2 defeat to CSKA Moscow was a harsh reminder that despite all the good groundwork they have laid to cultivate the most impressive academy system in Russia and recruit sensibly, silverware is not going to fall into their laps. Perhaps the absence of their former captain almost 18 months ago is still affecting them; this season they have only managed four clean sheets in 17 competitive matches, and only one since August. Stefan Strandberg was discarded without so much as a whisper, while Aleksandr Martynovich has struggled to exude the same level of natural authority that Andreas Granqvist held.

However, it is not all doom and gloom. The 5-0 thrashing in Switzerland on matchday one has to be written off as an aberration, but it can also serve in the development of how Murad Musaev approaches European away matches. Eight of their 12 remaining fixtures before the return game against Getafe before the winter break are at home, with only three of the domestic games truly testing ones. Viktor Claesson, Rémy Cabella and Yuriy Gazinskiy are all scheduled to return to fitness before the end of the season. They are also unbeaten in their last seven home games in the Europa League. Now they simply have to find a way past a stubborn defence and get their group stage back on track.

Getafe’s achievements in the three years since Pep Bordelás took over are simply remarkable. Having finished no higher than 10th in their previous six seasons in the top flight, Bordelas got them promoted at the first time of asking before dragging them up to their second-highest ever finish of eighth in 2018, and then their ground-breaking fifth place finish last term. It is even more astonishing that they were within the Champions League places until the last two matches of the season before being pipped by Valencia, a club with a billionaire owner and more than three times the capacity of their stadium.

It would be wrong to suggest that they have developed a sense of entitlement at their newfound success though, even if standards have been raised. “We’re happy,” said defender Bruno this week, “In the end it’s all work. [European football] is a prize for everyone, when you’re a professional, you enjoy things and eventually we’ll do it more. Now we are focused on playing and it don’t pay it too much attention.” Early results have not matched last season’s achievements; only one league win in the first seven round of fixtures has been compounded, perhaps more worryingly, by only three La Liga teams conceding more goals. Free-flowing gung-ho football has never been their hallmark. They rarely hold most of the possession in games due to their direct style of play, and have played the least passes with by far the least accuracy in La Liga this season. As long as results have followed though, there hasn’t been a problem.

Losing at home to Barcelona, who walked away with the title last season, shouldn’t carry shame with it. For Bordelás however it was not an acceptable outcome. “We are all worried, angry, sad,” continued Bruno. “When we win the same we don’t notice because this is a sport of results and when we win we stop seeing mistakes that are also made. He told us things that he obviously told us things that I can’t say. The next day it is analyzed more calmly and cold. Things stay in there.” Maintaining such high standards is what has driven Getafe this far; the challenge remains whether they can translate that into continental football.

Krasnodar vs Getafe – Players to watch

Krasnodar’s relationship with Scandinavian players is already a significant one after Granqvist’s captaincy alongside Ragnar Sigurdsson as well as Viktor Claesson’s goals. Now, with Granqvist gone and Claesson nursing a cruciate ligament injury, Kristoffer Olsson takes up a fair bit of responsibility to create from the midfield platform. He may not be involved in the final third like his countryman Claesson, nor are his passing statistics particularly outstanding, but his real strength lies in his progression of the ball forwards towards his more mobile teammates. The speed at which Krasnodar play will be important to break down a rigidly organised side almost certain to be shutting up shop. 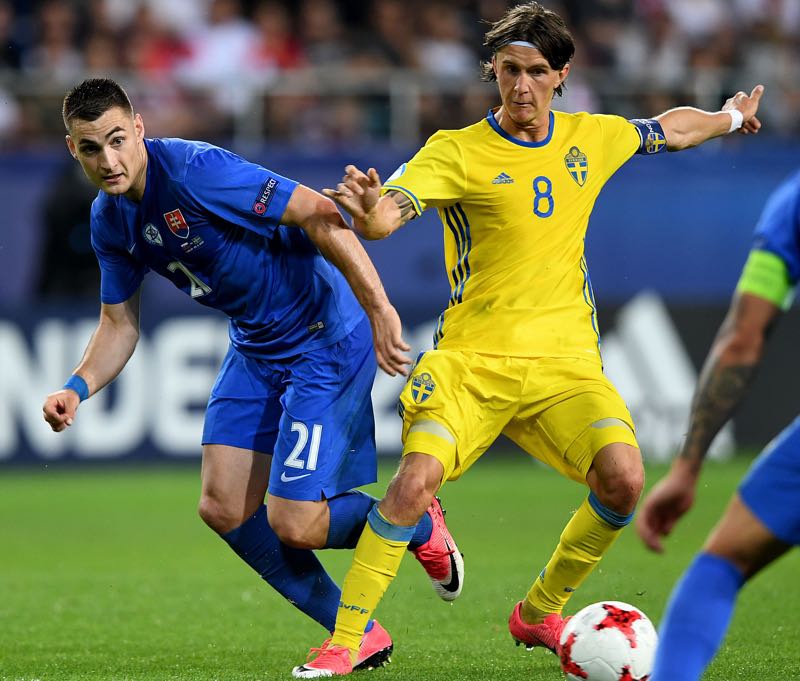 The Barcelona youth team product has been sent out on loan once again to a side of limited resources. Last season he impressed with his adaptability in a restricted left- midfield role at the smallest stadium in La Liga with Eibar, whereas now he is playing in the third-smallest. The huge difference is that the stage has expanded, and so has the expectation on him. Seen originally as a versatile left-sided player he was moved into a more advanced role and yet wasn’t tasked with creating. It  took until the final league game of the season for him to even score – ironically against his parent club Barcelona – while he managed just two assists. This season he has got three assists already and has started every game. Getafe’s discipline survives with the stamina and concentration of players such as Cucurella providing an outlet. 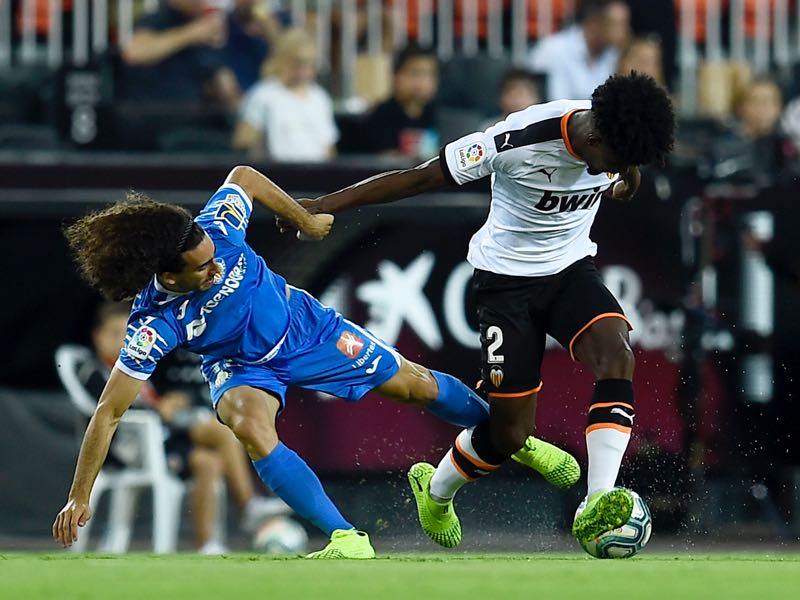