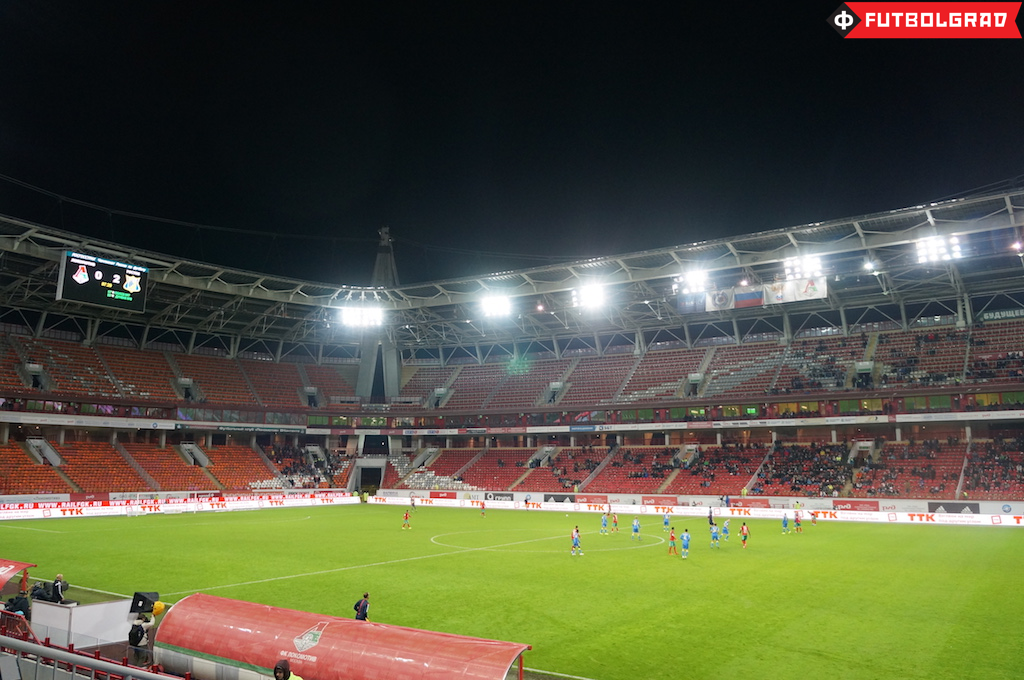 In Germany, the media has been highly critical of VfL Wolfsburg’s attendance problems. The club, owned by the German car-maker, Volkswagen, even failed to sell out its first Champions League home match against CSKA Moscow, when just 20,126 fans visited the 26,000 capacity stadium, the VW Arena in Wolfsburg.

Regarding attendance problems, the Russian club, Lokomotiv Moscow, can be described as the VfL Wolfsburg of Russian football. In fact, Lokomotiv would probably be delighted to have 20,000 visitors attend the club’s games in the Lokomotiv Stadium, which, with a capacity of 30,000, is comparable to the Volkswagen Arena.

On Thursday October 22 Lokomotiv failed to sell out the club’s UEFA Europa League encounter against Beşiktaş Istanbul, and large parts of the stadium’s upper ranks were closed off. Also, the Turkish fans easily outnumbered the Lokomotiv fans—despite the fact that a plane scheduled to fly from Istanbul to Moscow with Beşiktaş fans had to be turned around before take off due to the fans’ bad behaviour. Many Turks living in the Russian capital came out to support Beşiktaş—and a number who were Fenerbahçe and Galatasaray fans cheered against them.

In the end, about 15,000 fans watched Lokomotiv draw Beşiktaş 1-1 in an emotional game that saw the Croatian defender Vedran Ćorluka sent off after an altercation with several Beşiktaş players.

Then on Monday the attendance was even worse when only 6,800 fans showed up for Lokomotiv’s home match against FC Rostov. Rostov has been experiencing severe financial problems this season, and at one point, due to unpaid saleries, the players even threatened to boycott the club’s matches. Despite their financial problems, however, Rostov had been playing decent football up to this point in the season, and was positioned on fourth spot in the Russian Football Premier League (RFPL).

Lokomotiv, however, is currently second in the league, and a win would have seen them come within three points of the current league leaders and Locomotiv’s city rivals, CSKA Moscow. Lokomotiv dominated the match, but it was Rostov that scored the goals off two magnificent counter attacks for a 0-2 win for the visitors. Their loss against Rostov now has Lokomotiv looking over their shoulder as Zenit threatens to catch up and take the valuable second place spot—which would allow them to play in the Champions League qualifiers.

The loss also means that for Lokomotiv, sporting realities could soon catch up with financial realities. The lack of fans and a perpetually empty stadium have also been noticed by UEFA, which doesn’t believe that Lokomotiv’s low attendance numbers warrant the sponsorship agreement that the club has signed with its owner, the Russian Railways (RZhD). RZhD has since tried to take measures to diversify Lokomotiv’s sponsorship landscape by having several RZhD subsidiary companies sign sponsorship agreements with the club as well.

It remains to be seen whether UEFA will accept that companies like Roszheldor Proekt, clearly subsidiaries of RZhD, represent a true diversification of the club’s sponsorship marketing pool. In the past, Locomotiv has stated that it will work hard to change the club’s sponsorship landscape, but the current low attendance numbers will do little to attract sponsors to the club.

Lokomotiv has now announced that those fans who wear a green item to today’s Russian Cup game against Amkar Perm would be granted free entrance to the match. But in a city that never lacks entertainment, even free entrance to a Lokomotiv game on a cold Thursday night might not attract enough people to boost attendance for the long term.