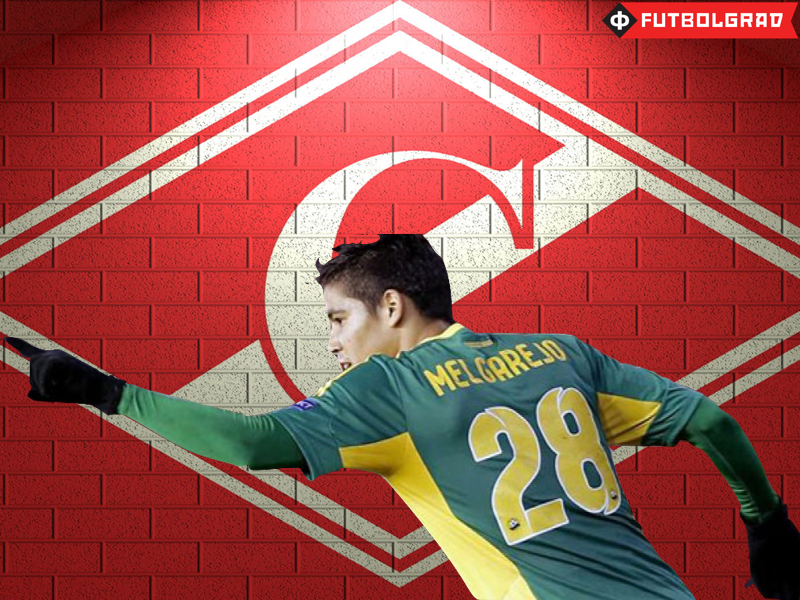 On November 6, Futbolgrad reported that Lorenzo Melgarejo was strongly linked to Spartak Moscow. Now that transfer appears to be imminent: in an interview with Cardinal Deportivo Melgarejo stated that a transfer to Spartak Moscow “is 90% [done]. Either this week or next week the matter will be resolved.”

Melgarejo later claimed that his words were greatly exaggerated, but at the same time he admitted that his club Kuban Krasnodar was negotiating a transfer with Spartak Moscow. Spartak’s management meanwhile has stated that, at the moment, the club will not comment on any possible transfers.

Melgarejo’s earlier statements suggest that negotiations are indeed advanced. The fact that he later retracted his statement could have been prompted by a misinterpretation of his words, but could also have been caused by someone telling him to slow down on his statements.

After all, Melgarejo, who is valued €5 million according to transfermarkt.de, is Kuban Krasnodar’s blue chip prospect at the moment. Kuban desperately needs to cash in on the striker, because the club has significant debts. Kuban recently returned to the ownership of Oleg Mkrtchyan, who is making an effort to clear the club’s debt by selling one or two of their most promising players.

Mkrtchyan’s experience as a player agent also means that he will pursue a significant return on his investment through the sale of Melgarejo this winter. This would explain why Melgarejo retracted his earlier statements somewhat, as Kuban surely told him not to risk showing their hand while they were negotiating the contract with Spartak.

Regardless, it now seems only a matter of time before Melgarejo becomes a Spartak player. Melgarejo has scored eight goals so far this season, and the Paraguayan, who is equally adept both as a left winger and as a front line striker, could complement the front line at Spartak, a line that would be highly adept with several players up front who can play multiple positions.

The transfer could also have a significant impact on Spartak’s squad for another reason: the Russian Football Union is now contemplating a change from the current foreign limitation rule—commonly called 6+5—that forces clubs to field at least five players who are eligible to play for the Russian national team. Changes to the rule could limit the number of legionnaires—as foreign players are commonly called in Russia—to six players per squad.

Spartak currently has nine legionnaires on their books, and adding Melgarejo to the squad would raise this number to 10. Right now, it is expected that Melgarejo will replace the Armenian Yura Movsisyan who is rumoured to return to Major League Soccer.

But Melgarejo’s arrival could also mean that Spartak’s Quincy Promes, who has been Spartak’s best striker this season, may be on the move this winter, as several English clubs—most recently Chelsea FC—are interested in the striker. Hence, Melgarejo’s signing could be the domino that sets off a chain of transfers.