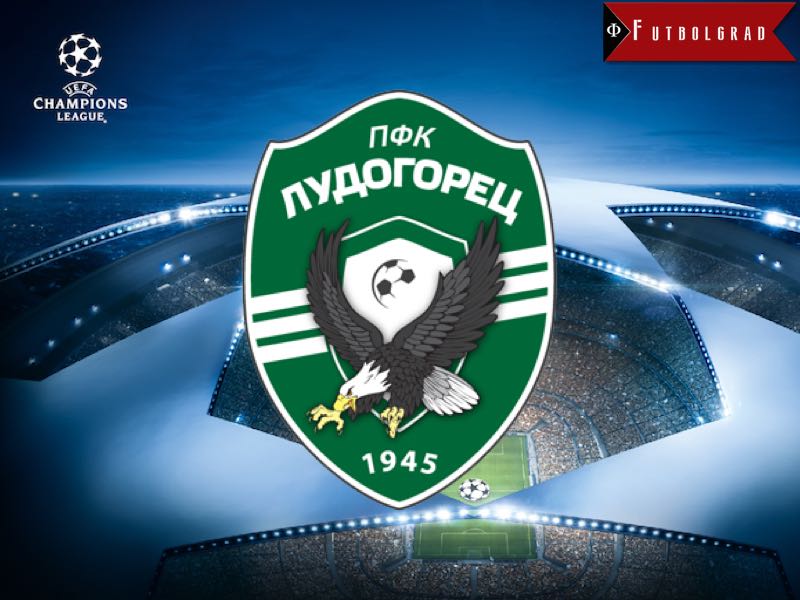 Note: The Ludogorets Arena is currently considered to small for Champions League football.

In many ways, the club has become the Shakhtar Donetsk of Bulgaria, as the club has become a prime location for Brazilians who want to make their mark in European football. The club currently has eight native Brazilians in the squad, some of whom hold Bulgarian citizenship—the club’s biggest star is Marcelinho, who now has Bulgarian citizenship and plays for the Bulgarian national team. Also look out for Romanian forward Claudiu Keșerü, who scored 15 goals in 32 A Group matches last season. Another player to look out for is Jonathan Cafú, as the 25-year-old striker has increased his value to €4 million, and could soon make a move to a major European league.

A prominent former Ludogorets player is Schalke’s Brazilian Júnior Caiçara, who was discovered by Schalke after Ludogorets’ last Champions League group stage participation. The example of Caiçara, especially, will motivate Ludogorets’ Brazilian colony to impress in Europe, in the hope that they will make the jump to a big western competition. Furthermore, the many Brazilians and their more recent experience in the Champions League should give the Bulgarians an edge in the qualifiers against Red Star Belgrade.

In a time when Levski and CSKA, the big clubs from the capital Sofia are struggling, Ludogorets has successfully held up the Bulgarian flag in European club football. Owner, Kiril Domuschiev, an outspoken CSKA Sofia fan, had long tried to invest into his favourite club, but corruption, and ownership struggles at Bulgaria’s most successful club have caused Domuschiev to invest in Ludogorets instead.

Domuschiev became the owner of the club in 2010, and has told Bulgarian media that his ambitions are to build a club in Ludogorets that can serf, as the backbone of Bulgarian football. In some ways he has now managed this, as his club is now once again competing in the Champions League, but the fact that many players are Brazilian means that his ambitions to build a club that is reliant on players from the youth squad has not yet become reality.

Ludogorets were drawn in Group A with London based club Arsenal FC, Swiss based club FC Basel 1893, and French giants Paris Saint-Germain. All three clubs are regulars in Champions League football. Paris Saint-Germain is listed as one of the favourites to win the tournament, whereas Arsenal’s participation in the round of 16 is almost as guaranteed, as a subsequent glorious defeat in that very round against one of Europe’s biggest teams. Basel meanwhile are Switzerland’s biggest club, and are no strangers to reaching the round of 16 themselves.

Ludogorets are no strangers to upsets, and have in the past beaten FC Basel, and managed a in England against Liverpool two seasons ago. Yet the Swiss will be warned this time around, and Arsenal should be simply a number to big for the Bulgarian team. Hence, Ludogorets will most likely finish Group A in fourth and last place.

Manuel Veth is a freelance journalist and a writer for Bundesliga.com. He is also a holder of a Doctorate of Philosophy in History from King’s College London, and his thesis is titled: “Selling the People’s Game: Football’s transition from Communism to Capitalism in the Soviet Union and its Successor States”, which will be available in print soon. Originally from Munich, Manuel has lived in Amsterdam, Kyiv, Moscow, Tbilisi, London, and currently is located in Victoria BC, Canada. Follow Manuel on Twitter @homosovieticus.