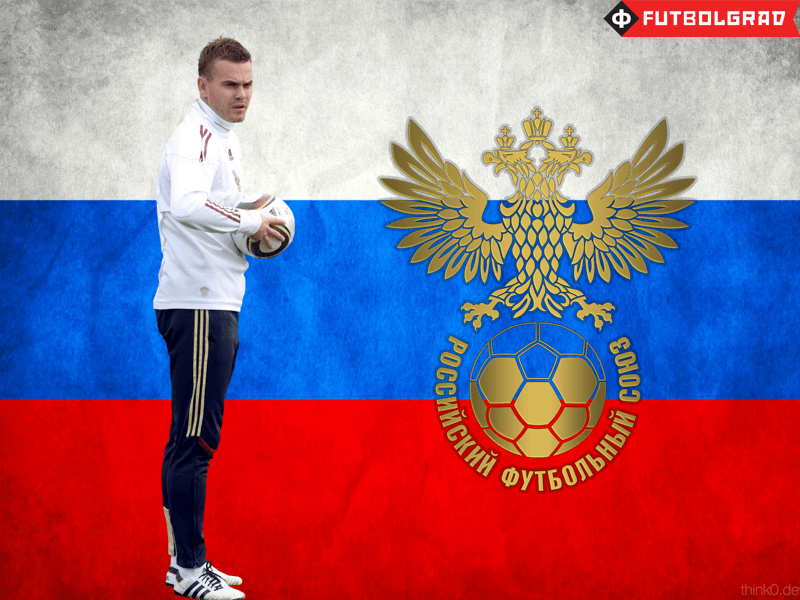 It is Make or Break for Igor Akinfeev at Euro 2016

Igor Akinfeev has been the number one keeper for CSKA Moscow since 2003 where he debuted as a 17-year-old. Just one year later in 2004 Akinfeev received his first start for the Russian national team in a friendly against Norway, and at the tender age of 18 years and 20 days became the youngest player in the history of the Russian team—the record books list Eduard Streltsov, and Sergey Rodionov as younger but both debuted for the Soviet Union.

Since 2004 Akinfeev has played 86 times for his country, and for the most part has been the undisputed number one goalkeeper for the Russian national team in the last decade.

Akinfeev was once considered the brightest goalkeeping talent in Europe

Indeed shortly after his debut for both the Russian national team, and CSKA Moscow Akinfeev soon became one of the hottest goalkeeping talents in European football.

Over the following years Akinfeev was linked to a move to several high profile clubs in Western Europe. Between 2003 and 2006 Akinfeev won three Russian championships, as well as the 2005 UEFA Cup with CSKA Moscow, and it appeared that CSKA could soon join Europe’s football elite.

The success at CSKA together with a high salary that was commonplace during Russia’s natural resource driven economy meant that the young keeper had very little motivation to leave mother Russia for a European top competition. 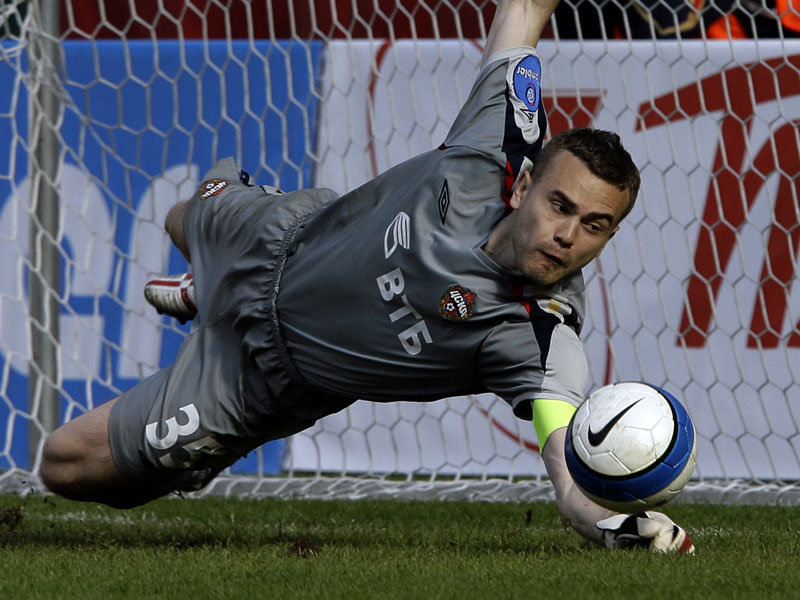 Igor Akinfeev during his early years at CSKA Moscow – Image via footymatters.com

Then in the summer of 2008 Russia, coached by Guus Hiddink, surprised the world with an excellent tournament at the 2008 European Championships in Austria and Switzerland. The team stormed all the way to the semi-final where Russia lost 3-0 to Spain. Subsequently Akinfeev was linked to a move to several bigger clubs in Western Europe.

It also helped that several top clubs were looking for a new number one goalkeeper, and that Akinfeev, despite his tender age of 23 years, was already considered an experienced keeper. At Bayern Munich Oliver Kahn had just retired, and Akinfeev was listed as a likely candidate by the media to become the new number one in Munich.

At Manchester United Sir Alex Ferguson was also scouting for a new number one keeper for the aging Edwin van der Sar. The Guardian reported that United were looking to make an offer for the keeper at the time, but a move never materialized. Another possibility was the London-based club Arsenal, and indeed according to Spox.com a January 2010 move to Arsenal seemed all but done, but then fell through at the last minute.

A Transfer to the West Never Materialised

The reasons for a failed transfer to the west were manifold. Although Russia’s economy experienced early signs of an economic slowdown, many Russian clubs among them CSKA Moscow received large sponsorship sums from Russia’s rich natural resource industry. Along with high wages also came low taxes, as footballers in Russia are considered artists, whose salary is taxed at just 13%. 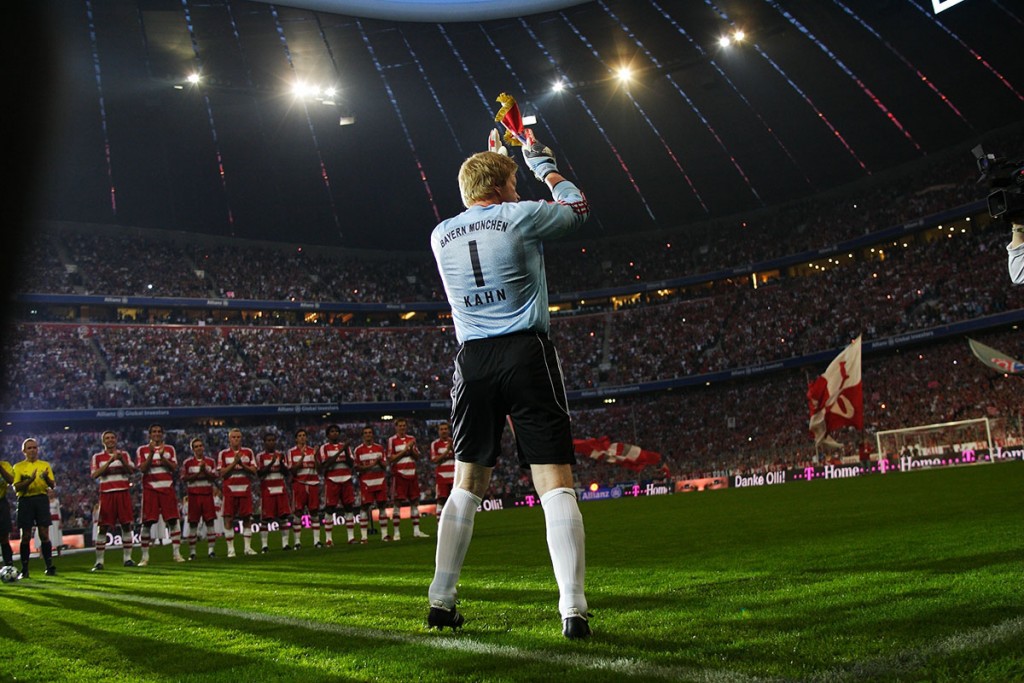 Akinfeev was one of the candidates to replace Oliver Kahn, who retired at the end of the 2007-08 season, at Bayern Munich – Image via Wikimedia

Another factor was age, as Akinfeev thought that he was still to young to leave the Russian Football Premier League. With all this in mind it now becomes clear why Arsenal, Manchester United, and Bayern all looked elsewhere when it came to fill the goalkeeper void at the noted clubs.

In retrospect one might think that Akinfeev might have missed the boat, especially given the performance by the Russian national team since the spectacular Euro 2008. In 2010 the Sbornaya, as the national team is called in Russia, missed the World Cup. At the 2012 Euros in Poland and Ukraine the country failed to move out of the group stage. And finally at the 2014 World Cup in Brazil, Akinfeev made several mistakes, which led to another group stage exit.

Indeed some even thought that now aged 28 Akinfeev was already past his prime, as there were even calls that Russia’s coach Fabio Capello should drop the keeper.

It was Capello, however, who was dropped by the Russian Football Union, as the Russian national team struggled on their way to France 2016. Akinfeev’s coach at CSKA Moscow Leonid Slutsky took over as the national team coach in the summer of 2015, and rescued Russia by guiding them successfully to the 2016 European Championships.

Since the tournament, however, Slutsky has tested several other keepers in friendly matches—among them the ethnic Brazilian, and now naturalized, Lokomotiv Moscow keeper Guilherme. There have also been some voices of doubt over whether Akinfeev should be Russia’s number one keeper at the 2018 World Cup in Russia in two years time. 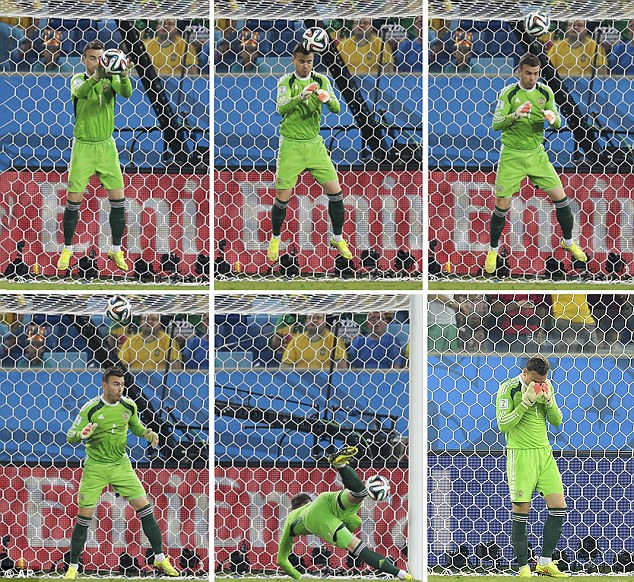 Hence, Akinfeev will want to prove that he is still the undisputed number one keeper for Russia at the European Championships. Russia are placed in Group B with England, Slovakia, and Wales. Russia will want reach at least the round of 16 at the tournament, and even though England are favourites to beat Russia in many of the latest Euro 2016 odds. Betway, for example, currently only have England at 21/20 to win the game, whereas Russia aren’t far behind at 3/1.

The tight odds mean that details will decide the match between England and Russia, and Akinfeev will therefore have to be flawless. A strong performance against England would also silence those that have criticized Akinfeev after the 2014 World Cup.

In some ways a European Championships could also rekindle interest from a big club in the West. The rouble crisis, and the economic recession in Russia has changed the economics of football in the Russian Federation—even at a big club like CSKA. Furthermore Akinfeev has now won everything in Russian club football—both on the club and the personal level—and might therefore be motivated to seek a new challenge elsewhere. 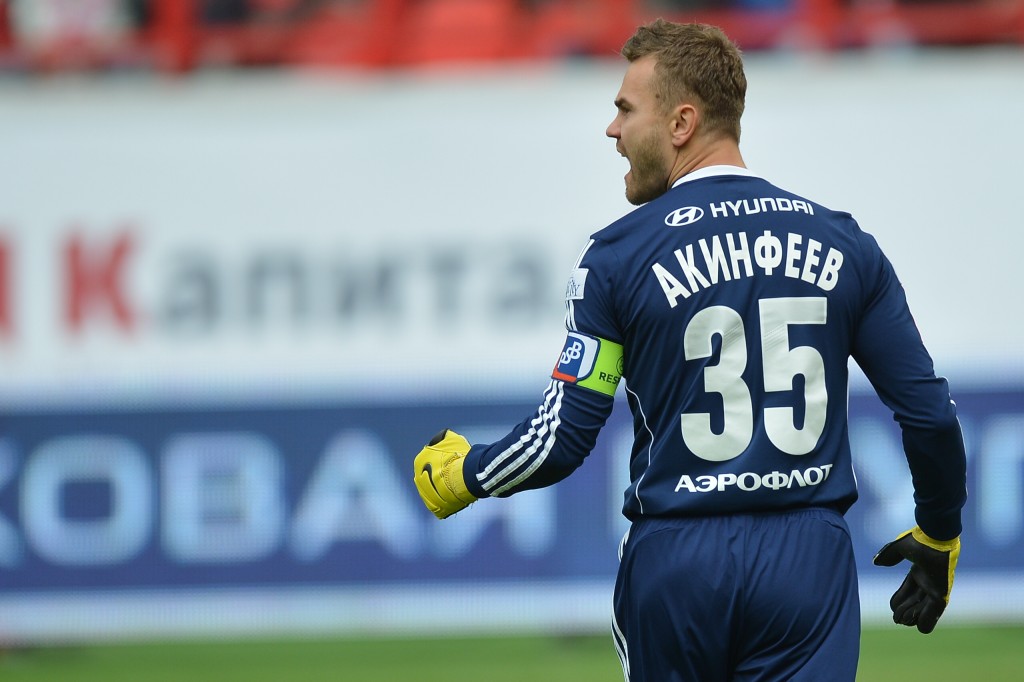 Akinfeev has broken several records in the RFPL this season – Image via zastavki.com

CSKA Moscow are currently first in the RFPL in what has been the tightest title race in recent history. Akinfeev now ranks first in the Lev Yashin club (keepers who have reached 100 or more clean sheets) with the most clean sheets out of any Russian and/or Soviet keeper with a total of 237. He also ranks first in clean sheets in the RFPL with 148—one more than former Spartak Moscow keeper Rinat Dasaev. Akinfeev also became the first keeper in Russian and/or Soviet history to win 200 games with one club. These are outstanding achievements for a player, who is only now 30-years-old.

Most keepers are considered at their prime at 30, and considering the fact that Akinfeev has already cemented his place as a CSKA Moscow legend, it would not be far fetched to think that he could leave the club in the summer for a new challenge. Of course this will only be possible if Akinfeev plays a perfect tournament in France this summer, as otherwise the critics that have doubted him in the past could come back to haunt him.