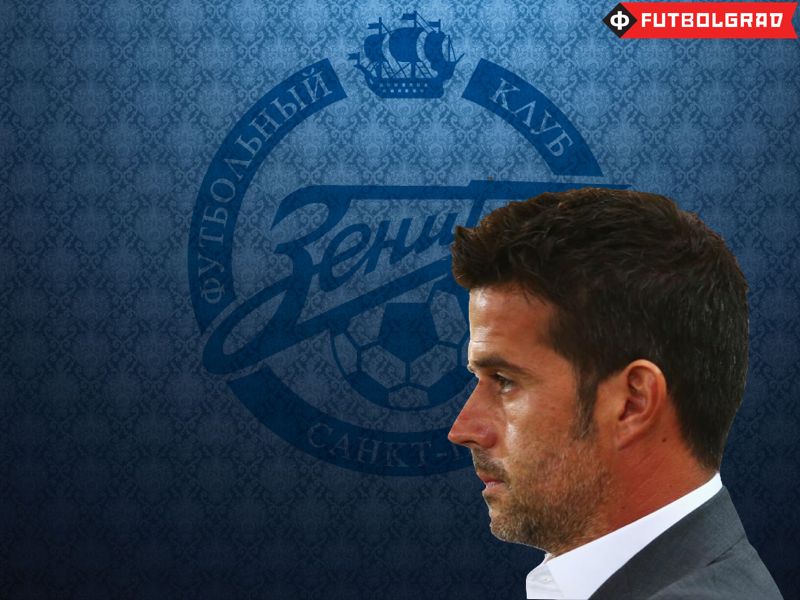 The winter break could not come early enough for Zenit Saint Petersburg, as the first half of the Russian Football Premier League (RFPL) can best be summarized as a disappointment for the club. After 18 league games, Zenit are currently sixth in the RFPL behind CSKA Moscow, Rostov, Lokomotiv Moscow, Spartak Moscow, and Krasnodar.

Most of the early season headlines centred on André Villas-Boas’ departure from the club at the end of the season. Indeed, Villas-Boas would have been fired by the club if it hadn’t been for their stellar performance in the Champions League. Also positive is the fact that Zenit are only seven points behind the league leaders CSKA Moscow and if the club can finally achieve some consistency in its league play, a title push could actually still be in the cards.

Indeed much of the early season inconsistency has its roots in the uncertainty surrounding Villas-Boas’ position at the club. Now, with the club away on training camps in Qatar and Portugal, Villas-Boas should be able to rally his troops for a successful title defence in the RFPL and a run in the Champions League—Zenit are facing Portugal’s Benfica Lisbon in the next round.

At the same time, however, Zenit’s management is working hard to find a replacement for the departing coach. The club is likely highly motivated to resolve the situation sooner rather than later, in order to ensure that they focus solely on sporting matters in the spring.

The club has been already quite clear that they want to hire another experienced foreign coach. This makes it unlikely that Zenit would chose Berdyev, Vrba, or Semak and Radimov (although both could get a chance further down the line). The most likely candidate appears to be Prandelli, as the Italian is currently without a job. Furthermore, Zenit has a history of Italian coaches and Italian former Zenit coach, Luciano Spalletti, oversaw one of the club’s most successful periods.

Yet, the most intriguing candidate is Olympiacos coach Marco Silva. According to the Greek media, Silva had already discussed a possible contract with Zenit—reports that were later denied by Marco Silva’s agent Carlos Gonçalves. At this stage, however, the agent’s statements have to be taken with a grain of salt because Gonçalves who also manages Villas-Boas, already has strong business ties to Zenit.

Silva’s achievements at Olympiacos this season are substantial: The club has won 16 out of 16 games in the Greek Superleague this season with a goal differential of 44:9. Also, when placed in a Champions League group with Bayern Munich, Arsenal, and Dinamo Zagreb, Olympiacos came within a hair’s breadth of qualifying for the knockout stages of the Champions League.

On the field, Silva’s football philosophy is very similar to that of Villas-Boas, which would allow for an easy transition, and very little changes in Zenit’s squad. This would not be the case if Zenit where to bring in someone like Prandelli whose defense-first mentality would demand major structural changes to the squad.

It remains to be seen who will take over at Zenit in the coming season. But because Zenit’s management will want to avoid unnecessary speculation that could distract players in the coming months, a decision from the Petrovsky Stadium is expected soon.