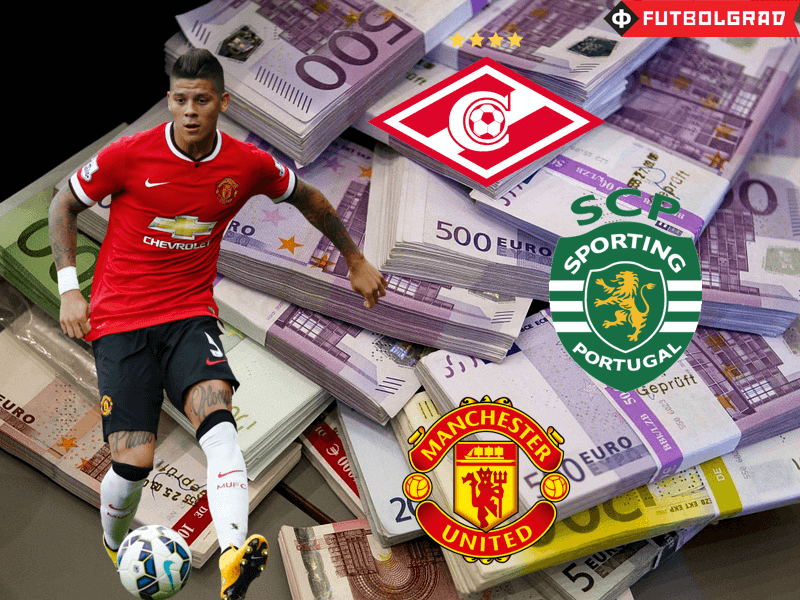 Football Leaks has published the Court of Arbitration for Sport (CAS) Arbitral Award on the Sporting Lisbon vs Doyen Sports case. The case concerned the economic rights of the Argentinean defender Marcos Rojo, and his transfer from Sporting to Manchester United in the summer of 2014.

Sporting had bought Rojo from Spartak Moscow in the summer of 2012 for €4 million—paid in four instalments of €1 million each. According to the CAS documents Sporting was already in the early stages of negotiating a deal with Doyen Sport, a deal that would see the player agency provide Sporting with the necessary funds to secure the defender from Spartak. 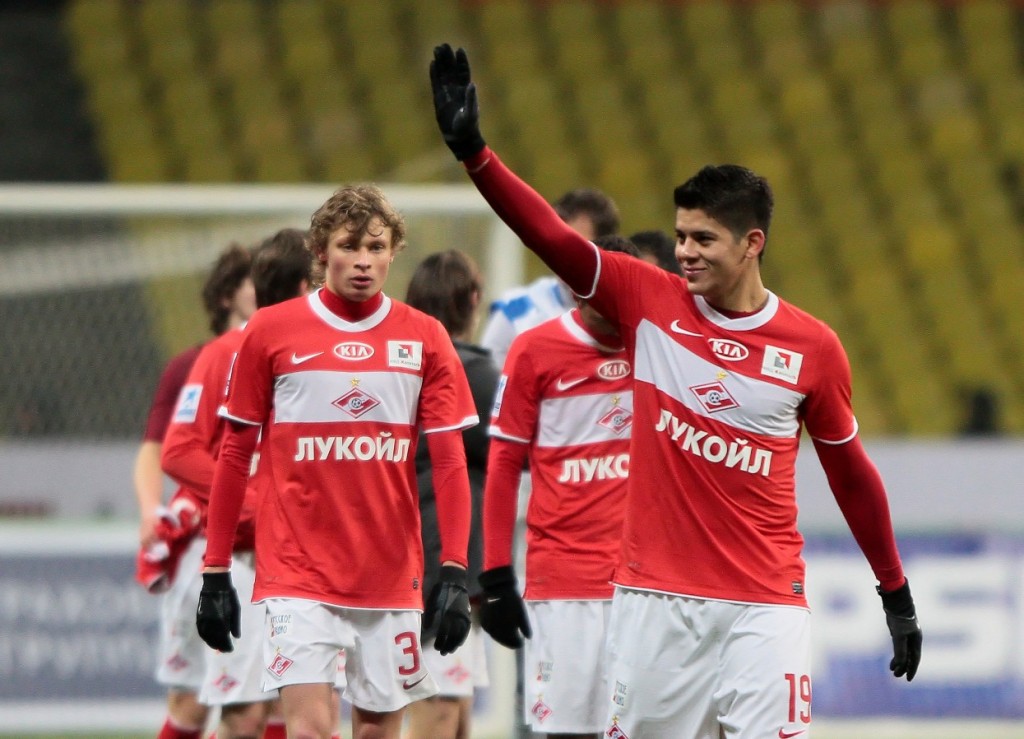 Marcos Rojo during his time at Spartak Moscow – Image via turnstyle.co.uk

Sporting, however, argued that they were already in advanced talks with Spartak Moscow over the rights of the Argentinean defender, when they approached Doyen with the deal.

Following the deal Sporting signed the agreement with Doyen Sports, which saw Doyen take control of 75% of Rojo’s economic rights for €3 million. The deal also included a clause that would allow Sporting to buy back the 75% of the player’s economic rights after July 1 2015. 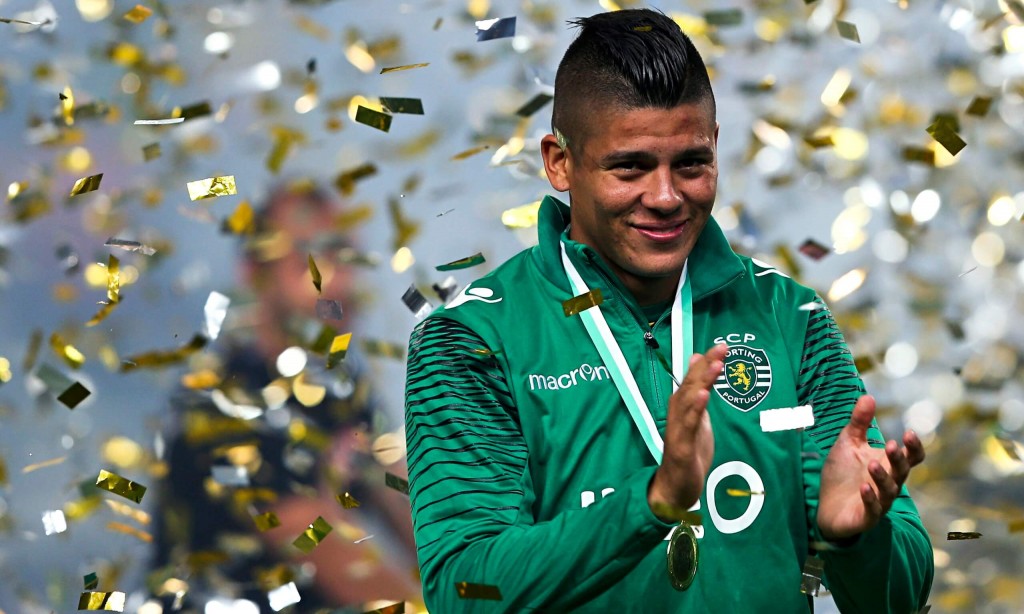 Marcos Rojo during his time at Sporting Lisbon – Image via Guardian

The documents also highlight that Sporting was in contact with Doyen Sports representatives shortly after the deal was negotiated with Spartak, and show that Luis Godinho Lopes, Sporting’s president at the time, had already signed an agreement with Doyen on July 20 2012—just one day after the negotiations with Spartak were completed.

This suggests that the officials that were in charge of Sporting at the time were conducting their negotiations with Spartak knowing full well that they would not be able to conclude the deal for Rojo without the help of the investment fund.

Sporting had to pay €11 million to Doyen for Rojo

As a result of the court case Sporting was ordered to pay to Doyen 75% of the €20 million they received for Rojo from Manchester United in two payments of €5 million (€10 million)—Sporting had already paid €4.8 million to Doyen Sports in August 2014, which makes up for the missing 25%. Furthermore, “Sporting shall pay within three days [of a concluded Manchester United transfer- to Doyen 75% (seventy five percent) of any amount that might accrue to Sporting as a consequence of its rights to 20% (twenty percent) of the excess of any future transfer compensation of Mr Rojo from Manchester above EUR 23,000,000 (twenty three million euros).”

Lastly Sporting was effectively found guilty and had to pay 90% of the costs of the arbitration, as well as CHF 40,000 towards Doyens’ legal fees.

The case was widely reported in the press at the time as Sporting’s president Bruno De Carvalho, who became president after the deals were made with Doyen, told the Guardian that the deals with Doyen were “invalid because it gave the investment fund the right to “manipulate” the club’s decision.” He further claimed that Sporting did not want to sell Rojo to Manchester United, but that Doyen offered the player “to Manchester United and all the world” after his successful 2014 World Cup.

Doyen insisted that they had not tried to influence club’s decisions. “We categorically do not manage or influence the player and we ensure that is written into every contract we have with the club. This is the first ever issue we have had and it is with a specific president who now wants to renege on a bona fide contract that his club has signed. We welcome taking the matter to court.”

Yet the proceedings highlight the dangers of Third-Party Ownership, as clubs effectively don’t control their prime assets—the players. The ASSR International Sports Law Blog has found that the business is clearly lucrative for investment funds, such as Doyen Sports, but that for the clubs this can lead to severe negative financial impacts. 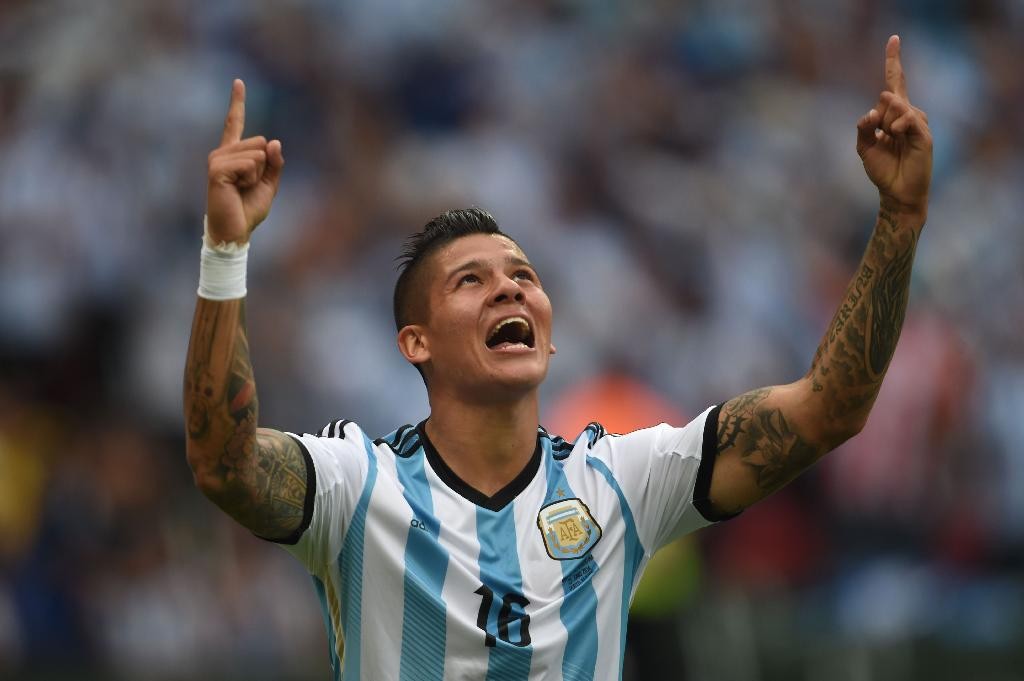 In the case of Doyen, Rojo’s transfer to Manchester United made sense despite the fact that they argued that they had not tried to influence the player decisions to leave Sporting, as the summer of 2014 was the last time they could expect a major windfall from their investment. Sporting on the other hand wanted to hold on to the player, as they had an option to buy back the 75% owned by Doyen after July 1 2015. Furthermore, there was also the 20% clause signed with Spartak Moscow, which would expire on August 31 2015. Hence, it was in Sporting’s interest to hold on to the player for at least one more season.

Sporting, and De Carvalho therefore believed that Doyen forced the club’s hand, but in the end CAS sided with Doyen Sports, as Third-Party Ownership deals were not forbidden by FIFA at the time. The CAS, however, also stated that the documents should not be published, but thanks to Football Leaks we now have insight in what really transpired when Rojo was bought by Sporting to Spartak Moscow.