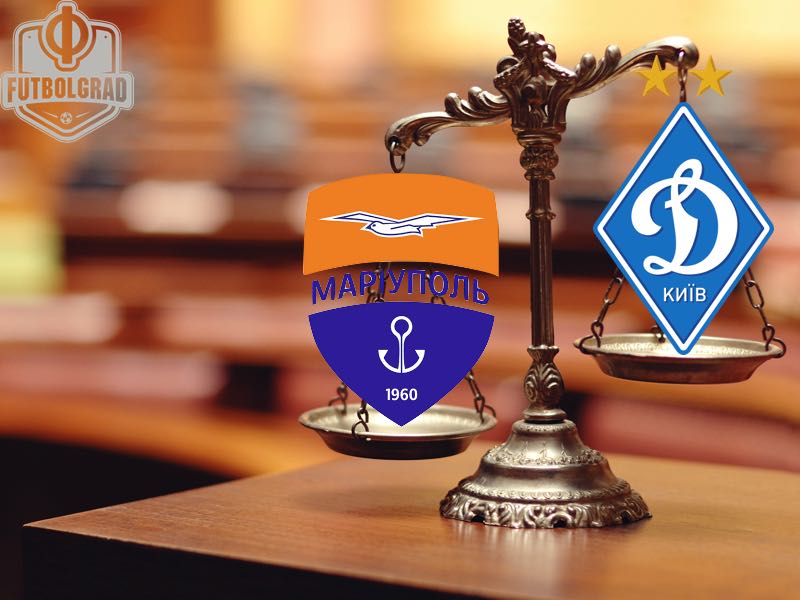 In the end, they did show up. Ten months ago, Dynamo Kyiv officials first announced that they would not travel to newly promoted FC Mariupol due to security concerns. In August Dynamo followed through on their threat and failed to turn up for their fixture, an incident that would later be referred to as Mariupolgate.

Two months ago, the Court of Arbitration for Sport ruled against the club in its case against the Football Federation of Ukraine and FC Mariupol were awarded a 3-0 technical victory. And on Sunday, April 1st, Dynamo finally made it to Mariupol and left with three points following an eventful contest both on and off the pitch.

Dynamo president Ihor Surkis, who after the CAS decision announced that he would once again demand security assurances before letting his squad travel to Mariupol, was uncharacteristically quiet in the buildup to the match. No more public demands were made, nor were assurances given, and yet Dynamo made the journey, along with its U-21 and U-19 squads.

Dynamo walked onto the pitch wearing shirts saying “Ukraine, Mariupol, we are stronger together.” Perhaps this was meant as a gesture of reconciliation; Dynamo had been widely criticized for publicly taking a patriotic stance, yet refusing to travel to a city close to the front lines yet fully controlled by Ukrainian security forces. The wording still raised some eyebrows for seemingly implying that Ukraine and its Azov Sea port city were somehow separated. 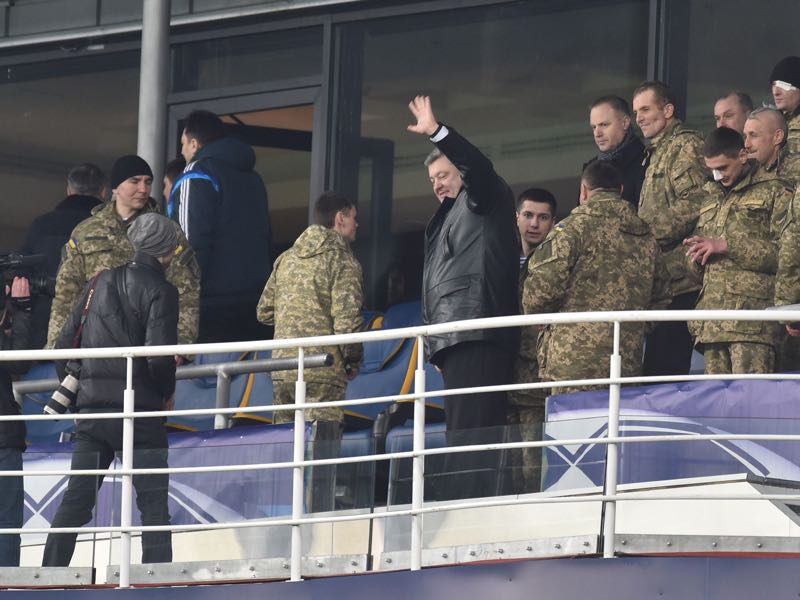 Petro Poroshenko likes to appear at football games and following Mariupolgate his appearance made for good PR. (GENYA SAVILOV/AFP/Getty Images)

The match itself acquired a symbolic value that exceeded its sporting significance and was visited by the president of Ukraine, Petro Poroshenko. His decision to attend the match was not without controversy and was nearly the cause of a mini-scandal. To accommodate the president’s schedule the kickoff time was moved from 14:00 to 17:00, which would have prevented the travelling Dynamo support from catching the last train home to Kyiv. However, the railroads adjusted the schedule and the Dynamo faithful were able to catch the train.

The supporters greeted Poroshenko with a banner with the words “suitcase, train station, Maldives,” referencing a scandalous tropical vacation that the president took in early 2018 that was reported to have cost $500,000. The ultras of both FC Mariupol and Dynamo also ended up in a confrontation with the police that left no fewer than nine members of the security forces injured. For all the talk of the security situation in Mariupol, in the end, the biggest threat came not from separatists or Russian agents but the ultras of the two teams themselves.

With no lack of controversy off the pitch, the spectacle on the pitch also delivered. FC Mariupol took a 1-0 lead through Andriy Totovytskyi in the 29th minute after Dynamo keeper Denys Boyko misjudged a cross.

FC Mariupol maintained their advantage until halftime, but the introduction of Dynamo’s 19-year-old midfielder Mykola Shaparenko at halftime proved decisive. Three minutes into the second half Shaparenko set up Artem Besedin for the equalizer. He then scored his first official goal for the club in the 65th minute, a stunning volley from the edge of the penalty area that will live long in the memory.  Shaparenko was named the UPL player of the week for his efforts.

Dynamo’s 20-year-old prodigy Viktor Tsygankov already named the club’s eighth captain of the season, doubled his side’s advantage in the 72nd minute before Totovytskyi pulled one back for the home side six minutes later. 3-2 is how it ended. The much-anticipated match managed to live up to expectations just by taking place. Anything else was an added bonus given everything that surrounded Mariupolgate.